NFTs, or non-fungible tokens, will become an integral part of the “tech investment megatrend” of the next decade, says the CEO of independent financial advisory and fintech organisation deVere Group.

NFTs are digital collectibles that are encoded onto a blockchain - the same technology on which cryptocurrencies run - creating a unique digital watermark showing ownership and the digital rights to that collectible.

In April, auction house Christie’s sold “Everydays” the First 5000 Days,” a digital artwork in JPEG form by an artist known as Beeple, for US$69.3 million – making it the third-most-expensive work ever sold by a living artist.

“The temporary drop in NFT transactions in the last few weeks is not surprising. It’s still a very new market that many investors still do not understand or even know about.

“However, technology will inevitably be the investment megatrend of the decade and, I believe, that we can expect NFTs to become an integral part of this.

“First, our daily lives are becoming ever more tech-driven – and this is picking up momentum all the time.

“Second, it is about demographics. With the younger demographic – who are “digital natives,” having grown up under the ubiquitous influence of the internet and other technologies – who have increasing spending power, there will be increasing demand for tech-orientated products such as digital investments.

“Third, there’s increasing interest and investment in cryptocurrencies, which is how NFTs are purchased.

“Artists and musicians for example can provide enhanced virtual experiences for collectors and buyers, they can prove their works are not counterfeited, and they can include criteria to get royalties every time their works are resold in the future.”

Green recognises that there are still many NFT sceptics.

“Some traditionalist commentators have dismissed NFTs as a fad and/or a bubble about to burst. I would suggest that these would have been the people, including some tech experts, to have also dismissed the internet in the 1990s and the likes of Amazon in the 2000s as ‘hype.’

“The bottom line is that millennials and Gen Z especially have digital lives and it’s natural to want to take digital representations of luxury brands, music and art into these worlds - and now they can – and this has value.”

There is a warning: “NFTs will have growing dominance within the tech investment megatrend of this decade.

“But the market is very young and highly speculative at this stage and, as such, the risks are high. Extreme caution must be exercised.

One stock to watch

Although, it has been quiet lately, there is a great deal of macro movement surrounding it.

According to local media, VW and EMH’s project partner CEZ are talking about building an electric vehicle battery factory in the Czech Republic – just 64km away from EMH’s lithium project.

This could mean (although we are not saying it will happen, just that it could) EMH is getting closer to a coveted offtake agreement?

An offtake agreement would be huge news for EMH, and would likely re-rate the stock.

Czech automaker Skoda is owned by VW and is seeking a local gigafactory in Czechia – negotiations are advanced with CEZ on this matter.

EMH’s Cínovec project is located in the northern Czech Republic – the epicentre of over a dozen new and planned lithium-ion battery factories, on the doorstep of dozens of potential customers.

EMH is racing to become the first local EU battery grade lithium producer to deliver to this emerging local industry.

The best performer this week is Energy up over 7 per cent followed by Utilities up over 4 per cent and Materials up over 2 per cent. The worst performing sectors include Healthcare, Information Technology and Consumer Discretionary, as they are just in the red so far this week.

As Wealth Within’s Dale Gillham says, “In a strong move not seen since late last year, the All Ordinaries Index is looking bullish after two weeks of solid gains, which is a great sign. Over the last eleven days, the market has only traded lower than the previous day on two days and our market has continued up to achieve a new all-time high.

“Like everyone, the bull in me would like to see this last forever, however, we know that all markets eventually fall away. Right now, we are getting close to the target I mentioned last month of 7,600 points, and while the market could trade higher to around 7,800 points before it falls away, the realist in me suggests that we should expect the market to peak and start to fall away anytime soon.

“My preferred sectors this year still include Energy, Materials and Financials, as there are some good opportunities with the bigger blue chip companies, That said, I would caution those with a fear of missing out right now because lately I have seen investors buying into 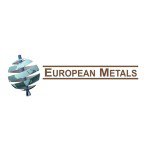