The Net Neutrality threat: why the internet may never be the same again


In case you missed it, net neutrality is in trouble.

Led by Chairman Ajit Pai, the US Federal Communications Commission voted in favour of removing the Open Internet Order on December 14.

Even though the vote has dominated recent headlines, you’d be forgiven for wondering what ‘net neutrality’ actually means.

In short, net neutrality is the principle that internet providers must enable equal, impartial access to all websites and applications regardless of the source.

Under the Open Internet Order bill passed by the Obama government in 2015, providers were prohibited from:

In short if the FCC’s vote is passed, ISPs will be able to control users’ internet experience.

With time, your internet service options could look like this. 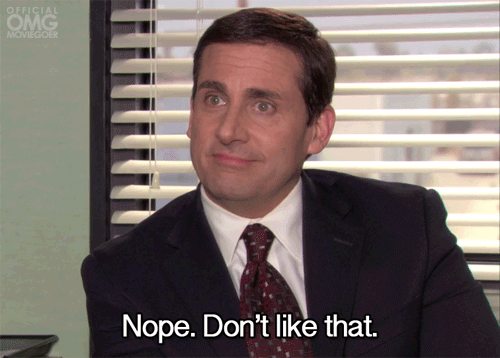 And a phone chat with your internet provider may sound something like this:

You: Please help me, my internet is cooked. It’s taking me five minutes to load a single youtube video. I’ve had technicians out to look at my router, but no luck. Is there anything you can do?

ISP: Why sure! Just to confirm, you are having trouble watching videos online?

You: Yes, I have no idea what’s going on. I used to be able to stream or watch anytime, anywhere.

ISP: No problem loyal valued customer, we can fix this for you. For $10 per month you will be able to watch your favourite videos in 1080p with no hitches.

ISP: No problem. That will be an extra $10 a month on top of your ‘base’ package.

You: What? Well at least I’ll be able to watch youtube and play my games now too. The download client on Steam crawls at the moment.

ISP: Did you say Steam? Ah, that will be an extra $5 per month. Video streaming and our ‘gamer’ package are two different expansion packs. You’ll need both to get the optimal speed.

ISP: That’s right. Could we also interest you in a $5 Amazon shopping booster pack?

Can the decision be reversed?

Under the Congressional Review Act, Congress can issue a resolution of disapproval and overrule the FCC’s decision. However, the CRA specifies that Congress has just 60 days to do so.

Furthermore, the resolution requires Presidential support or backing from two thirds of the House and Senate. Fight for the Future, which is one of several pro-neutrality groups, has urged Congress to knock back the FCC’s recommendation.

“Net neutrality has more public support now than it has ever before,” a statement from the group said.

“Internet users are educated, outraged, and strategic, and they know that Congress has the power to overturn the FCC vote. Lawmakers cannot hide from their constituents on this issue.”

US Senate Minority Leader Chuck Schumer has already indicated his intentions to call for a vote to reinstate net neutrality. He stated earlier this week: “We can bring it to the floor and force a vote. So, there will be a vote to repeal the rule that the FCC passed.”

New York Attorney General Eric Schneiderman is leading a multi-state lawsuit, which will sue the FCC for overturning neutrality.

“This rollback will give ISPs new ways to control what we see, what we do, and what we say online,” Scheiderman said.

“That’s a threat to the free exchange of ideas that’s made the internet a valuable asset in our democratic process. The FCC just gave the Big Telecom an early Christmas present, by giving internet service providers yet another way to put corporate profits over consumers.”

While Australians will not be impacted directly if the FCC has their way, Australia has no laws ensuring net neutrality.

Tim Singleton-Norton of Digital Rights Watch believes that net neutrality laws in the US set the benchmark for Australian providers. With those protections now under threat, local ISPs could follow a similar path.

“With that now [potentially] gone, we’re worried about what Australian operators will see as an opportunity to change that,” Singleton-Norton said.

“In fact, we’ve already seen some comments, such as from the CEO of Vodafone Australia, that he is willing to look into this as to how he could change processes here in Australia.”

“The danger, I suppose, is it could be foreseeable in the future to have a scenario where Fairfax Media or another large media corporation will then start to buy into the telco ISP space and therefore be able to regulate information that users are able to basically consume by the internet.”

It’s no overstatement to say that if you take away net neutrality, the internet as we know it will be gone.