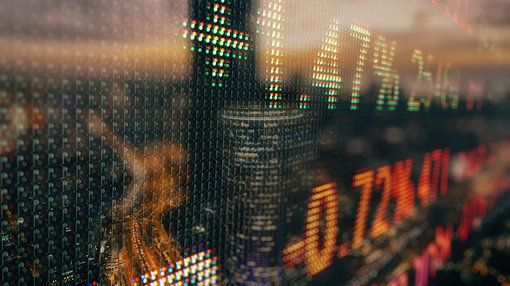 While the Dow closed the week on a negative note, shedding circa 60 points all the focus was on the quarter on quarter gain. The index finished the December quarter on 19,763 points, and went on to post a 900 point rally in the March quarter to close at 20,663 points on Friday.

Even more impressive is the year-on-year increase of nearly 3000 points, representing a gain of nearly 17%.

The NASDAQ has also acquitted itself well, only falling three points on Friday and sitting not far below the record high that was set in March, representing an increase of nearly 10% for the quarter.

It was a similar story in the UK as the index recorded a decline of 0.6%, finishing at 7322 points. Mining stocks placed a significant drag on the index. GDP data was relatively weak with the economy growing 0.7% in the December quarter of 2016.

However, once again the focus was on the sustained increase over the last three months with the index recording its fourth straight quarterly rise, finishing the quarter at 7322 points.

Mainland European markets continued their bullish run with the DAX surging 0.5% to close at 12,312 points as it marches towards the the psychological 12,400 mark.

On the base metals front, copper came off slightly, but still closed in positive territory on a week on week basis. Zinc continued its decline, falling from a mid-week high of US$1.28 per pound to US$1.24 per pound.

Nickel and lead made slight gains with the latter just shy of the high of US$1.07 per pound that it struck the previous week after a strong surge.

Supply demand dynamics still look robust for lead with LME warehouse stocks having fallen from approximately 196,000 tonnes in December 2016 to 189,000 tonnes as at the end of March.

Gold continues to hover in the vicinity of US$1250 per ounce, having gained 0.3% on Friday.

The Australian dollar is fetching US$0.762, having come off slightly on Friday.