NASA vs the new kids: will the space giant become obsolete?

When humans eventually leave Earth looking for other habitats, it could be the private space corporations you have to thank for the opportunity and not your government representative writes Justin Ware.

Around 60 years ago when the original ‘space race’ took place, almost all progress was made via the intent and political posturings of government bodies.

The first moon landing during the Apollo 11 expedition ensured NASA, the independent agency of the executive branch of the United States federal government, became the most prominent of the space race participants.

However there were others.

The USSR’s space program had its moment in the sun, but ceased to exist upon the collapse of the union.

Today, NASA is not the exploration giant it once was and the Russian Aviation and Space Agency has done little of note for some time.

The third major cog in the wheel is China, however the Chinese government’s space program is only in its infancy.

While we don’t hold NASA to the same reverence we once did, its ambition is still invaluable to exploration beyond earth’s borders. NASA’s Cassini satellite is undertaking its ‘Grand Finale’ as we speak. It also recently announced that it was working on unique nuclear fission reactors for a small Martian colony.

There’s a lot to look forward to, however NASA’s importance in space exploration looks to have been superseded by private organisations, especially when you consider the constraints put on it including budget cuts under the Trump administration.

NASA will have around $560 million dollars less to play with in 2018, which means it is private companies who are now leading the way.

Blue Origin and SpaceX are emerging as the leading innovators, with both undertaking significant projects and research.

Blue Origin was founded in September 2000 by Amazon CEO Jeff Bezos. Bezos put it this way: ‘The vision for Blue [Origin] is pretty simple. We want to see millions of people living and working in space.’

Blue Origin achieved history in 2016 when it re-launched a previously used rocket, something that had never been done before. SpaceX mirrored Origin’s feat the following year.

“The government was never able to [build reusable rockets], but now, two private companies within the space of the same year have done that,” said Chris Lewicki, CEO and President of Planetary Resources – a company that is aiming to mine asteroids.

“If you can recover those engines and they’re fine, you can save an awful lot of money,” said Carissa Christensen, CEO of aerospace consultancy Bryce Space and Technology.

“You start to realize some cost savings, which allows you to start noticeably dropping the price of your missions. And if you can get the price down to 30 or 35 million [dollars] per mission, nobody else can come close to that.”

Furthermore, Blue Origin is close to completing its new space engine – the BE-4. The engine has been in development since 2011, and is touted as a reusable rocket engine possessing exceptional longevity.

The company has also contracted Boeing to design and build the DARPA XS-1 – a reusable spacecraft that can reach hypersonic speeds. With Bezos at the helm, there’s little surprise Blue Origin is turning heads in the new kind of space race. 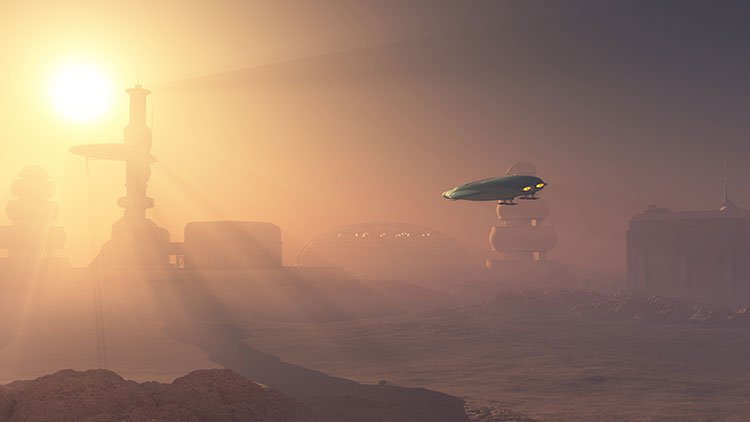 Then there’s SpaceX, Elon Musk’s ‘just for fun’ company. SpaceX was launched in 2002 as a result of Musk’s vision for colonising Mars.

In an effort to not be outdone by Blue Origin’s latest BE-4 developments, SpaceX executed back-to-back rocket launches in 48 hours in the past week – and came close to completing a third launch on July 2.

SpaceX has also cut the average cost of a launch by half, and is planning to send an unmanned probe to Mars by 2020 – with a manned mission in 2024 to follow.

Earlier this year, Musk announced that SpaceX had been contracted by two individuals to be sent on a free trajectory return trip around the Moon. This event would be the first instance of lunar/space tourism, which would be a truly ground-breaking achievement. The launch is tentatively scheduled for 2018, with SpaceX preparing the two pilots for the expedition.

What does this mean for NASA?

While these developments show that Blue Origin and SpaceX are on an unprecedented roll, they also point to NASA’s decreased influence in the industry.

Relations are amicable enough, but Blue Origin and SpaceX are direct competitors, and NASA’s willingness to outsource contracts to both could set a precedent for its budget to be cut further.

Unlike Blue Origin and SpaceX, NASA is completely dependent on federal cooperation and does not possess the relative freedom and growing cash balance of its counterparts.

It may not warrant a ‘Houston, we have a problem’ just yet – but as we enter unprecedented territory, it will be intriguing to see how the newer, more agile competitors affect NASA’s position moving forward.