Mining may just have a tiny problem on its hands.

Earlier this week the Western Australian Environmental Protection Authority knocked back a uranium project in the goldfields region.

There is nothing particularly strange about that, except that the EPA knocked back the application because of creatures which are less than 1mm in length and are found deep underground.

They’re referred to as ‘stygofauna’, and the EPA was concerned that the uranium project would wipe out the stygofauna in the area – a species about which little is known.

“The stygofauna habitat at Yeelirrie is particularly rich, with 73 species recorded – more than anywhere else in the northern Goldfields,” EPA chairman Dr Tom Hatton said.

“Despite the proponent’s well considered management strategies, based on current scientific understanding, the EPA concluded that there was too great a chance of a loss of species that are restricted to the impact area.”

While they’re pretty abundant in almost all regions of Australia, they’re especially prevalent in arid conditions where the heat forces them to seek out cold, dark conditions deep underground.

Not great news for Australia’s miners, who usually seek to mine in those same arid conditions.

The ironic thing is that the environmental studies included in getting mining projects up and running are often responsible for finding said stygofauna; there’s no real scientific push to catalogue them, and as such we don’t know a heck of a lot about them. 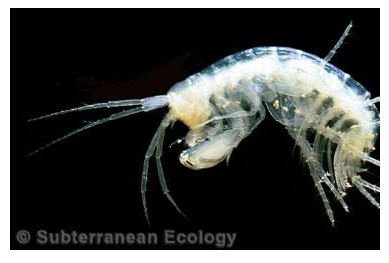 What we do know is that they appear to play a role in nutrient cycling – which helps affect the quality of the environment in which they live.

In this case, the environment happens to be groundwater.

The thing is that it’s very hard to study them out in the field, and it’s also difficult to keep them alive in the lab – so that also contributes to us not knowing a lot about them.

It could be that the effect of stygofauna on the ecosystem could be overstated, but we just don’t know. Further research is needed, and you can’t really study them if mining projects wipe them out.

Most environmental authorities are almost now obligated to take stygofauna into account when assessing whether or not a mining project gets up.

The Yeelirrie decision also isn’t the first time stygofauna have been use to try and derail mining projects.

Back in 2013 stygofauna were used as a way for environmentalists to lobby the NSW government to put a halt to Santos’ CSG project in the Narrabri region of NSW.

The question is whether or not stygofauna could represent a massive problem to the broader mining industry.

After all, any project which draws down on water (which is a fair few of them), could be susceptible to invading the environment of these stygofauna.

In the case of the WA EPA though, there’s a school of thought that the project was unlikely to go ahead anyhow as the price of uranium is not currently high enough to support it.

In that context, is the EPA simply taking a safe approach knowing that the project is unlikely to get up? If the commercial weight is there, does the EPA take a similar line?

The project proponents can still appeal and the state’s environment minister still actually has the power to override the EPA’s recommendations, but the question is whether the EPA’s approach to stygofauna would be as rigorous for a project which has a better chance of financially benefitting the state.

Only time will tell.