Mining the latest industry to be hit by automation 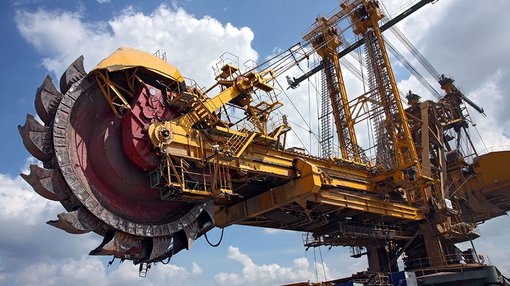 Mining could be the latest sector to embrace automation despite concerns over a skills shortage, according to Newport Consulting’s Mining Business Outlook Report.

The 2017-18 report, published January 24, assessed the impacts of automation on the industry and also noted that optimism among miners was at its highest in two years.

The document has called for industry leaders to prioritise upskilling, as the belief that miners will ‘not be able to fill a growing skills gap in the workforce’ continues to grow.

The report claims that substantial adoption is taking place already via drones. Drones have been increasingly utilised to map and survey highly prospective regions, and are able to access underground mines and areas that would be otherwise inaccessible to workers.

Director of Unearthed Solutions, Zane Prickett believes there is an invaluable opportunity for Australia to reshape the future of mining as the ‘digital mine’ draws closer.

“We’re just at the tip of the iceberg for disruption, we need to stop skirting around concerns regarding automation. Instead, we need to embrace change. Miners should put together a plan on how to upskill, support and develop miners of the future,” he said.

“We have a gap in the number of technical people trained up for future autonomous roles. Training and developing talent is a key way to stay ahead of disruptive automation and technology.”

David Hand, Managing Director of Newport Consulting, believes the outlook for mining in Australia is encouraging.

“Despite lingering challenges and hurdles yet to come, all signs point to the steady comeback of the mining sector. The sector has finally hit a turning point and the Australian government has a golden opportunity to help miners prosper,” he said.

Rio Tinto is one company answering the call to tech adoption, having recently partnered with the Western Australia government and TAFE to provide much needed training.

Thanks to the deal signed last October, Rio will pledge A$2 million to develop additional vocational courses that will increase the potential of current employees to manage data analytics, robotics and advanced IT systems.

“Rio Tinto believes it is now more important than ever to strengthen vocational education and training for the jobs of the future as new technologies and innovation transform industries across the state and the country,” the company’s Iron Ore chief Chris Salisbury said.

“I invite my industry partners, who are also investing in automation technology, to join us in this collaborative education initiative as our economy continues to diversify.”

The company has also been busy on the research and development front, having recently indicated that Project AutoHaul was making ‘strong progress’. The project will see autonomous trains replace conventional locomotives, in an effort to streamline Rio Tinto’s operations in the Pilbara region.

AutoHaul gained considerable momentum in October 2017 when the company informed key shareholders that it had successfully completed its first fully autonomous train journey of over 100 kilometres.

It’s believed that upon completion of the project by late 2018, Rio Tinto will be able to increase its shipped iron ore tonnages in the region to over 350 million tonnes per annum.

“Rio Tinto is proud to be a leader in innovation and autonomous technology in the global mining industry, which is delivering long-term competitive advantages as we build the mines of the future,” Salisbury said.

“New roles are being created to manage our future operations and we are preparing our current workforce for new ways of working to ensure they remain part of our industry.”

Rio Tinto is heavily reliant on rail in the Pilbara region of WA, utilising some 200 locomotives to transport ore from 16 mines to four port terminals.

About the Mining Business Outlook Report

The report aims to act as an ‘independent health check’ on the Australian mining industry by exploring the views of Australia’s mining industry leaders. Over 50 mining executives and persons of interest were interviewed for the 2017-2018 report, which is the eighth edition.

According to the report, research into automation and tech adoption was fast-tracked after a significant period of downturn over the past five years.

Dragontail surges 20% on back of YUM! deal Investing part 4: Bargain buys in the small to midcap sectors When the market bottoms, it’s time to buy again SMSFs expected to outperform in the age of COVID-19

Dragontail surges 20% on back of YUM! deal

Investing part 4: Bargain buys in the small to midcap sectors

When the market bottoms, it’s time to buy again