On a similar front, SVW also owns AllightSykes, a supplier of lighting towers, generators and pumps, as well as owning a 45% shareholding in Coates Hire, Australia’s largest equipment hire business.

There is no doubt there has been a return to confidence in the mining services sector generally, with providers of heavy machinery – whether it be in sales or hire – experiencing favourable conditions after a lean period post-GFC.

Harking back to Caterpillar Inc, its shares hit a five-year high of US$114.71 on August 7, and some technical analysts believe the company is on the verge of a significant breakout after testing the circa US$114 level for six years.

While making this current high is a credible effort in itself, looking back to the company’s long-term price history, it demonstrates only extremely brief spikes above US$110 with quick retracements thereafter. 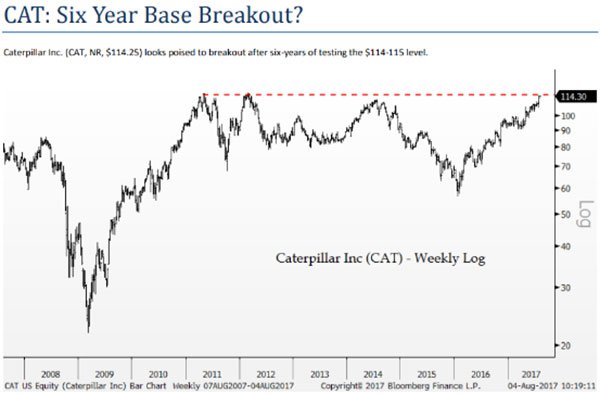 Substantial activity across precious, base and new age metals

CAT’s recent price action suggests investors are confident of further upside. This seems well-founded, given exploration and production activity in the mining sector. Gold has remained fairly resilient and, among the base metals, zinc has been a standout over the last 12 months.

With major projects winding down, demand for heavy machinery – for both the exploration and development of zinc projects – should be healthy.

Copper has also experienced a resurgence, particularly in the last month. Over the last 12 months we have also seen extensive exploration activity in new age metals, predominantly graphite, lithium and more recently, cobalt.

Of course commodity prices do fluctuate and caution should be applied to any investment decision here and not be based on spot prices alone. Seek professional financial advice before choosing to invest.

When weighing up whether an investment in SVW may be a lucrative way of tapping into this trend, it is worth examining its share price movements over the last 12 months.

Shares in Caterpillar have increased 40% over this period. By comparison, as the chart below demonstrates, SVW’s share price has increased circa 70% over the same period, with the recent spike occurring under volumes not seen for more than 12 months.

There was a notable spike towards the end of July on the back of Caterpillar’s news, with an increase from $10.40 on July 24 to a nine-year high of $12.40 on July 27. While most analysts like the story, the company is now trading at a premium of approximately 20% to its consensus 12 month price target. 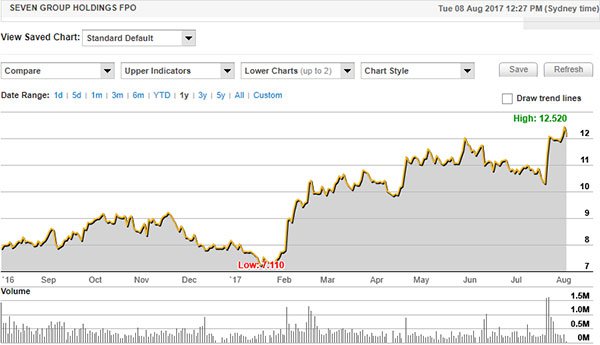 As a guide, analysts at Goldman Sachs reviewed the stock in May and upgraded earnings per share estimates between fiscal years 2017 and 2019 inclusive by between 5% and 11%. The broker also raised its ‘sum of the parts’ valuation from $10.20 to $11.20 saying, “We note that Caterpillar excavator sales volumes in China are up 77% (FY 17 year-to-date compared with previous corresponding period), which should underpin a solid second half result for WesTrac China”.

Even though this broker’s share price target is higher than consensus, SVW’s shares are still trading at a premium. That said, fundamentally the company doesn’t look overstretched. Based on Goldman Sachs’ fiscal 2018 forecasts, it is trading on a PE multiple of circa 16 with the broker’s estimates for 2018 and 2019 implying compound annual earnings per share growth of approximately 19%.

Yet it should be noted that broker projections and price targets are only estimates and may not be met.

A look at macro factors and options outside the majors

However, there are other factors at play. Infrastructure development creates significant demand for heavy machinery. For example, the building of roads not only requires heavy machinery to pave the way for new highways, but there is also a domino effect. Every aspect of the project, from digging trenches for pipes through to the bulldozers that work in quarries to provide the aggregate which is used in road base/concrete/bitumen, requires heavy machinery. 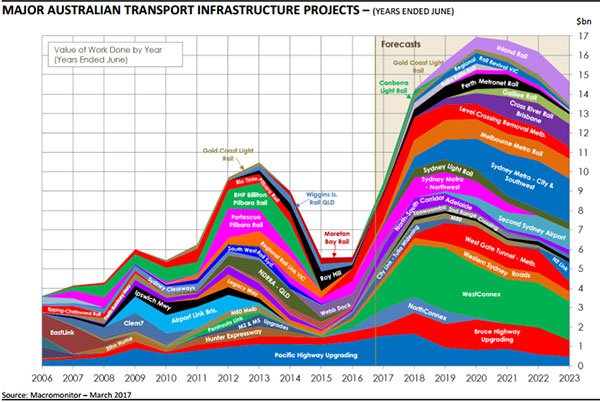 One of Australia’s largest infrastructure development firms is ASX listed Cimic (ASX: CIM). Its forward order book as at mid-July was valued at $35.2 billion. Of this, mining and mineral processing accounted for $9.5 billion, while construction accounted for $15.2 billion. 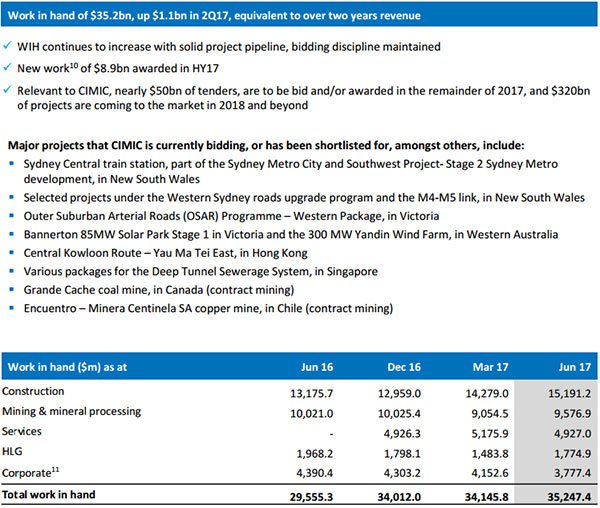 From an infrastructure development perspective, it is also important to consider countries such as the US and China. One of President Trump’s key promises leading into the election was a multi-billion dollar spending program on the infrastructure sector, including the building of highways and bridges and other essential services. 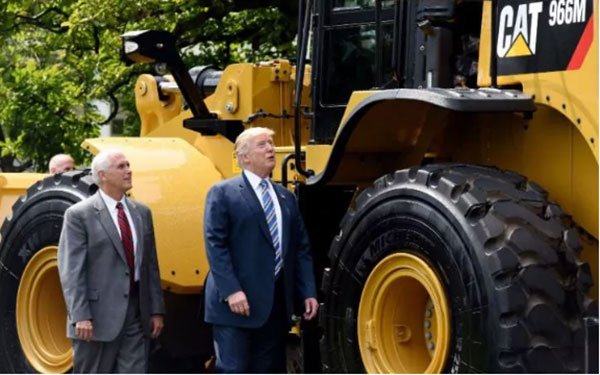 Likewise in China, infrastructure development is hard-pressed to keep up with the fast growing urbanisation that is occurring in major cities. As Goldman Sachs noted in its commentary, Caterpillar excavator sales volumes in China were up 77% on a year-to-date basis when it provided a first quarter update.

Furthermore, history shows that it isn’t just the manufacturers and suppliers of heavy equipment that benefit in these industry conditions. Businesses that hire equipment as a rule also experience robust earnings growth.

Value in small to mid-cap players yet to rerate?

There are a range of ASX listed companies that manufacture and distribute heavy machinery and associated consumables, as well as those that are involved in hiring out such equipment.

It could be that several of these small to mid-cap stocks are yet to rerate in similar fashion to SVW, or are trading on relatively conservative multiples relative to forward earnings expectations.

Of course, they do remain speculative investments and investors should take a cautious approach to any investment decision made with regard to stocks in these industries.

Tomorrow we will look in-depth at which companies to hone in on, and which might be trading on significant discounts to broker/ consensus share price targets.