Michael Klim: Why business is never as smooth as you might think

Michael Klim may have appeared in three Olympics, clinched two gold medals and held the world record in the 100m butterfly twice, but he’s showing no signs of slowing down.

In the 1990s, Klim was the face of an advertising campaign promoting the dairy Industry. So it’s no surprise (or it may just be a slice of irony) that when he turned his attention to starting his own business in 2008, it was aptly titled: Milk & Co.

Since its birth, Milk & Co has had one mission: uncomplicated skincare at an affordable price.

As an elite athlete, Klim understood the importance of personal care and the vital role skincare played in performing at the highest level.

What began as an unassuming marine-based skincare range has since become a global success story, available in 12 countries and stocked by prominent retailers such as Sephora and Liberty. The burgeoning company features three core pillars: KLIM for men, Milk Her and Milk Baby, and features heavily across Australia in Chemist Warehouse, Coles, Woolworths and Priceline (plus more).

The Australian champion recently sat down with Justin Ware to discuss his journey as founder of Milk & Co, which turned 10 this year.

Afternoon Michael, thanks for your time today.

Where did your inspiration to start Milk & Co come from? Was it a logical progression from being in the pool and the skincare/grooming routine that came with that?

To be honest it was a little accidental.

In a sense you’re right, I had some insight due to my swimming days. As you know, chlorine is a very harsh chemical, you’re always trying to minimise its impact.

Towards the end of my swimming career I began to look at what I’d do next. Starting my own company was always an ambition of mine.

I thought it would be more in the fashion space but after being approached by a few skincare brands to serve as an ambassador the pathway became much clearer to me, it kind of took off from there.

You recently celebrated the 10 year anniversary of Milk & Co (congratulations!), what are some of the challenges you faced in the early days of the business and were you ready for them?

Thank you, yeah absolutely – I think I was very naïve, we did have success early, people were keen to hear our story and give our products a go, but I didn’t really know what I was getting myself into.

We had a lot of demand early (which was great), but that creates a lot of stress. There were huge demands on supply and cash flow was an issue. I did not have a good understanding of financial processes and what was needed to scale efficiently. It really was a case of learning on the go which can be incredibly daunting for anyone.

Bringing a private equity firm on board fairly early on in the piece really helped solidify the core business. They added a tremendous amount of value to the company early on: whether it was corporate governance or financial advice, it was an invaluable strategic decision.

That’s not to say those stresses disappeared over night, but we were far better equipped to deal with them moving forward.

That’s really interesting: it’s not always easy to recognise your shortcomings and then surround yourself with a great team. Do you think your experiences within the Australian swimming team facilitated that?

Absolutely, being in that environment taught me the importance of personal growth and the value of others.

I never studied marketing or commerce, but my passion for creating a brand extended from everything I achieved within the Australian swimming team.

Sometimes you want to give up, but you only get out what you put in.

I was constantly innovating, whether it was my stroke, mental approach or what I did in the gym. That’s a powerful but simple concept in business: what are the latest trends? What’s working and what can we try next?

On the teamwork side of things, every member of the team was from a different walk of life but we were united by the same values and the results spoke for themselves. It’s no different in business, and I think that perspective I gained has helped me understand you only get as far as the team around you. 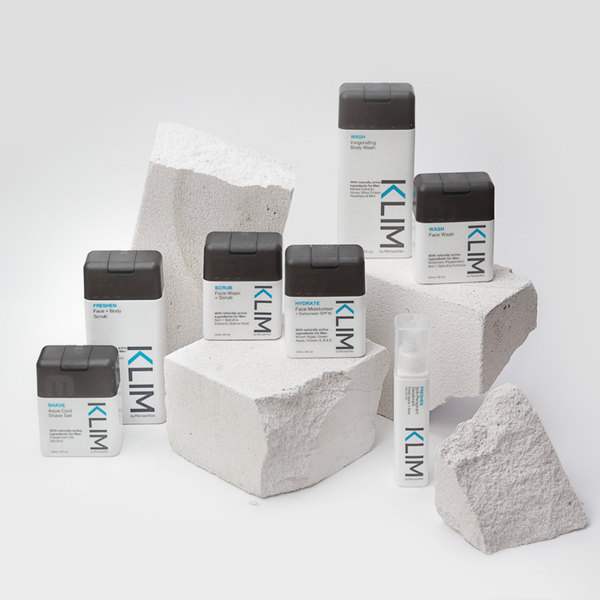 Milk & Co launched its inaugural fragrance product a couple of years ago, do you think there’s a sneaky chance of moving into clothing or accessories down the track?

I’ve always had a passion for active wear and clothing, so we may do that at some point down the line but it’s a tricky area.

As a brand you want to do as much as you can and diversify, start-ups can fall into the trap of wanting to do everything but delivering nothing.

We’ve actually gone the other way: recently we have consolidated our products and our product extensions off our core inventory are strategic and rational.

Our recently launched fragrance range is outside of skincare but it was nicely aligned with our partner Chemist Warehouse, so it made a lot of sense.

You want to be everything to everyone but I have realised over the years it’s important to stay grounded and do what you do well.

For the most part we will continue to seek product extensions within skincare, as a business you need to stick to what you do well and dominate it.

Speaking of those product extensions: you now have over 30 products selling across 16 countries, what’s on the roadmap for Milk & Co. over the next 15 months?

We’re actually in the middle of an expansion into the Chinese market. Over the last 18 months the business has been gearing up to tackle this important milestone, which has involved some rebranding and obviously extensive due diligence.

In the short term we are solidifying an online and bricks & mortar push into 5,000 pharmacies in China which is quite exciting.

The Chinese market is something we’ve taken the time to learn about and we now feel we have sufficient knowledge in that space to make a strong push into the region.

Naturally we’re examining surrounding markets like Japan and South Korea too, which have performed well for some time.

At home we’re looking to shore up our domestic partnerships – as I previously touched on, we have a great relationship with Chemist Warehouse and we look forward to building on that with some new promotions which will drop soon.

Final question. It’s a huge cliché: but is there one thing you’ve learned that you’d pass on to any aspiring entrepreneur or start up out there?

A lot of people just have to believe in themselves when they have an idea.

It’s something a person will talk about at a dinner party or with mates, but having the intention to follow through and be intentional is something I’d really encourage.

If you have a good idea on paper, giving it a crack and take a calculated risk: it can change everything.

If you’re past that initial point then the other thing I’d emphasise every business is going to have its moments.

For me the ups and downs of business have been quite similar to that in the pool, having the ability to keep your cool and ride out those periods can really benefit you in the long run.

Once you work through the problem areas (pricing model, cash flow etc.) and realise you can endure, you’re going to do quite well.

Editor’s note: You can view more of Klim’s philosophy on success here:

Thanks for your time Michael, it was a pleasure. Merry Christmas and Happy New Year.

Thanks Justin, you too.