Markets in holding pattern ahead of US tax relief information 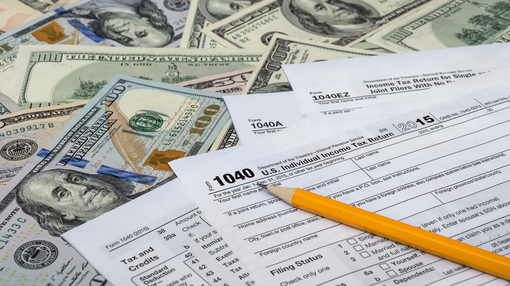 In a lacklustre day’s trading, the Dow spent most of the day in negative territory before finishing the session down 30 points or 0.1%

It appears that the most significant market moving event on the horizon is tax cuts and it is difficult to see a market that has come so far so fast varying much from current levels until the details are released.

The NASDAQ took a dive towards the end of trading to finish at 5833 points, representing a decline of nearly 0.3%

There was little movement in the FTSE 100 with only 30 points being the difference between the low and the high point of the session.

After modest early gains the index finished down 0.15% at 7338 points.

It was a similar story in mainland Europe as the DAX hovered in a tight range, but finished up less than 0.1% after the release of below expectations German factory order data.

The other factor keeping a lid on activity in European markets is the imminent European Central Bank meeting on Thursday. While any shift in rates is seen as extremely unlikely there is the prospect of forward guidance which could have the impact of swaying markets.

On the commodities front, gold moved sharply lower, closing at US$1215 per ounce, a decline of 0.9%.

After an early spike in the oil price from circa US$53 per barrel to US$53.80 per barrel, nearly all of those gains were lost in afternoon trading.

Iron ore continued to hover just under US$90 per tonne.

Base metal prices fell sharply overnight with nickel one of the worst performers as it declined 3.7% from the previous day’s close of US$5.00 per pound to US$4.81 per pound.

Lead was the best performer and its close of US$1.01 per pound represented a fall of circa 0.5%.

The Australian dollar finished just below US$0.76.