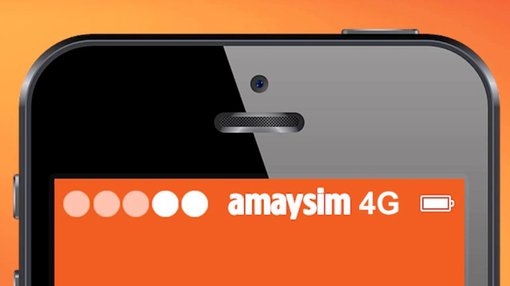 Historical share price performances are not an indication of future trading patterns. Consequently, any investment decision should not be founded on commentary, projections and data emanating from broker coverage or share price trends.

However, with the material impact of Vaya, along with other initiatives taken by the company gaining traction in the second half, AYS delivered an impressive full-year result on Friday.

Analysts at Macquarie Wealth Management noted that the underlying fiscal 2016 EBITDA of $35.4 million was in line with management’s guidance which was in a range between $35 million and $36 million.

This represented robust year- It has been an up-and-down 12 months for diversified telco amaysim (ASX: AYS), both operationally and from a share price point of view.

After listing on the ASX in July 2015 AYS’s shares traded in a tight range in the vicinity of $2.20 before the company announced the acquisition of Vaya providing it with a dual brand strategy, a development that has been important in terms of driving a strong performance in the second half of fiscal 2016.

AYS’s share price was hammered in February, falling from more than $3.00 to an all-time low of $1.30 after the company delivered a poor first half result.

Year-on-year growth of $19 million. However, more importantly it restored faith in the business model and this was evident in the share price response as it increased from the previous day’s close of $1.79 to hit an intraday high of $2.20 before closing at $2.09.

From an operational perspective, the headway AYS has made in a short period of time since it listed on the ASX in July 2015 is impressive. The table below indicates acquisitions made during this period as well as strategic initiatives aimed at attracting mobile users to its brand. 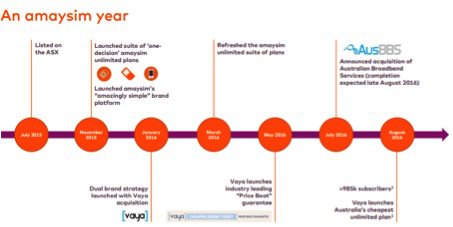 Macquarie is of the view that this has laid a strong foundation for future growth, evidence of which was provided in its full-year result and this prompted the broker to upgrade earnings per share forecasts for fiscal 2017 and 2018 by 7.5% and 2.2% respectively.

The broker also substantially increased its share price target from $2.00 to $2.50 while maintaining an outperform recommendation.

The price target implies a 25% premium to Monday’s closing price of $2.00. While some shareholders may have sold into last Friday’s strong rally it should be remembered that AYS is recovering off what could be considered an oversold base.

Based on yesterday’s closing price, AYS is trading on a PE multiple of 12.9 relative to Macquarie’s fiscal 2017 earnings per share forecasts. As can be seen in the table below, AYS is generating strong growth in revenues, earnings and subscriber numbers, perhaps suggesting that its current forward PE multiple does not take into account the company’s growth profile.

It should be noted that broker recommendations can change, and earnings projections and target prices may not be met.