If you thought your internet connection was terrible – well, you may not be imagining it.

Australia performed poorly across the board, particularly against other Asia/Pacific nations.

To put this in perspective, an ultra HD video on Netflix requires around 25mbps to enable uninterrupted streaming.

Australia performs even worse in average peak Mbps, which explores the fastest internet speed recorded or achievable in any given country. 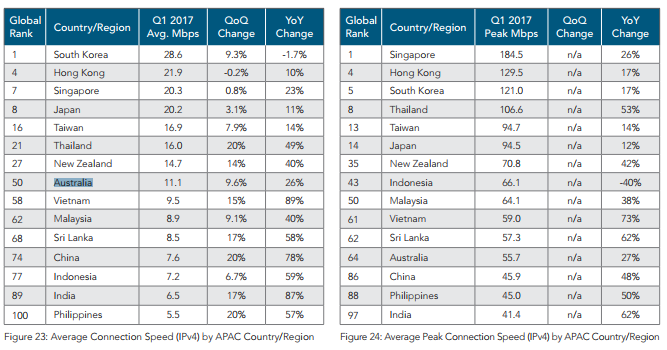 To complicate the theory, however, the report also examines average mobile data speed – a category where Australia’s average speed beats that of Canada, China and the United States, coming in first in Asia/Pacific at an average of 15.7mbps.

Turns out it’s not just the connection speeds that are inconsistent.

That’s why we’re getting the NBN... right?

The use of outdated infrastructure has led to the embarrassing internet predicament Australia faces today.

The answer, we’ve been told, is the National Broadband Network – Australia’s largest infrastructure project in history, tasked with supercharging the country’s internet speeds up to 100mbps.

Conceived under the first Rudd Government, the NBN was pitched at an initial cost of around A$40 billion, which would see houses connected to the exchange via optic fibre.

The project changed direction under the Abbott Government in 2013.

Then Communications Minister Malcolm Turnbull announced his Multi-Technology Mix (MTM), which opted for fibre to the node (FTTN) as the preferred technology in regions that already had underlying copper wire. This was a radical departure from the initial fibre to the premises (FTTP) setup for all households.

“I do accept that there has been some problems recently,” he said.

“We know that the technology that we are deploying is absolutely upgradeable to meet needs of Australians for the next few decades.” 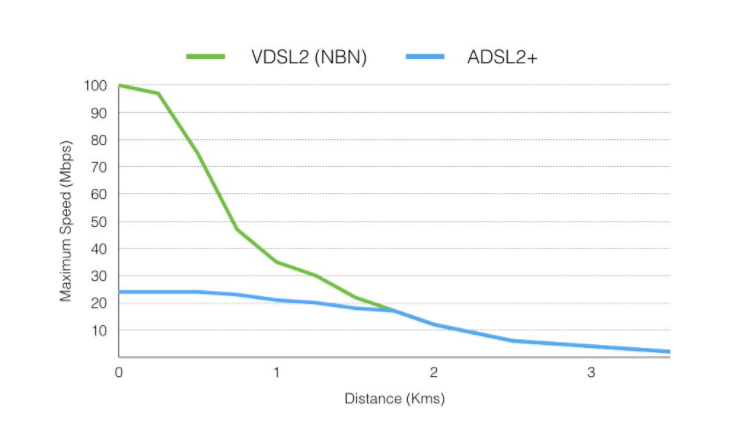 FTTP: The further you are from the node – the poorer your connection will be

But that’s hard to swallow, considering that for the estimated 30-40% of homes connected to the NBN via FTTN, a complete overhaul of existing infrastructure will be required to achieve the speeds being promised.

It’s safe to say not everyone is convinced, with Laurie Patton, executive director of Internet Australia, labelling the NBN “a dud”.

“The problem we are facing is that we are now building a network based on ageing copper wires that will need to be replaced within five to 10 years of completion of project,” he said.

Patton also went on to describe the upcoming FTTN rollout in metro areas as a nightmare, adding “Internet Australia has warned the government that the level of complaints is likely to skyrocket in the next 12 months”.

So if watching Netflix on a Friday night is an exercise in long-suffering ‘buffering’, it could be that your copper is simply too slow – and the ensuing bottleneck has congested the local exchange or node.

But it’s not all bad news

Despite how frustrating the NBN’s performance has been, there are some positives here.

Mobile connection speed is among the best in the world and will continue to climb higher after Telstra announced a $3 billion investment into its mobile network. 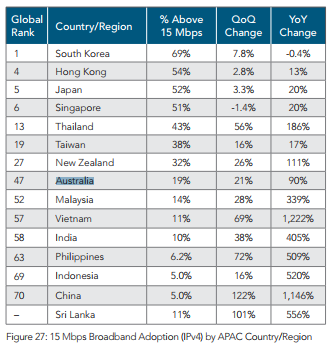 In addition, while only 19% of Australians have access to an average internet speed above 15mbps, that figure is a 90% increase from last year.

Our development may not be keeping pace with other nations right now, but any progress is better than none.

The NBN may have taken shortcuts the first time around, and taken us on a frustrating detour, but with the mistakes now acknowledged the future is looking, well, faster.