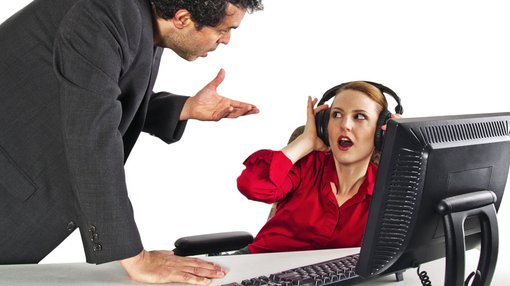 We know a few things about ‘millennials’; apparently they like overpriced smashed avocado, they can’t afford to buy a house – at least, not anywhere near the locations they are likely to find employment, and they have a strong focus on health and enjoyment of life in ‘the now’, rather than a focus on building up wealth and possessions to enjoy in the future.

Recent research also shows another pertinent attribute – this report from ManpowerGroup titled Millennials: A Career For Me tells us that in general, millennials aren’t big on being the boss.

The baby boomer generation, for example, had a clear goal of doing their time in junior roles in order to get enough experience to climb the ladder into middle or senior management. It was all about the promotion.

You may have heard the Peter Principle about promotions. It goes along the lines of: promotions are given on the basis of high performance in an individual’s current role, not their suitability for the intended role, and therefore employees only stop being promoted once they have risen to the level of their incompetence.

There’s definitely at least a hint of truth to it, even if you think the reasoning is a little flawed. Those who are capable in a certain field tend to be promoted into leadership positions despite the level of their aptitude. Sometimes it works out – other times it can result in disaster.

Almost all of us have experienced this. But one key difference of the millennial generation: millennials don’t just blindly follow the old ways of doing things (anything, really). It’s not a denunciation of tradition or custom necessarily, it’s just an inborn assumption they can buck the trend if there’s good reason to.

And that can be explained at least in part by the technological advancements that have shaped their lives so far.

Technology has allowed for huge change across so many aspects of society since millennials were born. It has empowered people – you can now have your own voice with no gatekeepers (via a website, Facebook, Twitter etc), you can access information on any topic imaginable via Google, you can connect to whole communities of people without leaving the house, you can complete a university degree without ever stepping foot on campus.

So it would make sense that millennials are used to asking ‘how can we do this differently, better? What will suit me best?’

Back to the topic of management, most of us will have endured the pain of poor leadership in the workplace. Whether it’s the Peter Principle at play, or just widespread use of outdated management styles which fail to account for basic human psychology, it’s an all too common experience.

But more than this, many millennials have a high level of cynicism regarding 9-5 careers, corporations and, generally, societal systems established in the modern era. There are very good socio-political reasons for this, not least of which is the ideological effect of post-modernism; the seeds of which grew in the wake of the unprecedented horrors modernisation enabled during World War 2.

That’s a little bit of ‘art history’ for you there, but it’s useful in understanding how they arrived at the general attitudes adopted by millennials today.

As post-modernism is widely said to begin after WWII, the baby boomers (born between 1946 and 1964) also developed a post-modern cynicism – the difference is, most did not have any other option than to follow the career path as per status quo.

Whereas millennials have both the mindset (with substantially more access to divergent and dissenting information from a young age) and the technological tools to try doing things differently. And that’s why they won’t simply follow the status quo if they don’t see how it serves them.

Putting promotions in their place

I know of millennials who have turned down the offer of a promotion, much to the bafflement of their superiors, and usually down to the reluctance to sacrifice the extra time and energy required to maintain a role with higher levels of stress.

Perhaps they have young children, perhaps they have outside interests, or maybe they’re conscious of prioritising their health. Many are also busy starting their own freelance income stream and would prefer to put extra energy towards that.

Basically, they’d rather be paid less by their 9-5 employer and have more of ‘a life’ outside of that employment.

This is something so obvious to millennials that it seems strange to even need to explain it. They are not buying the belief that everyone should work their proverbial off for 40 years and then take a well-earned break in retirement. Actually, they no longer have confidence there will be 9-5 jobs in 10 or 20 years’ time.

They’re keenly aware that change is in the air – why get stuck climbing up the wrong ladder? If freelance is where the workforce is headed, middle management will become largely redundant. In light of that, working in a high-stress role with overtime to help build someone else’s dream makes little sense to a millennial.

Learning from the past

Perhaps working one’s way up the corporate career ladder used to be the best one could hope for – but that is no longer the case. Now, employees look towards becoming self-sufficient, perhaps with an eye to working for themselves, or to sidestepping into a similar role at a better organisation with superior pay.

So if employees want to meet millennials where they are, it would serve them to consider how to retain these smart, but less loyal, employees through the development of their skills, and by offering a career path that doesn’t simply lead to managing others.