The mining sector has been in the doldrums since 2011 on the back of slowing demand and falling prices.

Given the doom and gloom amongst commodities companies and commodities investors, are there any bargains to be had?

According to Hedley Widdup, former geologist, and now, Executive Director at Lion Selection Group, “Miners and commodities have had negative performance for about 4 years which has made a lot of things cheap. The spark of greed which precedes every boom is starting to flicker. Bargains do exist,” says Mr. Widdup.

Mr. Widdup sees the Gold market as the prime area for commodities bargain hunters. “Rising stars and bargains are clustered around gold. My attention recently has been on well-run mid-tier gold producers”. 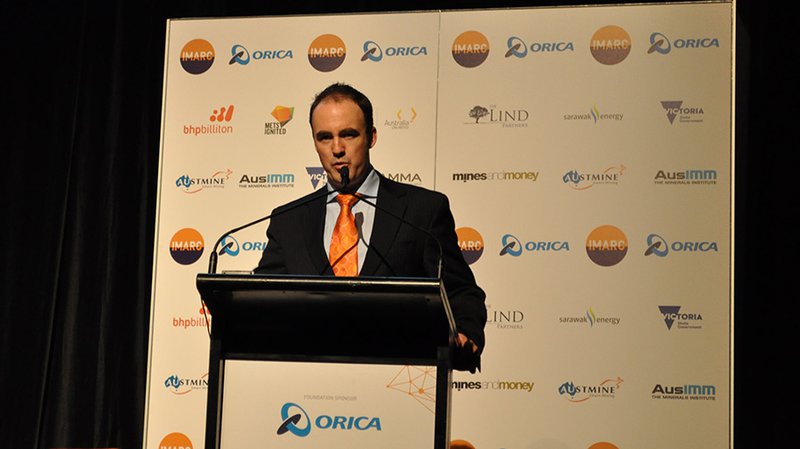 “What’s very significant is that miners are no longer massively on the nose, its more that they have reached a bottom and waiting for the next cycle up. I’m confident that the bust is off although it’s a bit early to say the boom is on. The change in sentiment required to bring liquidity back to the space is underway,” said Mr. Widdup.

Gold producers suffered from a rapidly falling gold price in 2011 which forced many to enact savage cost cutting to maintain operations. Mr. Widdup believes this gave Australian gold producers “a head start” on iron ore companies in starting to get their costs down.

Another factor helping gold producers is a weak Australian dollar. A rising U.S dollar has “produced wonderful returns on Aussie dollar gold and produced margins of between $400-$600 per ounce for the average producer. With gold currently around A$1,600 per ounce, that’s a very decent margin in percentage terms.

When comparing gold miners performance over time Mr. Widdup sees a very interesting development, “If you take a look back at historic cash flows amongst gold producers, it’s been 10-15 years since anyone has seen margins like this”. He also mentioned that gold’s properties help the metal avoid marketing risk and metallurgical risk while its convertibility ensures stable prices.

Another theme identified by Mr. Widdup is the fact that “for the past 2-3 years, major miners in all commodities have been net sellers of projects. They’ve been selling off projects to pay down debt and rein in costs”. To make things worse, “a lot of the majors have huge dividend commitments to their shareholders” he said.

The result of industry-wide belt tightening has been the rise of an “Australian mid-tier class of producers” says Mr. Widdup.

“In the early noughties we saw the disappearance of Australia’s ‘doyens’ into the Majors which resulted in bifurcation of the gold industry. Back then, you only had gold junior and gold majors, with very little else in between”.

“What we’re seeing now, is some companies are prepared to be bold, acquire projects and drive down costs” in order to flourish over time.

Mid-tier gold producers have a quality that neither juniors nor majors have. The juniors aren’t funded enough while the majors find it difficult to control exploration expenditure. “The thresholds are too high for majors and too low for juniors” said Mr. Widdup. “Therefore, mid-tiers can shop in the area where there is most value available” he added.

If investors are looking for bargain investments, Mr. Widdup sees value in junior gold producers such as Kidman Resources (ASX:KDR), Silver Lake Resources (ASX:SLR) and Perseus Mining (ASX:PRU). Whereas if investors are looking for the rising stars of the future, a good place to start would be mid-tier gold producers such as Saracen Mineral (ASX:SAR), St. Barbara (ASX:SBM) and OceanaGold (ASX:OGC). A bit further afield, are other gold hopefuls such as Blackham Resources (ASX:BLK) that potentially has additional value given its earlier stage of exploration compared to mid-tiers and juniors.

Mid-tiers have been actively cherry picking the best assets, sold by majors to remain cost-effective. These acquisitions have led to the generation of strong revenues and the beginnings of the tomorrow’s rising stars.

Large investors and resource funds tends to avoid small juniors purely because of operational risk. “Large funds are worried about a lack of liquidity and being stuck in an asset” says Mr. Widdup.

Meanwhile, small companies across all sectors are struggling to raise money. In mining it’s even more difficult because of the lengthy project development times that make forecasts all the more difficult.

But aside from the junior/mid-tier gold angle, does Mr. Widdup see other bargains or rising stars in the near-term?

“It’s a brave new world out there with lots of tantalizing and fascinating commodities. To name a few – potash, lithium and graphite” says Mr. Widdup. Potash is used in fertilizers in order to improve crop yields while the use of lithium batteries is forecast to triple in the next 10 years, taking lithium and graphite explorers with it.

Or so the theory goes.

“Investors should be wary however” warns Mr. Widdup. “New technologies pose slightly different risks to the normal gold investment because although they may seem excellent investments, investors should ask themselves, ‘Am I investing in the success of an exploration project, or the mass adoption of a new, unproven technology that still requires a large uptake to become commercially viable?’”.

Investors have a lot of sifting to do, but if they take the time and effort to research the best run mid-tier gold producers, they could just unearth a gem.