It’s ok to make a few bob and be successful 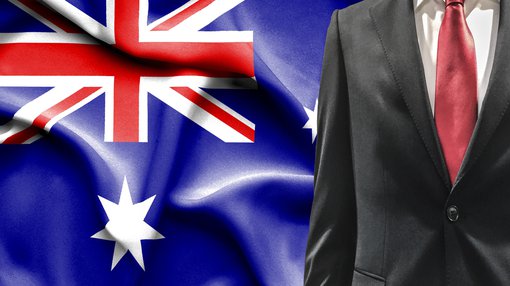 The election result is expected to have a positive impact on the Australian stock market this morning with the banking, property and retail sectors likely to experience support.

From a broader perspective, the coalition’s pro-business policies and tax reform should see an improvement in consumer and business confidence.

A pick-up in business confidence would be extremely important given that April data was the lowest in more than four years.

While weak business confidence figures likely reflected some degree of pre-election nervousness, it could be argued that it was well-founded with the Labor government’s unrelenting campaign against ‘the top end of town’.

In the following interview, former Prime Minister, John Howard likened Labor’s policy pitch to one of class warfare, saying that it was ok to make a few bob and be successful and even have some money to leave to your kids.

The problem for Bill Shorten appeared to be that his GPS couldn’t quite pinpoint the top end of town – or in fact his traditional heartland – in fact several of his policies were likely to negatively impact his dyed in the wool working class Labor voter.

People who own shares and have an investment property aren’t the top end of town.

Today, they are your average mum and dad looking to build a nest egg for retirement.

The way the party was shunned in working class areas of western Sydney and pockets of Queensland in particular underlined the resentment expressed by voters with average incomes and middle-of-the-road asset bases.

The other aspect to bear in mind is that those people who have been preparing themselves to be self-funded retirees by actively contributing into superannuation, and in recent years perhaps having established a self-managed superannuation fund have only recently witnessed the destruction of wealth that can occur when the top end of town is targeted stop

While not arguing the pros and cons of the banking Royal Commission, the fact of the matter is that it wiped billions of dollars from the value of banking stocks held in superannuation funds which in most cases accounts for a considerable weighting.

As an indication of the sustained impact the Royal Commission had, banking stocks are still trading well below three-year highs which was around the time that the investigation was first flagged

The other anomaly was the issue of climate change.

On one hand, the in-denial Tony Abbott could attribute some of the huge swing against him to his stance on climate change, but it was evident from voting in electorates that are highly reliant on the mining industry that there needs to be a measured approach to addressing this issue.

It could also be argued that Shorten underestimated the ability of today’s voters to understand longer term ramifications in the wages and taxes arena.

His union history of heavy-handedly dictating every aspect of workplace dynamics perhaps worked against him.

This isn’t an era where retail shops or manufacturing plants can be shut down while the union forces management to give their employees a pay rise.

Particularly in the retail sector where Labor was looking to reinstitute onerous penalty rates, it just didn’t seem sustainable at a time when the sector was under duress, particularly bricks and mortar shops that relied on making most of their income on the weekends.

At a time when consumer spending is being negatively impacted by sustained low wage growth, many employees would have sensed that the imposition of penalty rates could well be met with staff shedding and/or shop closure.

Consequently, the election appeared to be shaped by a thirst for stability on behalf of voters.

Citi analyst Josh Williamson said, “The election result means an end to potential Labor policies such as removing negative gearing and preferential tax treatment of investment properties, ending excess franking credits to shareholders and raising the minimum wage to the level of a living wage.

“Despite opinion polls claiming that taxation was not an election issue, we suspect that some of these issues cost the Labor party seats.

“The more contentious taxation policies towards investment capital may never be resurrected by the Labor party.

“The election result is therefore an incremental positive development for the housing and equity markets.”

Williamson’s comments regarding Labor’s incessant assaults on taxing investment capital is spot on, and one would expect that it will be a long time before it again falls into this trap.

It was Labor’s second go at negative gearing, with other similar initiatives that have brought it unstuck being threats to policies surrounding fringe benefits tax.

The Minerals Resource Rent Tax was another Labor tilt at taxing companies that poured billions of dollars into establishing mining projects in Australia, initiatives that created tens of thousands of jobs and put food on the table of working class Australia.

The tax was levied on 30% of the ‘super profits’ from the mining of coal and iron ore in Australia targeted the ‘top end of town’, but once again the potential collateral damage was lost on the Labor Party.

As a final wrap, the AAP is expecting a short-term election bounce, perhaps overshadowed by geo-political issues between the US and China.

"With the return of the coalition with its more pro-business policies and uncertainty now removed around changes... it's possible we will see a bit of a short-term bounce in the share market," he said.

Property-related shares, banks and retail shares could be the key beneficiaries.”

With an interest rate cut now appearing more likely and retailers not faced with burdensome penalty rates there is a clear case for a rebound in companies that generate revenues from the property and retail sectors.

Banks and other dividend paying financial institutions, as well as Real Estate Investment Trusts (REITs) are likely to rebound on the back of stability surrounding franking credits, negative gearing and capital gains tax.