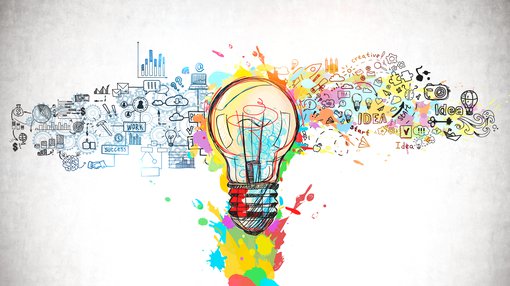 According to a study conducted by University of Technology Sydney, the answer is a resounding yes when it comes to the link between stock returns and innovation.

They matched patent data with financial and market information, and found the most innovative firms experienced 1.95% higher yearly growth in profitability compared to non-innovative firms.

Researchers examined how company innovation is perceived and valued by investors, and whether investors are able to price in future gains from innovation.

Of course as PhysOrg notes, Investor behaviour is important because it can influence innovation strategy.

"While research from the US suggested investors are not good at pricing future gains from innovation, our study showed Australian investors are better able to understand the competitive advantage of innovation and factor this into share prices," Dr. Le Ma said.

"This is likely due to the relatively limited patent filings activities taking place in Australia, and the two-tier patenting systems that distinguishes between ground-breaking and incremental innovations," she said.

You just have to look at companies such as the $738M capped Vulcan Energy (ASX: VUL) to see how investors view innovation and the impact it can have, even in early stage companies.

Vulcan is up almost 8000% since February 2020 and is innovating in the green energy space. VUL aims to produce Zero Carbon LithiumTM in Europe, and supply to EU electric vehicle battery makers.

This time last year, BrainChip was sitting at 6 cents. It is currently circa 53 cents up over 500%, having been as high as 97 cents, that’s despite a half year loss of AU$9.5M.

It seems investors expect another big year for BRN, so the loss is somewhat redundant especially given its $888 million market cap is expected to grow to over $1BN.

BrainChip is developing and commercialising the Akida neuromorphic system-on-a-chip (NSoC) product. The device is an AI-powered semiconductor aimed at changing the way people use technology – unlocking the potential of "edge computing" through a high-performing and low-power AI processor.

Its price surged when NASA got involved. NASA ordered an Akida Early Access Evaluation Kit to evaluate the processor for possible use in its spaceflight operations.

The study findings highlight the need for firms to communicate their innovation pipeline with investors, and for a clear and accessible patent database.

"Our research shows the importance of a patenting system that can facilitate investors' understanding of corporate innovation, however Australia's two-tier patenting system is currently being phased out, which could hinder access," says Dr. Ma.

Bottom line: companies should do themselves and their shareholders a favour and make innovation a priority.

There was a big mover this week on the back of new project news ...

While this project is early stage, PRL has substantial ground work to complete in the near term that will pave the way for the group to move to construction and production if it is successful.

Management expects to complete feasibility studies for both renewable power generation and green hydrogen production within the next 12 to 18 months.

It is currently at 8 cents.

Read: Can PRL take Zero Carbon Hydrogen to the world?

It’s been a solid week for LRS, with the market expecting the release of assay results any day now. The company flagged results from its maiden 2500m aircore drilling program at its Halloysite /Kaolin project in WA, would be released in February.

Given there is only a week or so of our summer left, those assays should come any day now.

LRS has drill tested one of Australia’s few known occurrences of ultra-high-grade halloysite and looks to be following in the footsteps of one of the best known halloysite companies on the ASX, the $635M capped Andromeda Metals.

Stock in Andromeda has risen from 5 cents per share to ~30 cents today to deliver investors a more than 500% return on the back of its halloysite play.

LRS started at 6.6 cents and finished the week at 7.3 cents ahead of results being released.

The best performers in the ASX/S&P top 100 stocks include TWE who announced a restructure of their business because of the impact from Chinese tariffs. Dominos Pizza is up over 15 per cent while Oz Minerals is up over 13 per cent. The worst performers include Northern Star Resources down over 12 per cent, Charter Hall Group and Coles Group, both down over 10 per cent and Beach Energy down over 8 per cent.

According to Wealth Within’s Dale Gillham, “Once again, the Australian stock market has traded up early in the week only to exhibit weakness later in the week. As of writing, the market is up over 1 per cent for the week and to highlight the unpredictability of the market lately, it is up just over 1 per cent in the last four weeks. I expect that the current volatility and, indeed unpredictability, of the All-Ordinaries Index will start to ease over the coming week before we get back to some normality.

“Given the market has not wanted to fall away over this past month, I am confident it will trade higher over the next couple of months to achieve a new all-time high on its way to between 7,400 and 7,900 points. Opportunities are likely to come from sectors such as Energy, Materials and Financials with selected companies in Consumer Staples also likely to do well.”