Investing: Is this the time to go speculative on the stock market?

While many investors steer clear of speculative stocks during periods of negative sentiment, in this three par series Finfeed is going to explain why this may be the time to target such stocks.

But first, let’s see what the state of play is across global markets and how Australian stocks have fared.

I have mapped below the performance of the Dow, the FTSE 100 and the S&P/ASX 200 (XJO) over the course of five years because I think that also captures some interesting data in terms of how hard markets ran leading up to the Corona syndrome.

I believe this is extremely important because the substantial falls we have seen to some extent can be attributed to a heavily inflated market.

In a Finfeed article headlined Brace for Impact that was featured in mid-December I wrote:

At that stage, the Dow and the XJO were setting new records. 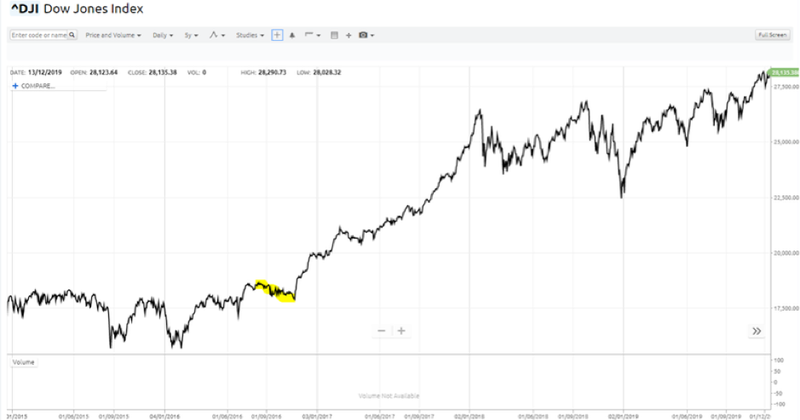 The following 12 months chart shows the current state of play across those two indices as well as the UK FTSE 100. 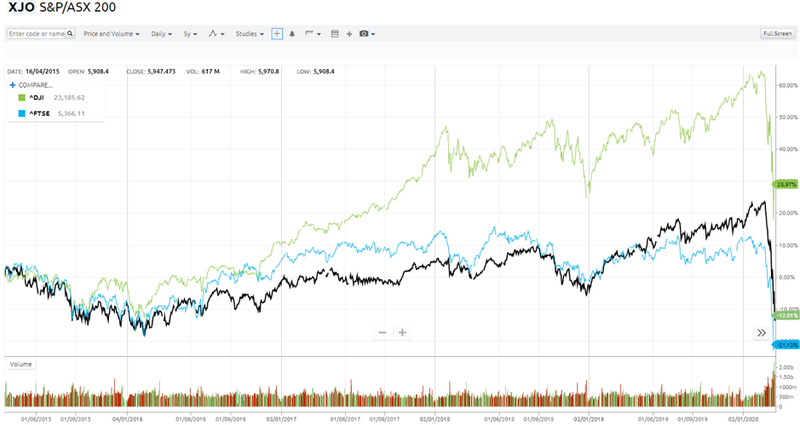 Whichever indices you look at, it could be argued that at least 20% of the decline was a mere function of valuations relative to earnings coming back into line with long-term averages.

What the above chart will look like in one month’s time or six months’ time remains to be seen.

As coronavirus cases and deaths climb exponentially and the flow on impacts on governments, businesses and individuals changes from day to day, predicting when the rout will end is much more difficult than has been the case in past recessions/market crashes.

There are so many moving parts and the problem is truly global.

Global case numbers are reported by the World Health Organization (WHO) in their coronavirus disease 2019 (COVID-19) situation report external icon. For U.S. information, visit CDC’s COVID-19 in the U.S.

What is different about the current sell-off?

The global financial crisis/great recession that occurred between 2007 and 2009 was a drastic event, but as the world worked through it, the reasons became very obvious, the required response at Central Bank, government and business levels was very clear and investors could gain a feel for the financial impact on stocks and with reasonable confidence predict the timing of a recovery to business as usual.

In fact, I was at a mining conference in Kalgoorlie in the early weeks of what we in Australia were calling the GFC and the President of a US mining company joked about Australia’s blasé approach to the event - inferring it was no more important than the Colonel’s bucket of KFC chicken.

Arguably being the most prominent gathering of miners in Australia, perhaps this shouldn’t have come as a surprise because most of the companies represented weren’t reliant on their earnings being knocked around in one year, they are looking to add shareholder value through diligent exploration over a number of years - more on that later.

Uncertainty is a dirty word

We are far from being in a position at this point in time where governments, businesses and consumers understand the problem and know what is required to progress on a clear path to recovery, suggesting the potential for further market downside and a significant period of uncertainty, a word the market hates. 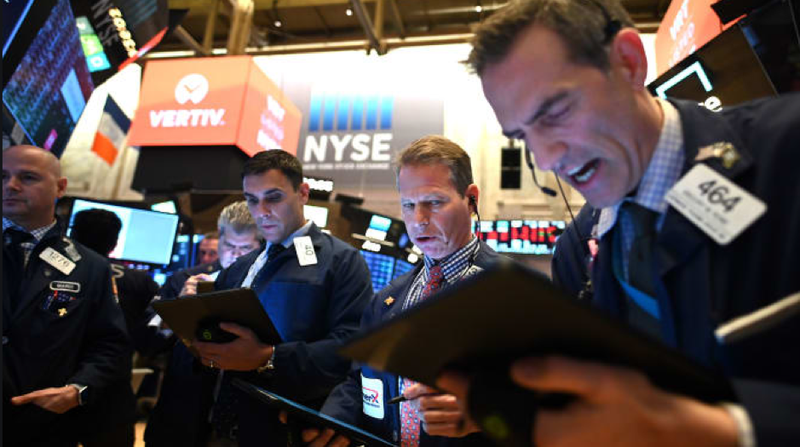 Receiving bad news and knowing the full facts is something that markets can digest - it is the unknown that not only triggers the exit button, but it also spooks investors to the point where they are unlikely to move back to equities until some sense of equilibrium returns.

For companies that are going to experience a wild swing in profits and a reduced capacity to pay dividends there is tangible justification for investors to park their money elsewhere.

For example, if a company is trading at $20.00 with forecast earnings of $1.00 per share and a dividend of 80 cents per share, implying a yield of 4%, it is easy for investors to look at the changed investment metrics.

If earnings halve it is quite likely that the dividend will take a similar hit.

Consequently, the investor who was paying 20 times forecast earnings would now be paying 40 times revised earnings and receiving a yield of 2% based on a share price of $20.00.

One could then project in fairly rudimentary terms that the company needs to retrace to about $10.00 before it will look fundamentally attractive.

Some companies have no certainty to lose

However, what about those companies that are priced on potential rather than profits, newsflow rather than cash flow and say drill results rather than financial results?

For the best part, these companies aren’t targeted by investors based on financial metrics such as PE multiples, free cash flow, balance sheet strength and dividend paying capacity.

The high flyers in this space live and die based on decisions that granted are based on expertise, but they carry no certainty until the drill bit hits the target or say in the case of the biotech the phase 3 trial is successful.

Even then, it comes back to completing a successful series of studies and permitting for mining companies, and in the case of biotech companies, going through the regulatory hoops and gaining approvals from government regulated bodies is no mean feat.

These companies are based on prospects not profits, and it could be argued that for most the landscape has changed very little as a result of the coronavirus.

Consequently, while certainty has been stripped from blue-chip companies these more speculative stocks are no less certain today than they were before the markets crashed.

Some possess elements of certainty

There is evidence that investors are starting to pick up on stories such as this.

A stock Finfeed featured yesterday rallied as much as 20% on the back of exploration results, but importantly there were a number of elements we were able to identify that represented tangible parallels and constants in the uncertain world of mining exploration. 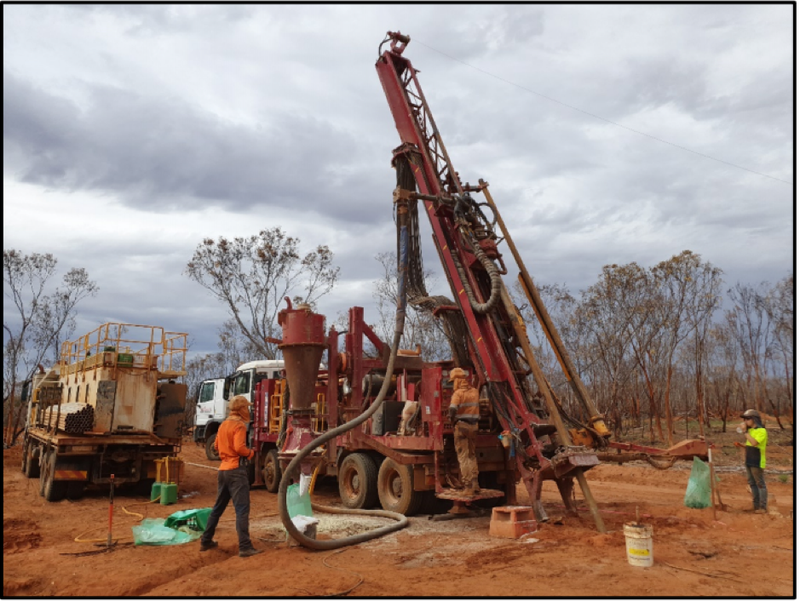 As we highlighted in running the ruler across one of its peers, these companies are in many cases some two years in the making as a culmination of developments gradually adds shareholder value that in many cases far outstrips what the average blue-chip will deliver over the course of many years.

We will be examining five such stocks tomorrow, before moving on to our top 10 bargain buys in the small to mid-cap space.