Innovation is the Key for Australian Commodities

Australia’s ability to foster innovation amongst its mining community is the key to unlocking Australia’s resource potential, according to a report published by the Commonwealth Scientific and Industrial Research Organisation (CSIRO) in partnership with the Mining Equipment Technology and Services Growth Centres (METS Ignited).

Drawing on the insights of 26 senior leaders, working at the top levels of Australia’s largest minerals and energy companies, the CSIRO’s 44-page report attempts to identify the challenges facing the Australian resources sector in order to create a “framework for innovation” that will realise Australia’s energy and mineral resources potential. 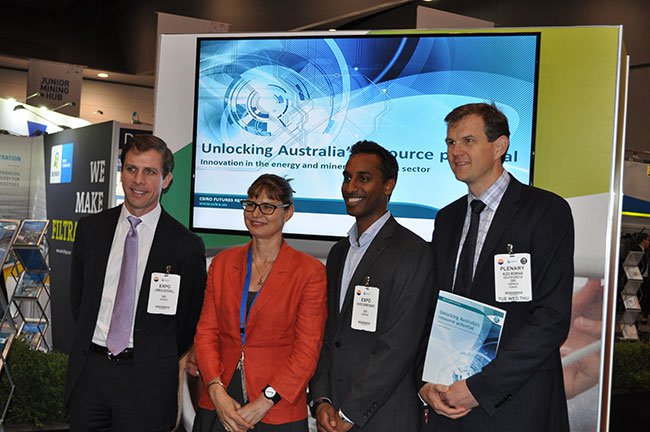 One significant conclusion published in the report is that collaboration is particularly important for driving future innovation success.

Despite Australia’s past success in resource sector innovation, “many companies and agencies are struggling to realise full value from their innovation investments for a number of reasons, said Dr. Wonhas. Adding, “Our research shows that many of the same features that gave rise to past innovation success, are those identified by industry leaders as needed to break through existing barriers to innovation”.

Dr. Wonhas said that the CSIRO identified “strong collaboration, visionary leadership, measured risk taking, perseverance and government participation” as the key ingredients to past success and “may be even more important in the future”.

According to a CSIRO survey of 105 senior managers, 47% believed that the sector did not have enough investment in cutting-edge technology. Meanwhile, 33% of mining companies rated their technology introductions as “not very successful” or “a general failure”.

The recently established ‘METS Ignited’ is an industry growth centre – industry-led and government-funded – aimed at improving collaboration in order to deliver innovation success.

According to METS Chair Ms. Lewis-Gray, “the insights from industry leaders, case studies and the framework for successful collaboration in this report, provide a valuable tool to guide innovation that will benefit industry, the innovators of Australia”.

Some other highlights from CSIRO’s findings include:

For a full copy of the report, click here