Is India an attractive investment destination? 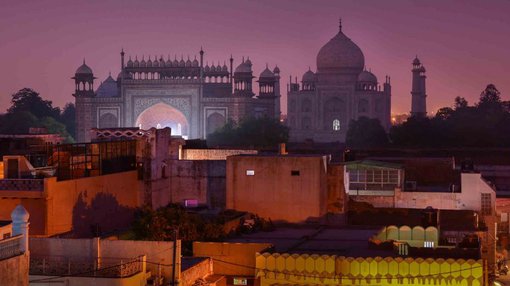 In the latter half of the twentieth century, liberalisation and massive spending on infrastructure propelled China into an economic powerhouse. Such reforms were a massive boon for the “Middle Kingdom”, leading to rising incomes, incredible economic growth, and strong foreign investment. However, with Chinese growth starting to slow, the golden age of Chinese economic liberalisation may be coming to an end.

So where should investors look if they want exposure to an emerging market that is likely to see significant economic growth in the years ahead?

I believe the answer is India.

India as an investment destination has long been considered a haven of corruption, bureaucracy, and crumbling infrastructure.

This was the predominant narrative for India in the 20th Century, and many investors still believe that India is a high risk region and therefore still apply caution to their investment decisions.

However, the truth is that over the past decade or so, India has had a revolution in technological infrastructure that is poised to propel the country into becoming the world’s next economic powerhouse.

In the early 2000s, India had a massive roadblock preventing their economic success. More than half of its population did not have any form of official identification. Much of the population was born outside the scope of hospitals and government services, and as a result, they did not receive a birth certificate.

This lack of identification has made personal finance tasks like opening a bank account, taking out a loan, or purchasing insurance very difficult. As a result, the lack of ID has hamstrung much of the Indian economy, acting as a roadblock towards the economic success experienced by some of India’s easterly peers. That is, until now.

In 2009, India launched one of the most ambitious technical projects ever undertaken. The project is called Aadhaar, and it aims to rectify the lack of identification by creating a biometric database that is serving as proof of identity for India’s residents.

The project has been a huge success so far, with 1.1 billion people (95 percent of the population) now able to prove their identity under the system. This has huge implications, with hundreds of millions of additional Indians now able to open bank accounts, subscribe to mobile phone plans, and conduct other tasks that are essential in a modernised economy.

India has other massive plans for a digitalised future economy, setting up digital payment system and expanding mobile phone infrastructure. They are even setting-up an automated personal data system that makes our “MyGov” look obsolete; the system, called India Stack, is an all-inclusive record keep system that is designed to ensure the new digital economy functions seamlessly.

Much of these digital reforms are happening quietly, but as a result, India is slowly and increasingly being seen as a fantastic investment destination. Indeed, Indian Prime Minister Narendra Modi last month invited global companies to invest in India, stating that “I invite you all. A nation of 1.2 billion people invites the world. The world’s oldest civilization invites you all,” he said. “The sky is the limit in India.”