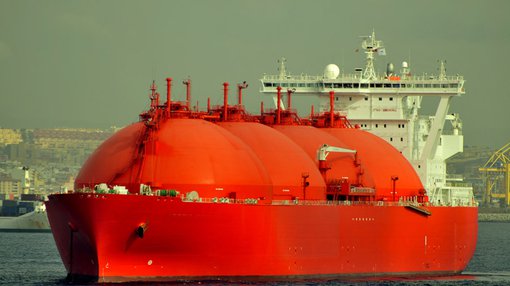 Earlier this month Origin Energy (ASX:ORG) dipped its toe in the LNG spot trading market – using it to open up an opportunity. But, it wouldn’t have been possible without a dismal oil price.

It marked the first time Origin had moved to trade LNG outside of its joint venture with Sinopec and Kansai Electric – the key trio behind the APLNG LNG facility in Queensland.

It reportedly signalled the deal with ENN would unlock the possibility of developing its Ironbark coal seam gas project, also in Queensland – putting the gas through APLNG and then selling the resulting LNG to ENN.

What’s interesting about the deal, however, is the role the spot gas market is playing in the whole thing.

“Origin has flexibility under the head of agreement to supply ENN from its portfolio interests, optimised with third-party purchases where market conditions create an opportunity to lower overall cost of supply,” it said.

In other words, it can head to the spot market where gas is really cheap in order to supply the contract.

Previously, LNG players involved in big LNG projects wouldn’t have dreamed of heading to the spot market, except in ramp-up where there may have been an excess of production. But certainly not as buyers for gas to supply a long-term contract.

The preference for them was for oil-linked long term offtake deals with big industrial customers. When oil was rising high at above $100 per barrel, this made a lot of sense.

While the particulars of LNG contracts remain somewhat of a trade secret, it is believed there is some flexibility in pricing and price review power afforded to customers. So, you can bet the customers have sought and received variations in their deals with the oil price now riding low at around $30/bbl.

So, there’s now very little appetite for sellers to enter into long-term gas sales agreements, and customers don’t particularly want them either.

Today, the Department of Industry, Innovation and Science put out its latest report into the state of play of the gas market worldwide, and how that could affect Australia. After all, Australia is now a major player in the LNG market.

One thing the department noted was the ascension of the spot market, and how it was giving rise to players such as ENN which could dip into the market for cheap gas.

There are a couple of things driving the viability of the spot, or ‘on-demand’ market at the moment.

The report notes that there is a plateauing of demand in Japan and South Korea, which are two major buyers of LNG.

Without a growth in demand from two countries which have traditionally sought to lock down big volumes in the form of the type of contracts at APLNG, there will simply be supply looking for a home.

Hence, there is now an oversupply of uncontracted gas on the market – and it’s probably going to get worse.

“Global LNG demand is expected to grow strongly to 2020, although the current excess capacity in the market is likely to continue into the medium term as the LNG export projects currently under construction, primarily in Australia and the United States (US), come online,” the report noted.

The problem isn’t overall demand, but where it’s coming from.

“The growing numbers of LNG importers, each with a relatively small market share, will accelerate market fragmentation and at the same time support increasing competition and liquidity in global LNG markets,” the report’s authors said.

“There is a growing desire for more flexible contracting arrangements, and the global LNG trading environment has become increasingly more complex.”

Future growth does have potential in China and India, but a number of smaller players such as Indonesia, Singapore, Malaysia, Chinese Tapei, and Pakistan are looking to contract volumes as well.

But the these markets don’t always need to type of volume guaranteed under a more traditional oil-linked contract, so they can typically head to oversupplied spot markets for a bit of a bargain.

It’s how players such as ENN have been able to grow.

But there’s also a longer-term view driving a taste for the spot market – or rather a distaste of longer-term contracts.

“Whilst LNG demand is expected to grow strongly to 2020, the outlook beyond 2020 is unclear,” the department wrote.

“This is, to some extent, the result of the highly competitive market that will prevail between gas and alternative energy sources such as nuclear, renewables and coal, and the difficulties in predicting the likely direction of global environmental and economic policies.”

The message here is that despite talks of a breakthrough agreement at Paris last year, nobody actually knows whether the world is going to get serious about climate change and what shape that is going to take.

Buyers of a fossil fuel, such as gas, are completely in the dark on what effect targets to reduce emissions on the ground will actually have.

Therefore, they’re pretty hesitant to enter into the kind of long-term contracts needed to underpin the development of new gas supplies past 2020.

After all, what if you were forced to buy a bunch of gas that all of a sudden one day was useless because nobody could legally use it?

With the price of oil so low and gas traditionally linked to the price of oil, particularly in Asia, there’s very little reason to risk inking long-term deals at this stage.