The Australian telecommunications start-up scene is gaining ground as junior players look to make big plays in the international market.

The latest start-up to go global is Unlockd, whose mobile platform is now available to more than 9 million customers in the United States.

In a deal done with US giant Boost Mobile, a Sprint Telecom company, Unlockd will help Boost Mobile customers reduce their phone bills by $5 per month, by displaying smart ads, offers and other relevant content from major brands and media companies such as Starbucks, Levi’s, Hulu, SheKnows and Lyft at various times when they unlock their handset.

Doug Smith, Director of Pre-Paid at Sprint Telecom, said Unlockd had opened a new stream of revenue for the telco, which serves a total of 58 million customers in the US.

“Providing Boost subscribers with options to reduce their cost to communicate is in line with our goal of being the value leader in pre-paid. Boost Dealz, built on the Unlockd solution, is an industry-first, completely optional opportunity for our customers to earn value in exchange for learning about products and services aligned with their interests. In addition, it delivers a new revenue stream to our business while providing an innovative avenue for advertisers and media publishers to reach a highly targeted audience,” Mr Smith said. 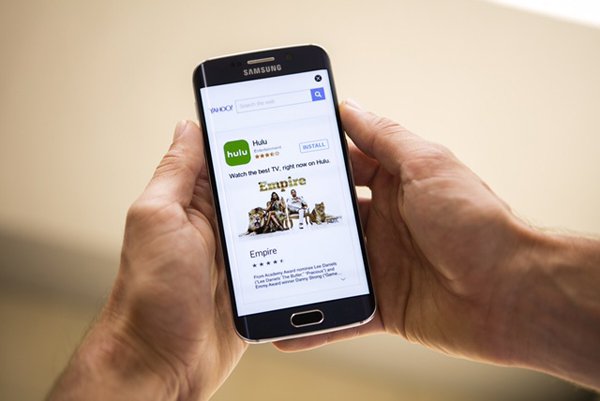 Unlockd has deals in the bag with giants such as Hulu and Starbucks.

A report by Accenture posits that “over the next five years, the global telecommunications industry will undergo radical and unprecedented change. The ability for telecommunications operators in the Asia-Pacific region to succeed and thrive in this new environment will depend on their ability to embed innovation at the core of their operations.”

One of the key findings of the report was: little consumer loyalty towards brand, platform, provider, device, and content—with so many services and devices vying for consumers’ attention, people are showing little loyalty to brands, platforms, providers, devices, or types of content. In addition, there is increasingly no difference between the various modes of internet access, such as fixed, wireless, and 3G or 4G. Consumers expect seamless connectivity to the internet anytime, anywhere. This is particularly so for ASEAN consumers, who have been among the quickest adopters of the latest mobile technologies.

Unlockd is hoping it can give brands in an edge.

The Unlockd move comes as Alleator Energy (ASX:AWD) and Vonex move into the final stages of a reverse takeover, with AWD to be reinstated in the coming weeks.

Vonex has been hard at work in the last 12 months putting a package of disruptive products together.

However it’s the company’s opera8tor platform that could be the game changer.

opera8tor is one app that brings together all your communications platforms including voice, SMS, Facebook Messenger, WeChat, Skype and Viber.

If the app manages to attract an audience, Vonex will build significantly on its 764% growth in the last three years.

Meanwhile with the Boost mobile launch, Unlockd is also attempting to significantly increase its numbers.

The launch includes major partnerships with Twitter and Yahoo, with special deals and offers available to Twitter users, through its digital ad marketplace MoPub. This will be available to Boost Mobile customers using the Unlockd app, and a Yahoo search bar will be integrated into the unlock screen, giving consumers what Unlockd describes as “a superior content discovery experience”.

Unlockd’s US launch comes after rapid overseas expansion, including new offices in New York, Seattle and London with more than 40 additional staff members, just three months after its debut in Australia with Lebara Mobile. It is backed by high-profile investors including Lachlan Murdoch, Peter Gammell, Margaret Jackson and Catch of the Day founders Hezi and Gabby Leibovich.

Unlockd CEO and co-founder Matt Berriman said the company’s technology would be available in more than 6 international markets around the world by the end of 2016.

“Unlockd has solved one of the biggest problems facing the global telecommunications industry, which is how to offer a lower consumer price point while also stabilising or increasing ARPU (average revenue per user) through new revenue streams.

“Consumers have been crying out for new ways to pay for skyrocketing smartphone usage.

“We have already locked in partnerships with major telcos in the US and UK, and have several telco partners we will be announcing in Europe and Asia over the coming months. Our immediate global traction shows there is a huge demand around the world for innovation and technology that solves real business problems, whether it’s from Australia or elsewhere,” Mr Berriman said.

Global mobile advertising spend is expected to surpass $US100 billion ($AU144 billion) in 2016 (source: eMarketer, April 2015), accounting for more than half of all digital ad revenue. Mobile ad revenue has traditionally gone to the media and content industry rather than telecommunications providers.

Several major telcos around the world have discussed the option of blocking advertisements in a bid to pressure media companies to share their mobile ad revenue.