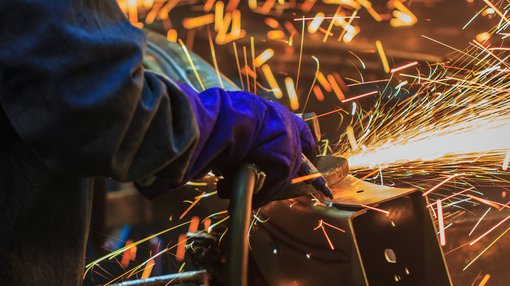 Global steel producer, BlueScope Steel (ASX: BSL) delivered a strong first half net profit of $360 million for the first half of fiscal 2017, representing an increase of circa 200% compared with the previous corresponding period.

However, the focus is likely to be on the strong second half guidance which points to full-year earnings before interest and tax (EBIT) of $1.11 billion. As a point of comparison, analysts at Citi were forecasting full-year EBIT of US$1.03 billion.

Focusing on the first half result, it was ahead of Macquarie’s estimates of $348.6 million, and the capital management initiatives announced by management should be well received by shareholders.

Citing the group’s strong cash flow generation ($900 million in calendar year 2016), BlueScope’s chairman, John Bevan said, “In light of the company’s sound cash flow position the board has approved the payment of a fully franked dividend of 4 cents per share and approved and on market share buyback of up to $150 million”.

From an operational perspective, it was a strong result across the board, but focusing on the key growth driver, it was the performance of its North Star steel business that was a standout. The group moved to full ownership of the North Star operations in October 2015 and has continued to achieve improvements in margins.

The benefits of these developments are now hitting the bottom line with the business recording a 178% year-on-year rise in underlying EBITDA (US$180.2 million) in the first half of fiscal 2017. Given the upbeat confidence surrounding the US economy generally, the North Star business is likely to be seen as a continuing source of robust growth.

BlueScope’s coated and painted products business was supported by strong demand in Australia as EBIT increased by 70%. Management intends to focus on growing this area of its business in Asia as it is highly leveraged to the rapid rise in middle-class wealth.

Having delivered a slightly better than expected profit, initiated an earnings per share accretive capital management strategy and provided full-year guidance ahead of analyst’s expectations BlueScope’s share price could receive support when markets open on Monday.

Prior to the release of this result, Citi had a price target of $13.34 on the stock, implying upside of nearly 10% to Friday’s closing price of $12.19. However, this performance may have Citi and a number of analysts revising their numbers.

Harris Technology (ASX: HT8) looks at aggressive growth on the back of a major profit turnaround It’s the end of Target as we know it ... but the big winner this week is energy Gold price rises, US earnings season throws up a couple of smokies … and will the ASX be bullish or bearish? Investing in the future of education

Gold price rises, US earnings season throws up a couple of smokies … and will the ASX be bullish or bearish?