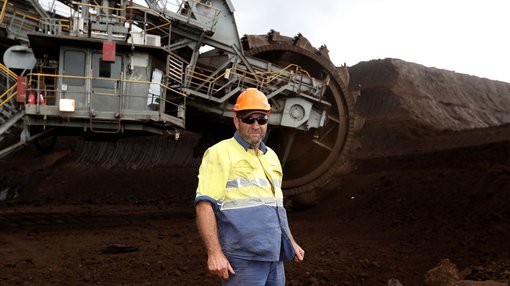 Opened in 1971, the Hazelwood power station shut off its last brown coal powered turbines on March 29.

The majority owner of the station is French company ENGIE, whose largest shareholder is the French government. Following a petition from Environment Victoria, the French Environment Minister announced in May 2016 that ENGIE would “disengage” from Hazelwood; sealing the fate of one of Australia’s oldest power stations.

Local member Russell Northe described the mood in the Latrobe Valley, where Hazelwood is located, as “sombre” this week.

The closure of the plant could add to the volatility to Australian electricity markets, potentially worsening our power crisis. The Australian Energy Market Operator estimates that unless change is made, we will not be able to meet our electricity needs in two years’ time.

Electricity futures prices for the April-June quarter are now three times what they were a year ago, and the volatility is likely to lead to increases in retail electricity prices. In fact, the electricity market in Australia is looking bad enough for Bloomberg to ponder in a recent article “Why Resource-Rich Australia Can’t Keep Lights On”.

Most of the talk about the energy crisis has focused on natural gas and gas-fired power plants, which the Liberal Government, and many electricity and gas suppliers expect fill the dearth of electricity. Australia has the biggest gas reserves in the Asia-pacific region outside of China, but two-thirds of it is exported, and the remaining third is often more expensive to purchase here than it is overseas.

There is a war of words going back and forth between politicians and gas exporters, each blaming the other for the curious economics of Australia’s domestic and export gas markets.

However, there is little talk over an increase in renewables investment to help fill the void, despite the fact that renewables can now generate electricity cheaper than fossil fuels in Australia. Indeed, Tesla CEO Elon Musk recently announced that he could solve South Australia’s energy problems in less than 100 days by building battery storage for excess renewable generation.

Regardless of your beliefs on Australia’s energy mix, it seems our’s is an energy market in transition. We are moving beyond the old coal fired power plants that supplied us during the 20th century, and towards new gas fired and renewable energy technologies.

Investing part 4: Bargain buys in the small to midcap sectors When the market bottoms, it’s time to buy again SMSFs expected to outperform in the age of COVID-19 Investing part 3: Taking advantage of heavily sold off stocks

Mongolia’s First Gas Discovery, The First of Many for Elixir Energy?
March 25th

Investing part 4: Bargain buys in the small to midcap sectors

When the market bottoms, it’s time to buy again

SMSFs expected to outperform in the age of COVID-19