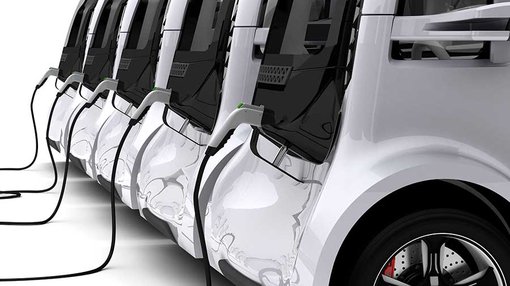 Lithium is a distinctive, low density metal, whose unique properties make it desirable for a multitude of applications; It is used in everything from lubricants and polymers, to ceramics and glass. However, it is lithium’s application in battery technology that is expected to power the next mobile energy boom and why Goldman Sachs has labelled it the New Gasoline.

Lithium based batteries are nothing new, with the first rechargeable lithium battery released by Sony in 1991. Since then, lithium batteries have enjoyed much success in powering mobile devices, due to their high energy capacity, relative to their size. In fact, modern rechargeable lithium-ion batteries can be as much as sixteen times as energy dense as a traditional lead-acid car battery.

Whilst the high energy and light weight of lithium batteries has made them perfect for our phones and laptops, it also makes them ideal for electric vehicle batteries, and it is their application in electric vehicles that is anticipated to drive immense increases in demand for lithium over the coming decades.

The lithium-ion rechargeable battery market is forecast to grow at 21.5% over the next year. Much of this growth will be driven by the automotive sector, which uses larger format lithium-ion batteries. This growth in demand is unsurprising when you consider that the batteries in a Tesla Model S (a popular electric car) contain more than 60 kilograms of lithium carbonate, compared to just a couple of grams in a phone battery.

Already electric vehicle sales are around 3 million units a year; much higher than many of us anticipated. However, in the next 10 years, Goldman Sachs anticipates that this will grow to over 25 million units – and this growth is likely to have profound effects on lithium demand, and therefore the lithium price.

Another large driver of lithium demand is likely to come from residential and grid energy storage.

Around 18.5% of Australian households now have rooftop solar capacity according to the Australian PV Institute. If these installations generate excess electricity, they usually sell it back to the grid; and the “feed-in tariffs” from this are usually fractions of what you would pay if you were to purchase the same energy.

It is therefore attractive to many households with rooftop solar to install batteries to store excess electricity for later consumption. There are many such battery products starting to hit the market, with the most publicised being the Tesla Powerwall.

Many of these domestic energy storage batteries (and indeed the even larger grid storage batteries) dwarf the large format batteries of electric vehicles, and many of them contain incredible amounts of lithium. With grid energy prices constantly rising, demand for these batteries, and the lithium within them will likely follow suit.

In the oil and iron ore booms of the 20th century, the early adopters kept the lion’s share of the spoils.

This time around, I doubt it will be any different.