Gold price rises, US earnings season throws up a couple of smokies … and will the ASX be bullish or bearish? 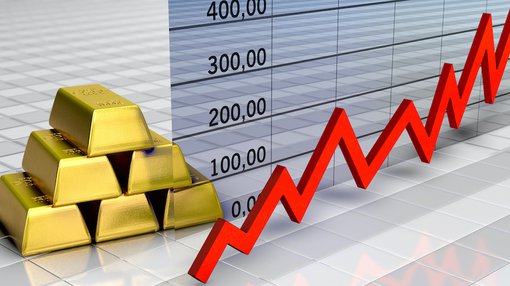 According to data from ABC Bullion, Australian gold prices hit three-year highs this week, reaching $2673.56. This follows the slump to $2611.57 last week.

The pair sat second and fifth, respectively, on the ASX‘s top five gains on Friday 15 May. In the short term, Gold may enter a sideways market, consolidating between the $1,650-1,730 range.

This is compared to the United States gold price which hit $US1732.53 ($2682.02). That’s an attractive exchange rate for Australian gold producers.

It has been a rollercoaster ride for gold over the last few weeks.

According to Nemo Qin, Senior Analyst at eToro, “Gold was down -0.95% last week and down a further -0.98% on Monday this week, trading at $1,695/oz. The latest US NFP data is better than expected, and the Fed has announced that it will spend $7 billion per week to purchase the Treasury notes. At the same time, the US economy is beginning to restart gradually. As we see the current economic situation continue to brighten, stock prices and bond yields continue to increase. Due to this positivity in the markets, we have seen a reduction in the demand for Gold, suppressing the market price.”

Looking at oil, the other commodity of the moment due its own price fluctuations, Saudi Arabia recently announced that they are voluntarily reducing an extra one million barrels per day, in addition to the OPEC+ production cut.

“This announcement came at the same time that Aramco raised the price of most grades of crude oil in the Asian markets due to China's recovering oil demand,” Qin says.

“Investors have become less pessimistic about the demand and production issue; however, a poor inventory release may continue to suppress the oil price for the rest of the week or more.”

It is company earnings season in the US, here’s analyst’s Leo Xiong’s pick of the bunch:

GNC released its Q1 earnings of $0.19 EPS, beating the consensus estimate of $0.06. However, earnings results missed the estimate and suffered a decline of 16.32% YoY. GNC is considering re-evaluating its current financial status after the business was adversely affected by the pandemic and upcoming debt maturities. Due to these troubles, refinancing and restructuring may be on the cards for GNC, a move likely supported by the banks. In my opinion, despite these financial troubles, GNC still has good future prospects with a comparatively stable market share.

Marriott reported Q1 earnings of $4.681B, a decline of 7% YoY. As expenditure only increased by 1% YoY, however, Marriott's net income sunk nearly 82%. Due to many issues brought about by the COVID-19 pandemic, total debt has increased to $12.23B. Despite these difficulties, Marriott reported a net housing number increase of 4.4%, indicating a strong expansion before COVID-19 hit. In my view, Marriott's financial status is comparatively better than competitors despite their many financial woes. Once normalcy resumes, I expect the group will quickly get back on track.

AutoNation share price rose by nearly 6% due to its impressive earnings. Q1 earnings declined by 6.32%, but beat the consensus estimate by 1.24%. With the improvement of the lockdown policy, we can expect its share price to continue to rally.

The best and worst performing Australian sectors this week

Three sectors were in the green this week: Communication Services, Healthcare and Industrials were all up under 1 per cent on Friday morning. The worst sectors include Energy down over 4 per cent, Financials down over 2 per cent and Information Technology down over 1 per cent so far.

Looking at the ASX top 100 stocks Wealth Within founder Dale Gillham says, “Amcor has topped the list followed by Newcrest Mining, as both are up over 5 per cent. Brambles and Northern Star Resources are also up having risen 3 per cent for the week. So far the worst performers include Unibail-Rodamco-Westfield down over 13 per cent, while Incitec Pivot, IOOF Holdings and Challenger are all down over 10 per cent.”

So what's next for the Australian stock market?

“Once again, the Australian stock market has been reluctant to push higher in a sustained move. Last week I indicated that the market needed to move above 5,623 this week to give us an indication that the bullish move is sustainable. While it has tried to push through this level three times, the Australian market has failed to close above 5,600 points since 11 March,” Gillham says.

“Right now, I cannot say whether the market is bullish or bearish, although it will pick a direction very soon. If we look at individual stocks, while there are many that are showing strong signs, there are just as many displaying bearish signs. So, once again, I urge investors to be careful but, more importantly, be ready to buy if the market rises or to exit if it falls away. For now, I am sticking to the belief that the next move will be down and that price may fall below the low set back in March. That said, I would be very happy to be wrong in this assumption.”

Vaccine moves markets, ASX crash has no effect and … 4 ASX stocks to watch

Sought after health tech, buying into Blue Chips … and 2 macro events that could shape the world