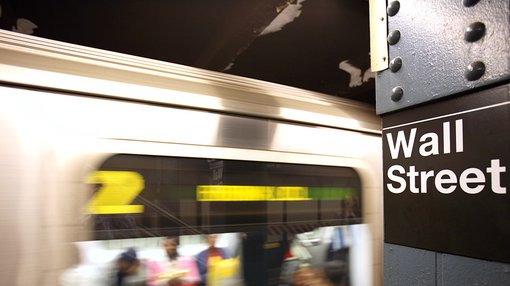 A moderate recovery in oil prices prompted strong share price gains from the likes of Chevron Corp and Exxon Mobil, assisting in pushing the Dow to another record high of 21,384 points at the close.

However, the tech sector continued to come under pressure with the NASDAQ falling 0.2% to 6151 points.

On the corporate front, the big news was Amazon.com Inc’s tilt at the circa US$13 billion natural and organic’s food grocery chain Whole Foods Market Inc.

Some analysts believe a counteroffer is likely, while others are crunching the numbers on further possible targets. However, this development has also created negative sentiment in the grocery space with the likelihood of a loss of market share and margin pressure in relation to major established grocery chains.

Shares in Costco Wholesale Group slumped more than 7%. Others to be affected in the retail space included Target Corp (-5%) and Wal-Mart Stores Inc. (-4.6%).

These dynamics also affected European retail stocks, but strength in other sectors resulted in markets in that region performing strongly with the Paris CAC 40 surging 0.9% to 5263 points and the DAX up 0.5% to 12,752 points.

The FTSE 100 gained 0.6% to close at 7463 points, a reasonable recovery, but the index is still well below the pre-election highs of circa 7550 points.

On the commodities front, the rebound in the oil price looked more like a dead cat bounce, and it is worth noting that it is still approximately US$7 per barrel below where it was a month ago.

Gold was relatively flat, closing at US$1255 per ounce.

Base metals were mixed with nickel and zinc putting in the best performances as they rallied circa 1%.

Zinc’s push up to US$1.14 per pound represented a two-week high, as well as being its third successive daily gain.

It now sits approximately halfway between the six month low of US$1.10 per pound that it bottomed out at in the first week of June and the US$1.18 per pound mark which has tended to be a resistance point in the last 60 days.

By comparison, nickel continues to hover in the vicinity of US$4.00 per pound, well below its one month high of US$4.24 per pound.

The Australian dollar strengthened significantly against the US dollar, finishing at US$0.762, close to its one-week high. It hasn’t traded at these levels since March and there doesn’t appear to be any sign of a retracement in the near term.

OPEC breakthrough, two ASX stocks to watch and … All Ords to trade higher? Top 10 stocks for November Musk moves to second place on rich list as Tesla hits the $500BN mark and … the little Aussie stock that can Energy renaissance as post COVID-19 world gets priced in

OPEC breakthrough, two ASX stocks to watch and … All Ords to trade higher?