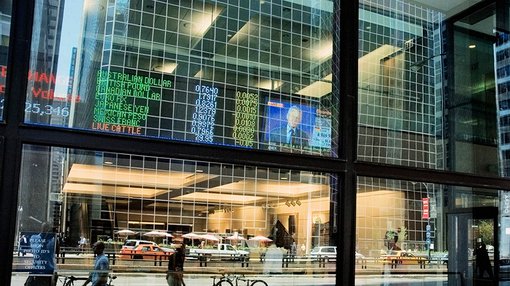 In a fairly listless end to last week, overseas markets tended to lack direction, making it difficult to see any particular trends in overseas indices that are likely to affect the ASX today.

However, one takeaway is the generally positive movement in commodity prices, including precious and base metals, and a steadying of the oil price. Most analysts are of the view that oil’s substantial slide throughout last week has taken it into bear market territory.

This tended to result in most oil stocks suffering further share price losses on Friday, and perhaps this could feed into Australian markets.

While the close of US$43.17 per barrel was slightly above the previous day’s closing price, it was markedly lower than levels of circa US$45 at the start of the week, as well as representing a sharp decline from the one month high of approximately US$50 per barrel.

The Dow finished flat at 21,394 points, partly propped up by gains in the IT and healthcare sectors. The underlying support for IT stocks was evidenced in the comparatively strong gain of 0.5% in the NASDAQ. The index closed at 6265 points, only 80 points shy of its all-time high.

If last week’s momentum is maintained into this week with a gain of just over 1% the index could once again set a new all-time high.

European markets were dragged down by negative share price performances of oil stocks, with the FTSE 100 falling 0.2% to 7424 points.

The iron ore price was relatively flat sitting just below US$57 per tonne.

Copper and lead were the best of the base metals, both gaining more than 1%. Copper was impressive, closing at nearly US$2.62 per pound, just above the early June high which places it in line with levels it last traded at in April.

Lead’s rally has now stretched to nine consecutive sessions. The close of US$0.999 per pound is not only just shy of the psychologically-significant US$1.00 per pound mark, but it is trading close to US$1.03 per pound, the level that it peaked at in early May just prior to plummeting throughout that month.

Nickel also hit what could be seen as a psychological resistance point at US$4.10 per pound, the level it traded at prior to a two-day plunge to US$3.98 per pound in late May and early June.

The Australian dollar is fetching US$0.756.