Global markets are primed for volatility 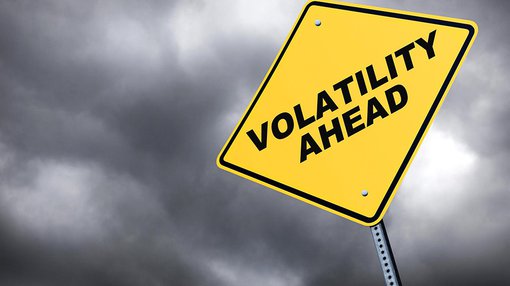 Markets around the globe are bracing themselves, as we draw nearer to critical macro news flow in the coming days and weeks.

Equity markets were relatively quiet last week, following the US Thanksgiving holiday, however, this week’s data could make it or break it for US interest rates (and therefore all other asset classes), when the Fed splashes down on 16 December 2015.

The Federal Reserve’s cornerstone meeting that may (or may not) usher in the Fed’s first rate hike in nine years is at the forefront of market sentiment. Scheduled for mid-December, the meeting is likely to throw most asset classes into turmoil regardless of the decision actually made.

The reason behind spikes in volatility in and around central bank interest rate decisions simply reflects the hugely speculative nature of modern markets and most worryingly, underlines markets’ reliance on low interest rates and central bank guidance for future direction.

Here are the key economic highlights coming up for the remainder of this week:

Pre-cursor and early indicator for non-farm payroll report due in the early hours of Saturday morning, AEST.

Yellen’s comments are very market sensitive with market watchers anticipating any cues regarding the Fed’s actions on 15 December.

Canadian stocks advanced to their highest levels in almost a month on data that Canada’s GDP grew for the first time in three quarters. Interest rates are likely to be left on hold in view of the upcoming Fed

With interest rates almost at zero, the ECB could provide further stimulus measures or alternative monetary policy in an attempt to generate business activity. The EUR/USD exchange rate is heading for its biggest monthly decline since March as ECB and Fed monetary policy diverge. According to futures date, the markets are full expecting a cut of 10 basis points to the euro area’s deposit rate with a 90% chance of 15 basis-point cut

Testifying before the Joint Economic Committee, Yellen is likely to be asked invasive questions on monetary policy. Her answers are likely to spark speculative price moves in all asset classes.

Key macroeconomic indicator likely to influence Fed interest rate policy. A strong number could see markets pause and reverse their rate hike expectations for 16 December. A weak number could do the opposite and signal that the Fed will definitely hike.

Non-farm payrolls are expected at 201,000 new jobs in November. Employment is the Fed’s admitted core indicator for setting monetary policy. With the US adding 271,000 jobs in October, traders will want to see a strong 270,000+ number for November in order for Fed rate hike expectations to firm.

With so many potential market drivers on the horizon in the days ahead, all asset classes are likely to feel the wrath of speculative price moves before, during and after each one. The big kahuna remains the Federal Reserve meeting on 15 December.

According to Benedict Goette from Compass Capital based in Zurich, “We’re treading waters for now as the markets are waiting for the central banks’ decisions. A Fed hike is pretty much priced in by now, so equities will probably trade in a tight range.”

Looking back, Seeing ahead

On a lighter note, in terms of looking ahead, readers may be pleased to know that following Dick Smith’s inventory quagmire, the retailer is now set to initiate a discounting binge to drive sales over the Christmas period.

With ‘70% off’ looking good enough to be true for the time being, and a possible price war about to commence between Dick Smith, Harvey Norman and JB Hi-Fi over the holidays, electronics bargain hunters are likely to have their stockings full this Christmas.