Getting schooled in the newest tech boom

You may not have heard of Edtech, however. That’s where individuals and companies study and practice the improved facilitation of learning and education through technological resources. It’s a huge area of growth in both the developed and developing worlds.

While edtech hasn’t drawn as much attention yet as fintech – possibly due to significant impact on the banking industry – edtech companies can tap into an enormous range and magnitude of markets worldwide.

No matter what side of politics, we likely all agree that excellence in education is an important aspect for any progressive society. It impacts every one of us at some point in our lives – either as a student ourselves, or as parents trying to raise one. In 2014 the global education sector was worth ~$4.4 trillion dollars.

Unlike some Silicon Valley-centric tech industries, the edtech realm is not necessarily colonised by players from the West. Some of the most interesting startups are popping up in places like Thailand.

However, if you are considering investing in edtech companies in exotic locations, remember any investment is speculative and investors should seek professional financial advice if considering these stocks for your portfolio.

Like Taamkru – a platform created in 2013 to stimulate kindergarteners’ learning as well as allow parents and educators to track their child’s performance in real time. It offers comprehensive platforms to schools for testing purposes, with over a million questions already in its datasets.

In 2014 it raised $620,000 in funding from Japanese venture capitalists, and recently partnered with Kyna, a Vietnamese e-learning platform with the aim of exploring markets beyond Thailand.

Edtech is so much on the rise in the region that there’s now an ongoing annual Edtech Asia Summit, with this year’s event taking place in Ho Chi Minh City this weekend.

Of course, southeast Asia is not the only region feeling the edtech boom. Take the US-based Udemy, an open online marketplace where anyone can upload and sell a class – the tagline being ‘Learn anything, on your schedule’.

Not only has Udemy appealed to its own marketplace of learners, it has become a platform for corporations to create customised training courses – with major clients like Goldman Sachs.

Early on Udemy, AKA ‘The Academy of You’, raised $1 million in venture funding. The following year, it raised $3 million; the next year, $12 million and so on. In its most recent round of capital funding in 2016 it snapped up $60 million in funding.

In the last six months, 3P Learning has crept up ~12% in share price: 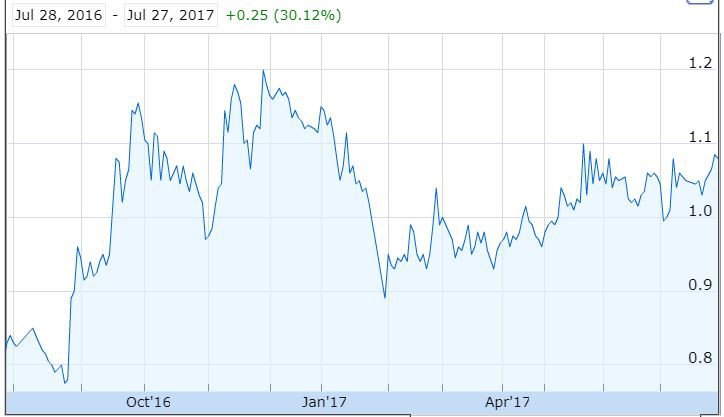 Although the recent direction is right, the stock is currently trading at ~$1.08 – a far cry from its peak of $2.63 in May 2015. However, 3PL acts as an example of the level of scalability for edtech companies who are onto a winning idea.

Tipping the other end of the scale

A start-up success story that’s now well and truly made it to the big leagues is US-based Chegg Inc (NYSE:CHGG) – capped at $1.44 billion – which went public in 2013 and never looked back. 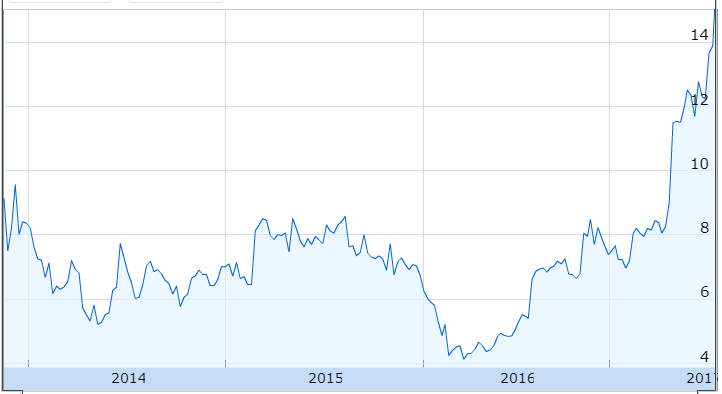 Chegg is a little different to the other edtech companies mentioned above. It made its mark with the catchphrase ‘Don’t pay full price for textbooks’ – the core service being an online platform where high school and college students can rent textbooks. Part of the brain wave behind Chegg, according to its founders, came from noticing the success of online rental services like Netflix.

In this case, the latest in online capabilities are used to offer a service that supports a more traditional form of learning – textbooks. Yet the idea of combining technological innovation and educational resources is still what makes the whole concept stick.

One ASX-listed small cap using gaming technology to offer products to school-aged children is Kneomedia Ltd (ASX:KNM) – a company that has launched its KNeoWorld game in the US, UK and Asian markets.

The company offers game based learning programs online to global markets – to use the fun new term, it’s classified as ‘edutainment’. In the last year KNM’s share price has gained 246%: 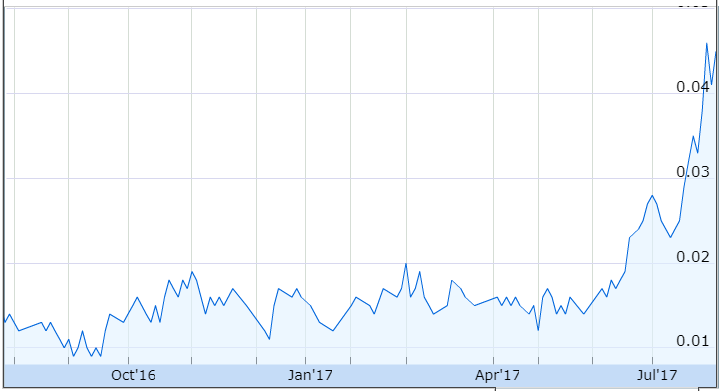 An industry that knows no bounds

The edtech effect does not look likely to be limited by a startup’s size, country or the age or language of the end user.

In fact, edtech startup and English language school Globish sees the breaking down of barriers, language in particular, as a key objective. It utilises a customised learning system to help users feel more confident in speaking English.

A key element of Globish is the teaching of a collection of relevant words and simple grammar to a level deemed adequate for the user’s purposes; the idea being that everyone and anyone will have the ability to communicate via a global version of simplified English.

These examples are all evidence that the full applications of this industry are virtually limitless. Given high-demand markets, and lower barriers to entry with the affordability of online or e-based learning, edtech could bring education that bit closer to equal, on a global scale.