Get ready for the IoT Group revolution


IoT Group, an Australian consumer technology company that is set to become the first ASX-listed internet of things business through an $18.5M reverse listing through Ardent Resources, recently signed an agreement with Terrapin Ventures based in California for Terrapin to act as a Non-exclusive Agent for sales and distribution of IoT products.

IoT recently closed their Share Purchase Plan (SPP) oversubscribed and raised approximately $520,000 in new funds through the SPP to complement its cash base of $582,000.

IoT Group, which was formed through the merger of three tech businesses, OK Watch, Roam and InnovativePTV is full steam ahead since we last spoke with them and have several major international deals in the works.

As well as the US deal, a sales channel agreement has been reached in Japan with Uyema and Associates.

The deals open up the largest (US) and third largest consumer electronics markets in the world.

In Australia IoT Group has grown rapidly with its products already stocked in big retailers such as Coles and JB Hi-Fi. As we reported previously sales for its $99 Viper Watch have already exceeded expectations, with its selfie drone garnering huge global attention and expected to sell like a plumb pudding at Christmas.

What the US deal means

In signing with Terrapin Ventures, IOT Group hopes to be able to immediately develop distributors and retailers within the US, whilst seeking mergers and acquisition opportunities. They are also seeking relationships with US Venture Capital firms that will aid in the establishment of creating a physical presence for expansion into the US market.

Terrapin Ventures CEO Paul Tobin, formerly Executive Chairman of Aussie Direct, said of the deal, “When doing business in the US you need to be on the ground and have a great network of contacts. I will provide that network to the IoT Group and help them establish large distribution channels for their products. I also look forward to presenting the IoT Group’s innovative products to venture capital firms and seeking out appropriate mergers and acquisitions to establish future growth and revenue.”

Tobin has an excellent track record.

He helped grow Aussie Farmers direct from a small early-stage business into a BRW Fast 100 winner with national reach. Tobin was crucial in implementing systems that allowed Aussie Farmers Direct to deal with its rapid growth. He was also responsible for Computershare’s expansion into North America. As the US Chief legal Officer and Company Secretary Member Tobin was responsible for negotiating, structuring, completing and integrating numerous M&A transactions during the company’s rapid growth.

This is another important step in our development into global markets,” Duffel said. “Paul Tobin is a global business builder and will establish major distribution channels throughout the United States. This agreement begins immediately and we look forward to great progress over the next three months.

A quick look at the market

IoT launched in May 2015 into a rapidly growing industry. According to research firm Gartner the number of Internet of Things devices is set to grow from 4.9 million in 2015 to 25 million by 2020, with more than half of those in the consumer category.

IoT Group launched into the market with its first smartwatch and will release its selfie drone before Christmas. In fact, IoT Group chief executive Simon Kantor says the business will have released a range of new products to retailers like JB Hi-Fi before Christmas. 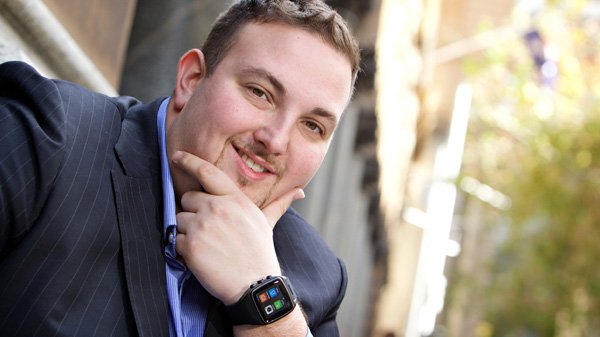 IoT CEO Simon Kantor is preparing for a major product release before Christmas.

Most of its products will retail for under $300.

IoT has also announced that its Intervision IPTV business division increased subscriptions from 1375 subscribers to 2143 subscribers between July and October. Intervision currently provides internet television for the Greek and Arabic markets.

IoT Group has a number of bases covered as they look to create a complete ecosystem around wearable technology, connected home and mobile computing sectors. The business has ambitious plans to rival the likes of Apple and Samsung, developing a range of affordable wearable technology, mobile devices and gadgets.