Full speed ahead for driverless cars, but what are the speed bumps? 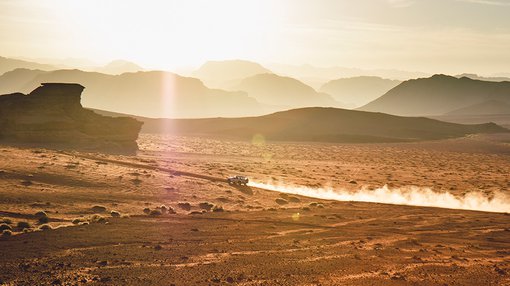 Reduced congestion, lower fatalities and quicker commute times are just some of the benefits society could reap from driverless vehicles. But is the idea of a driverless car utopia still a pipedream? Finfeed’s Justin Ware discusses.

In October last year, Tesla announced that all of its vehicles would have the hardware required for full self-driving capability at a safety level substantially greater than that of a human driver.

Tesla isn’t the only entity committed to a driverless car future.

In March 2016, trials involving a self-driving taxi began in Singapore – the first of its kind in the world. The first trial was so successful that plans to build an autonomous taxi fleet for the city are already in the works.

And if you happened to be in the state of New York in May this year you could have hitched a ride in one of Audi’s forays into driverless vehicles, as the automotive giant began testing its prototypes on American roads.

These projects are exciting, especially when you consider the technology’s history. Believe it or not, the idea for autonomous travel dates way back to the 1920s when Houdina Radio Control showcased their wirelessly controlled ‘linrrican wonder’ through the streets of New York in 1925.

However, back in the Jazz Age conditions were manufactured to create successful outcomes, which meant an individual was still responsible for controlling the vehicle on some level and these experiments were not truly autonomous.

Almost 100 years later, we have the technology to ensure progress is meaningful. In part, this progress can be attributed to the Defense Advanced Research Projects Agency’s (or DARPA) ‘grand challenge’ which began in 2004.

The grand challenge offered $US1 million dollars to any group that could develop a fully autonomous vehicle, capable of travelling 150 miles across the Mojave Desert.

The competition was a success, and led to the creation of Google’s driverless car which is still in operation today.

Autonomous cars in the 21st century

Will autonomous cars be the norm, and if so, when?

Automotive manufacturers predict there will be 10 million driverless cars on the roads by 2020.

However, one question car manufacturers seem to have ignored is: Do people actually want to stop driving?

Having the option to engage an ‘autopilot/autodrive’ mode while driving on the highway would suit those drivers who are easily frustrated, looking for better comfort or just get a thrill from advanced technologies – but could a transition to full automation be too much for the masses to stomach.

Looking at the survey below, people may not be ready.

For many of us, driving can be a fun pastime — taking that away from driving enthusiasts will not be easy.

Then there is the safety of the software to consider.

Getting behind the wheel of any car, let alone an autonomous one, can be a matter of life and death. Unfortunately, the software behind driverless cars may be prone to the occasional untimely glitch.

In 2016, a Tesla Model S was involved in a fatal accident which claimed the life of the passenger. Tesla’s ‘driverless autopilot’ mode was engaged when the car the passenger was travelling in collided into the side of a truck.

Whilst the degree of culpability is still contested, Tesla is not the only company to experience software issues. Uber’s driverless car trial ground to a halt after its flagship demo swiped across an oncoming vehicle in Arizona.

Thankfully there were no fatalities, but the number of incidents across manufacturers is concerning.

External interference is also something to consider.

Several tests have shown that the technology behind autonomous cars is far too vulnerable to hacking and interference.

In current cars of today, a hacker can control a vehicle, but only by plugging a device physically into the diagnostic unit of the vehicle. So unless you are partial to letting strange people ride shotgun, you should be okay.

If none of the above is a serious deterrent, consider that most autonomous cars are likely to feature electric engines and there is still the issue of getting from A to B.