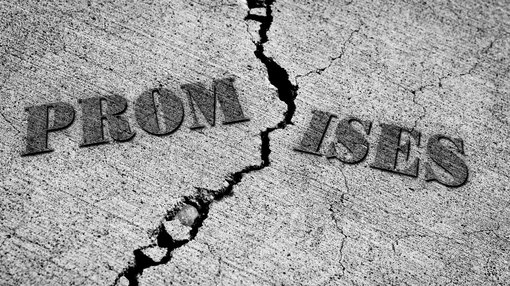 While it was the plunging oil price that mainly drove the Dow lower for most of the trading session there is a larger underlying problem looming as it came to light that the first of President Trump’s major election promises, a US$1 trillion infrastructure spending plan, has no plan.

Not only did Trump not have a plan leading up to the election, but he is now turning to industry to ask the question as to how the program could be funded. Blank faces told the story, as one industry representative reaffirmed that nothing has changed as there is only a limited budget for government funded infrastructure development.

With a seemingly massive black hole in one of Trump’s cornerstone election promises, US investors will soon be questioning whether material tax cuts will occur, and perhaps facing the cold hard facts that the only tangible foundation for the run in equities was a better than expected earnings season, but even this isn’t enough to justify the extent of the post-election rally.

The NASDAQ trended in similar fashion, falling from the previous day’s close of 5837 points to a low of 5812 points before finishing up one point at 5838 points.

However, much of the focus was on the oversupply of oil which drove a sharp downturn yesterday and underpinned a decline to a low of US$48.59 per barrel, prior to a slight recovery in afternoon trading.

Despite the recovery, a break below US$50 per barrel was seen as extremely negative by technical traders, perhaps signalling the start of a more significant retracement.

European markets were also negatively affected by the slump in the oil price, but positive commentary from European Central Bank President Mario Draghi tended to offset the decline with banks being the major beneficiaries of his insights which suggested deflationary pressures have lessened.

Looking elsewhere on the commodities front, gold has a traditional safe haven investment didn’t benefit from broader market uncertainty as it fell from the previous day’s close of US$1209 per ounce to US$1200 per ounce.

Base metals were mixed, but there were no substantial moves as yesterday sharp decline in the nickel price abated.

The Australian dollar declined slightly and is currently fetching approximately US$0.75.