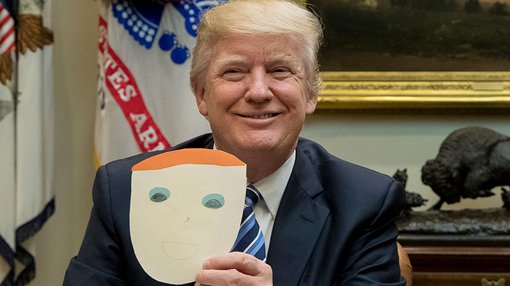 US investors will start the week in nervous fashion after the worst was confirmed towards the end of trading on Friday as the Trump administration had to withdraw its proposed healthcare reforms after determining that they did not have enough votes from their own party to pass the bill.

This was the litmus test for President Trump. The health bill is the only real ‘President’s Promises Score Card’ item to date, and Trump’s failure to deliver is likely to cast doubt over other election promises, including ground-breaking fiscal reform and economic policies which were to generate growth, provide employment opportunities and stimulate public, business and consumer spending and investment.

For the first time Trump is acknowledging the need for bipartisan support in order to deliver on the promises he made. Working as a team and forging conciliatory agreements has not been one of Trump’s strengths in the past, either in politics or in business.

Trump arguably achieved the populist vote because many of his supporters felt that he was the ‘can do’ guy who could get things done without political interference.

Those voters are now faced with the cold hard facts that like every other President, Trump is just a mere mortal who will have to navigate the usual challenges that come with pushing through legislation.

However, in his short time in the White House Trump has clearly demonstrated a ‘my way or the highway’ approach, bringing into question whether he will be able to develop the skills required to negotiate agreements rather than just sign executive orders.

Global markets yet to show their reaction to failed health bill

Given this news broke towards the end of trading on Wall Street and is yet to be fully digested the circa 60 point fall in the Dow could be the thin edge of the wedge.

Similarly, European markets were closed before the news broke. Consequently, the FTSE 100 could come under pressure on Monday, particularly given that it was only a late rally that left the index just four points shy of the previous day’s close of 7340 points.

On the commodities front, oil finished the week on a positive note, pulling back from circa US$47.50 per barrel to inch above US$48 per barrel.

Iron ore came off slightly, closing at approximately US$85 per tonne.

After hitting an intraday high of US$1255 per ounce, gold fell sharply towards the end of trading to close at US$1246 per ounce. However, the precious metal still notched up a week on week gain of circa 1.4%, and Friday’s intraday high represented a peak for the week, and was just a touch off the highest closing price in 2017 of US$1257 per ounce.

Base metals generally trended lower with nickel hit hardest, finishing the week at US$4.44 per pound.

Copper only came off marginally to close at US$2.61 per pound.

Zinc was the only metal to gain ground as it increased 0.6% to close the week at US$1.27 per pound, remaining in relatively close proximity to the psychological US$1.30 per pound mark.