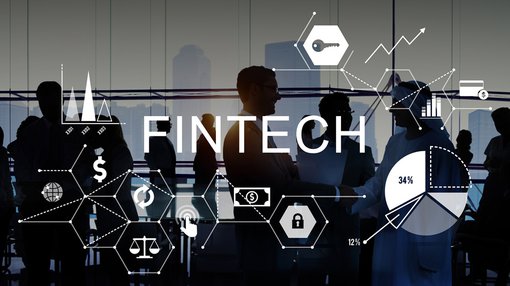 As a life-long entrepreneur and CEO of a Fin Tech business that serves the SME community, I was genuinely excited about the 2016 Federal Budget. After all, things got off to such a promising start. We were all told weeks in advance that this would be a ‘budget for small business’, and when the treasurer announced long-term cuts to the company tax rate, I was ready to believe that this government truly understood the needs of business and had the right plan for the economy.

How wrong I was.

They clearly have no idea. About the daily struggles of entrepreneurs, the realities of cash-flow, and especially how the big banks utterly fail the credit needs of SMEs. In poker terms, this budget is the ‘tell’ that not a soul in cabinet has any real-life experience running a small business.

In particular, I’m talking about the expansion of the instant asset write-off provisions. This should be a huge growth engine for small business and the economy, and the government is certainly plugging it for all its worth. On paper it sounds like such a great idea; let’s allow businesses to accelerate their tax write-offs and claim 100 per cent depreciation in the first year so that they’re motivated to invest now, rather than later. In theory, the more favourable tax treatment of capital investment should encourage Australia’s two million small business owners to go out and spend up big on new productive assets such as Kelly O’Dwyer’s $6000 toaster.

This spending will, so the thinking goes, get the cash registers ringing to provide an instant hit of economic activity. Furthermore, the investment in new assets will promote better productivity which will flow through the economy to magically benefit punters (sorry, voters) as ‘jobs and growth’.

But there’s just one big problem: the numbers don’t stack up.

In order for businesses to take advantage of this policy, they need cash in the first place – to purchase the assets. And here’s where the government’s policy hits the first snag. Most small businesses have very, very limited cash limited reserves. In fact, a recent study found that Australian SMEs experience a collective cash flow shortfall of $26 billion at any given time. Yes, that’s a lot of money. But you’d think that our hyper-profitable banks would be keen to extend some credit to support our SME community and realise the potential of the government’s policy, right?

Sadly we live in a country where our banks largely will not fund small business without residential security. They’re obsessed with housing credit, because it’s a fast way to make an easy profit. As one ex-bank CEO admitted, they’ve just become ‘glorified building societies’. Meanwhile the government essentially underwrites this with implicit federal guarantees that keep house prices growing to appease the voters, and protect the banks. It’s a co-dependent relationship that utterly fails small business.

The last laugh is on the government however; the banks’ unwillingness to provide cash-flow lending to SMEs will ultimately doom the government’s asset write-off policy, and waste the rare opportunity of historically low interest rates to really ‘grow the pie’. It’s failure of imagination on a grand scale.

Perhaps I’m being too cynical or overstating the magnitude of the funding gap? Regrettably, no. We know how this story ends because we’ve been here before. The first iteration of this idea appeared in the 2015 Budget as a measure for ‘Tony’s Tradies’. So far, only $547 million of claims were processed in a policy that forecast $5.5 billion over four years. It was a flop then, and it’s a flop now. The reason is abundantly clear: the missing link is funding.

So what’s the solution?

Well there is some good news on the horizon. With very little fanfare of government support, a dynamic market of fin tech and non-bank providers has recently emerged to service Australia’s SME community with unsecured credit. eBroker.com.au represents 47 lenders who have a strong appetite for business lending.

Although the sector is growing fast, it still has a long way to go before it can plug the funding hole left by the banks. The government needs to do more to support emerging non-bank business lenders. If they were serious about this – and innovation more generally – we would have heard a lot more in the budget about alternative funding, Fin Tech and the like.

Instead, it looks like we’re stuck with same old co-dependent bank-government relationship for a while yet.

Simon Isaacs the CEO of online business finance platform, eBroker.com.au. He is an emerging ‘Fin Tech’ leader and seasoned entrepreneur with more than 20 years’ experience in digital platforms. He was previously the founder of Check-In.com.au, one of Australia’s leading accommodation booking sites.