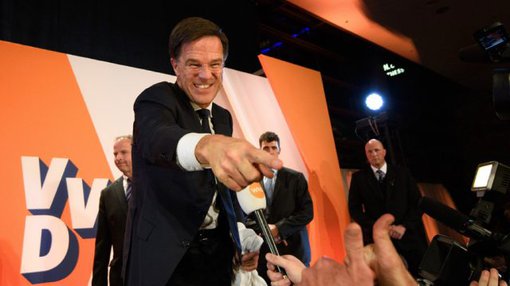 A sense of normality returned to US markets with the Dow closing nearly 0.1% lower at 20,934 points. However, the downward trend only occurred later in trading after the index had increased from the previous day’s close of 20,950 points to a high of 21,000 points.

It was a session little influenced by any major themes and this was reflected in the NASDAQ which closed at the previous day’s level of 5900 points.

However, European markets were far more buoyant as the Dutch election effectively put to bed the theory that populist movements the like of which could lead to the eventual unravelling of the European Union were broadly in favour with voters.

It would appear that voters have seen enough of the instability caused by Brexit and to some extent the election of President Trump to question extreme radical right wing thinking.

Furthermore, this was the first European trading session following the Fed’s commentary on economic conditions in the US, which it appears has been viewed favourably.

The DAX and the Paris CAC 40 were up by similar margins closing at 12,083 points and 5013 points respectively.

On the commodities front, oil is struggling to stay above US$49 per barrel, and most technical analysts are of the view that there is more likelihood of downside from this point before macro conditions are such that it can return to levels above US$50 per barrel.

There was continued support for gold as it rallied 2% to US$1226 per ounce.

Base metals were mixed with nickel and lead flat, while copper and zinc posted gains of less than 1%.

The Australian dollar came off slightly and is currently fetching US$0.766.