Empired: a turnaround story at a cheap price

There is the potential for shares in IT services group, Empired (ASX: EPD) to stage a significant come back in coming months as confidence returns after a number of one-off items impacted its fiscal 2016 result. When these were flagged at the start of 2016 the company’s shares crashed from circa 80 cents to trade as low as 23 cents.

However, over the last six months the company has mainly traded in a tight range between 35 cents and 45 cents, with the latter being yesterday’s closing price, up 100% on the group’s 12 month low.

Chris Savage from Bell Potter believes the issues that created a ‘perfect storm’ in fiscal 2016 aren’t likely to recur in 2017. He expects the group to turn around a loss of $1.7 million in fiscal 2016 to a profit of $5.3 million in 2017, representing earnings per share of 4.4 cents.

This represents a PE multiple of approximately 10 relative to yesterday’s closing price. If Savage is on the mark with compound annual earnings per share growth expectations of circa 35% out to 2019 the company appears attractive on a price-earnings to growth basis (PEG).

The following demonstrates the one-off nature of EPD’s fiscal 2016 performance, clearly showing the company’s strong record in terms of growing revenue and earnings during the period 2012 to 2015 inclusive.

It must be said though there is no guarantee that this upswing will continue, so if considering an investment in this stock seek professional financial advice.

While EPD fell down the earnings line in fiscal 2016, revenues increased from approximately $130 million in 2015 to $160 million. Over the last four years the company has grown the top line by 300%. 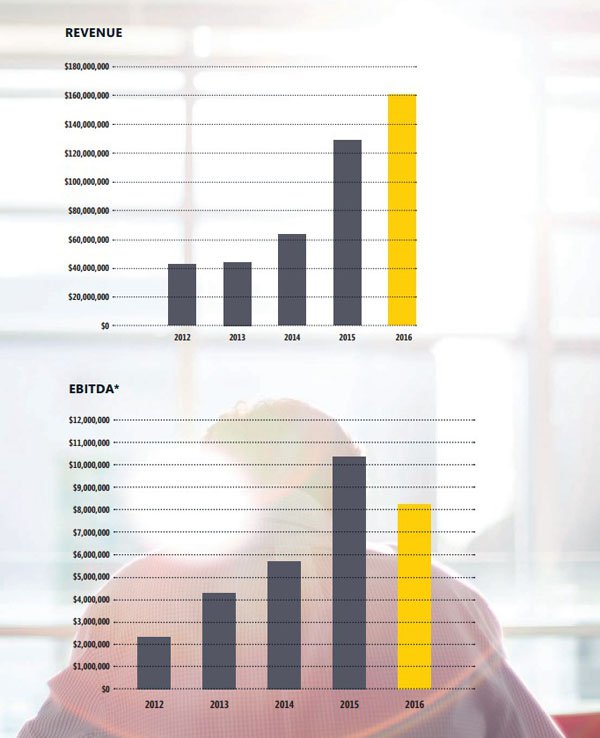 Consequently, EPD’s Managing Director Russell Baskerville’s summation of fiscal 2016 appears valid. In part, he said the 2016 financial year was one of consolidation, acquisition, integration and organisational alignment following a period of rapid expansion, preparing Empired for its next chapter of growth.

He went on to say, “These initiatives had a negative impact on our financial performance in the first half of the financial year but we are confident they will contribute to long-term sustainability and value creation for our shareholders”.

As highlighted by Savage, the absence of the one-off events that impacted the company’s performance in 2016 were recently evident when management reported a better than expected second half result in August.

At this point the company said it was confident of a much better full-year result in fiscal 2017, which will mean a strong performance in the six months to December 31, 2016.

While the company’s interim result won’t be released until February next year, it is quite likely that guidance will we provided before that stage.

Consequently, EPD should continue to be a news flow driven story with its share price responding accordingly. However, investors who have faith in the prospect of a turnaround may see its current trading range as a useful entry point.

There is already enough information out there for Savage to make a call on the stock as he has just increased his 12 month price target from 55 cents to 65 cents and upgraded his recommendation from hold to buy.

As well as having confidence in a turnaround, Savage highlighted that there is the prospect of corporate activity. He referred to recent transactions including the acquisitions of Oakton by Dimension Data, UXC by CSC and Telstra’s purchase of Readify. He also noted the recent $1.63 per share bid for ASG Group (ASX: ASZ) by Nomura Research Institute.

ASZ’s performance since 2012 has for the best part been disappointing. As indicated below, revenue growth between 2012 and 2015 inclusive was sub 10%. 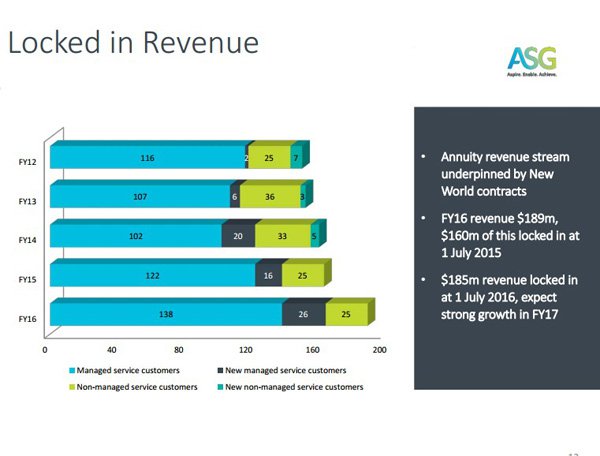 What is important though is that during the same period ASZ’s earnings per share have gone backwards while EPD has achieved strong earnings growth.

Consequently, if ASZ can receive a bid that represents a 38% premium to its volume weighted average share price over the last three months then there is a fair chance that a bid for EPD would also carry a significant premium.