What was the ECB thinking?

The ECB will do the unthinkable following the latest interest rate decision announced yesterday in the European trading hours.

Europe’s central bank, responsible for setting monetary policy across 19 euro-area member countries has announced that it will cut the base interest rate to zero, the deposit rate to -0.4% and most surprisingly of all, will follow the Bank of Japan (BoJ) into buying corporate bonds as part of its quantitative easing (QE) program.

The ECB said that the deposit facility rate was being cut by 10bps to -0.4%, the lending facility was lowered by 5bps to 0.25% and a new series of long-term loans to banks were also announced.

On top of that, ECB President Mario Draghi announced a new four-year loan program that potentially allows banks to be remunerated for taking the ECB’s money if they expand credit to the real economy, in a quartet of operations stretching to 2021.

In other words, banks will be paid even more to write loans to people that cannot afford them; with money they themselves do not have.

The news sent shockwaves around all financial markets globally and sparked severe price tilts in currencies, commodities and equity indices. The Euro experienced daily price reversals not seen since 2011, a period dominated by the Greek credit crisis that undermined confidence in the broad EU federal model. 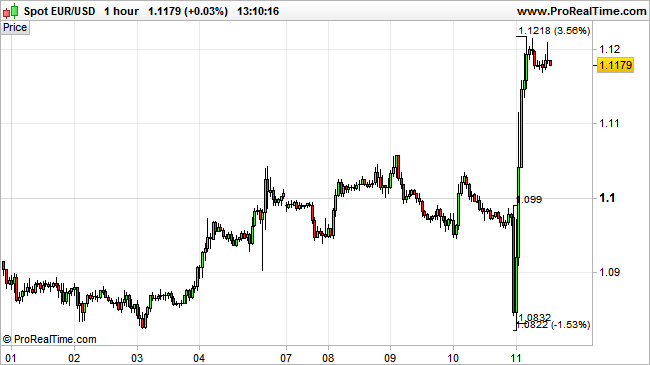 Market analysts and traders were startled to see such volatility and unpredictability in market sentiment.

On the surface, stronger QE measures indicate a negative outlook for the Euro which explains the initial 1.53% decline. The Euro’s strong rally in the hours following the ECB announcement remains unexplained with some suggesting that the ECB’s actions had effectively put a floor under speculation that the ECB was losing control of its mandate and market confidence.

Another possibility, is that the ECB conducted market operations of its own and initiated Euro buying specifically against the major currencies such as the US dollar, Yen and Swiss franc, as a way to arrest the Euro’s decline and ward of market speculators.

As the bloodbath in currencies ensued, equity indices were in cheerful mood buoyed by the prospect of cheaper capital from the ECB. All European indices were higher on the news.

The ECB’s deposit rate is the rate the ECB pays banks to leave money with it overnight. Now standing at -0.4% it means banks have to pay money to leave deposits with the ECB – something the central bank hopes will stir the big lenders to invest capital into the economy, rather than continually hoarding it thereby forcing savers to go out and spend or invest their money.

Or so the theory goes.

Negative interest rates in Japan, Switzerland and part of Scandinavia have not induced higher inflation or broader GDP growth in those countries.

In fact, countries that have been the biggest adopters of QE (Japan, US, China, Switzerland, UK) have experienced some of the lowest inflation and GDP rates when compared to other developed countries.

The decision to add at least another €20 billion to monthly asset purchases remains the key issue however. The ECB has taken the unprecedented step of meddling in private assets by announcing bond buyback programs for corporate debt – which historically, has only served to distort and warp market valuations and investor sentiment, rather than invigorate them.

If the answer is no, then the past 10 years of monetary policy in the developed world (G20) has been going in the opposite direction to its stated destination goals. 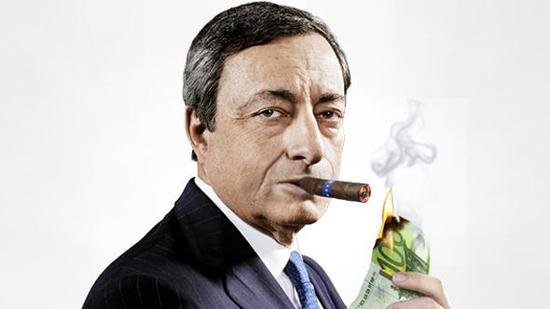 Forty-two days ago, Mario Draghi said there were “no limits” to what the ECB was willing to do in order to reach its mandated 2% inflation target. He hinted that the ECB had the “power, willingness and determination” to take action in March if needs be.

This month’s action comes as inflation stands at -0.2% m/m, the first negative reading in five months.

In a research note earlier published earlier this week, Deutsche Bank asked the question ‘Is today’s the most challenging central bank meeting in living memory?’

The answer is yes because the ECB is now backed into a zero interest rate corner with negative rates already being priced in by futures markets. QE is also on the way up – while asset prices remain anemic and continue to threaten sharp declines at the mere whiff of higher interest rates.