Bullish market sentiment returned in the US overnight as the Dow surged 0.8% or 174 points in response to strong earnings results and positive economic data on the jobs front.

Another factor supporting the rally was commentary from Treasury Secretary Stephen Mnuchin regarding the planned tax reforms remaining in play rather than being impacted by the failure of the health care bill.

American Express’s earnings result was the best received as the stock surged 5.9%. Elsewhere in the financial sector there were also good performances from Goldman Sachs Group (+1.8%), Visa Inc (+1.6%) and JP Morgan Chase (+1.3%).

The tech heavy NASDAQ also performed well, surging 0.9% to close at 5916 points, its highest close in history. This record close also represents a stunning uptick of approximately 36% compared with its 2016 low of circa 4350 points. 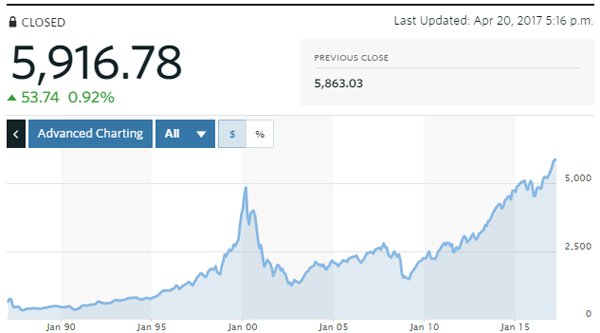 European markets yet to feel impact of terror attack in Paris

European markets were mixed with the FTSE 100 taking most of the session to edge its way to a narrow four point gain, closing at 7118 points.

This also represented a strong year-on-year performance (1100 points in 10 months) and came on the back of strong earnings results which tended to overshadow mixed political commentary regarding the imminent election. 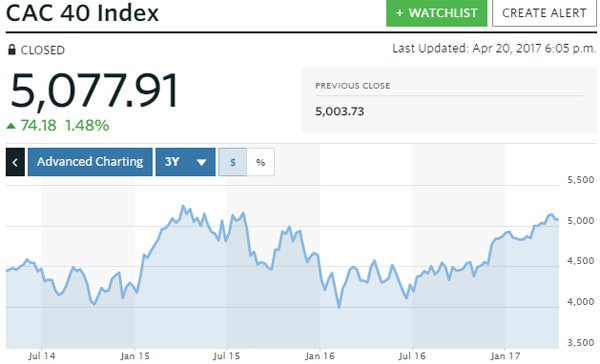 However, with an alleged terror attack in which at least one police officer was killed occurring at the Champs-Elysees after markets closed, volatility could re-emerge when trading recommences tonight.

Gold was relatively flat as it continues to move in a tight band between US$1280 per ounce and at US$1285 per ounce.

Base metals stage recovery with zinc gaining more than 3%

There were some good gains on the base metals front with zinc leading the way as it rallied more than 3% to US$1.19 per pound, having now recovered all of the steep fall that occurred the previous week when it hit a low of US$1.12 per pound.

Copper delivered a similar proportionate gain, closing at US$2.53 per pound.

The only metal to lose ground was lead but this was only a minor slip as it closed just below the US$0.98 per pound mark.

The Australian dollar is fetching US$0.752.