By Jonathan Jackson. Published at Sep 2, 2019, in Features 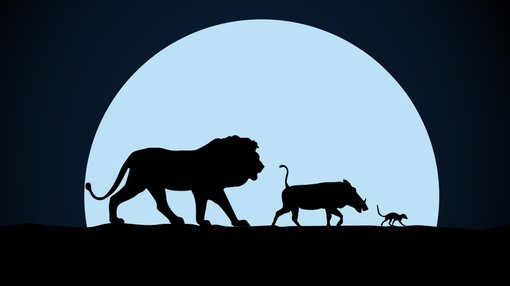 The Lion King has far greater influence than just entertaining hordes of young children and those of us who love a good story, told well.

The movies and theatrical productions of this monster hit have raked in the cash.

According to Forbes, the film's US takings are $512.7 million in 40 days of release, and it has earned a robust $1.01 billion internationally, giving it a current global cume of $1.5 billion.

It’s not over yet for box office takings.

Now, let’s step back in time to 2017 and the 20th anniversary of The Lion King’s stint on Broadway. The show’s global box office, including the take from international productions, was $8.1 billion.

That’s impressive, but as I said, it is not just having an influence on the box office. Merchandising is also a multi-billion dollar industry.

For $40, you can buy the 'Can’t Wait to Be Queen' eyeshadow palette by Luminess Cosmetics which includes shades named after characters Nala and Mufasa.

How about putting a flatulent Pumbaa on the mantelpiece?

Retailers are cashing in. Disney shares roared to life this year on the back of Avengers Endgame and The Lion King releases: merchandise was the cream on top.

Disney shares did drop 5% this week on a disappointing third quarter earning report due mainly to its deal with Fox.

Of course the optimism surrounding Disney doesn’t die. It is Disney after all.

“In our view, the investment thesis is the same and if we liked the stock before earnings, we love it on any weakness,” J.P. Morgan analyst Alexia Quadrani said. “With so many moving pieces between the newly acquired Fox and Disney+ launch, there are bound to be some hits and misses each quarter.”

Whilst Disney dropped this week, back home in Australia Woolworths reported great numbers.

A lot of that has to do with The Lion King Ooshies – miniature plastic animals.

You can buy a limited edition Golden Ooshie Mufasa for $350 on eBay, something you may have picked up if you’d bought $30 worth of groceries in the supermarket.

Ooshies merchandise was some of the most sought after in Australian history.

They even even made general news headlines, most notably the tragic tale of the Murray Darling Basin farmer who infamously cut one up on live television.

Katandra-based hay growers Melissa Portingale and Stephen Black took possession of a precious Ooshie, put it up for sale on Facebook to raise money to fight the drought and ended up receiving a torrent of social media abuse.

Forget the Ooshies, the farmers in the Murray Darling basin need help and they need it now.

The world has become mad, bitter and angry.

Anyway, Woolworths raised full-year profit by 7.2 per cent to $1.7 billion after a robust second-half performance, with normalised revenue for the year to June 30 climbing by 3.4 per cent to $59.9 billion.

According to Yahoo Finance, “The first eight weeks of FY20 have been even better as Lion King Ooshies collectables helped drive 7.5 per cent comparable sales growth across the company's 1,000-plus network of supermarkets.”

The $45 billion capped company’s share price spiked 0.41% on the news.

Those margins are partly driven by its merchandise deals.

Many of the fast food outlets, as well as supermarkets, know a thing or two about merchandising and it does wonders for their bottom line.

Bottom line: sometimes those pesky plastic toys that start school yard brawls and social media rants are worth their weight in gold.