If you haven’t checked out part one yet, you can do so here.

In case you weren’t aware: China is the world’s largest vanadium consumer, and its high strength rebar standard is now in effect.

Under the new legislation, grade three steel must contain 0.03% vanadium. This amount increases with each grade and tops out at 0.1% vanadium in grade five rebar.

This new rebar standard, in combination with the commodity’s ongoing prominence in the batteries sector, has been a major driving force behind record vanadium prices.

To get a better understanding of how VRFB technology works, check out the video below:

While VRFBs have a higher upfront cost than most other batteries, it’s their exceptional lifespan and flexibility that separates them from the pack.

VRFBs typically last at least 10,000 cycles, with future VRFBs lasting likely between 100,000 to 200,000 cycles as technology continues to be refined.

For a comparison, most lead-acid and lithium-ion batteries last between 500 and 4,000 cycles. Lithium-ion batteries don't provide the flexibility or scalability of their VRFB brethren, so it's little wonder there has been a renewed interest in vanadium in 2018.

Large-scale VRFBs are already gaining relevance in China, which is now home to the 200MW/800MWh Dalian VRFB, the largest chemical battery in the world. 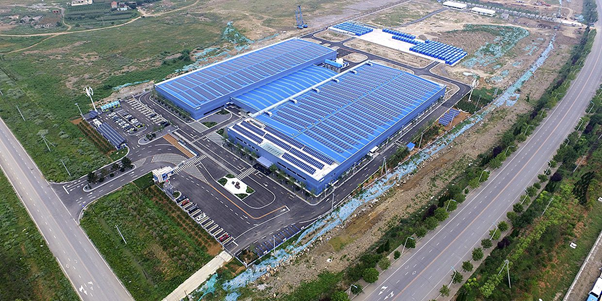 In its 2017 study, the International Renewable Energy Agency (IRENA) examined the fundamentals of VRFB tech and its possible applications moving forward to 2030.

According to the study, VRFBs have extensive applications for network operators and electricity consumers in remote and rural locations. They could be particularly effective as restoration reserves for operators, injecting energy back into the grid to raise and stabilise frequency and perform load levelling in unpredictable regions.

For consumers connected to the grid, VRFBs would provide an adequate power reserve, providing energy for several hours in the event of a blackout.

While lead-acid and lithium-ion batteries can perform a similar role, their scaling inefficiency means they are more suited to rapid grid injection events.

The advantage of VRFBs' consumer side is their ability to reduce household overheads. In theory, they could provide users with the ability to cycle their energy use around peak and off-peak times. This is incredibly beneficial in regions that are subjected to a steep peak kWh price (such as South Australia or rural Victoria).

Given the continued transition to alternative power storage and sources, VRFB adoption should continue to increase and provide a long-term demand for vanadium.

With all of that in mind, here’s five more ASX-listed vanadium plays that are well-placed to capitalise on the growing demand for this new age metal.

Something that differentiates Youanmi from other vanadium plays is its unique oxide vanadium ores, which start at surface and have zero open pit strip ratio to the ore base.

VMC recently completed an extensive geological review of the project, which returned highly promising results, indicating that high vanadium values were distributed evenly across the Inferred Resource from the surface to around 50m depth. 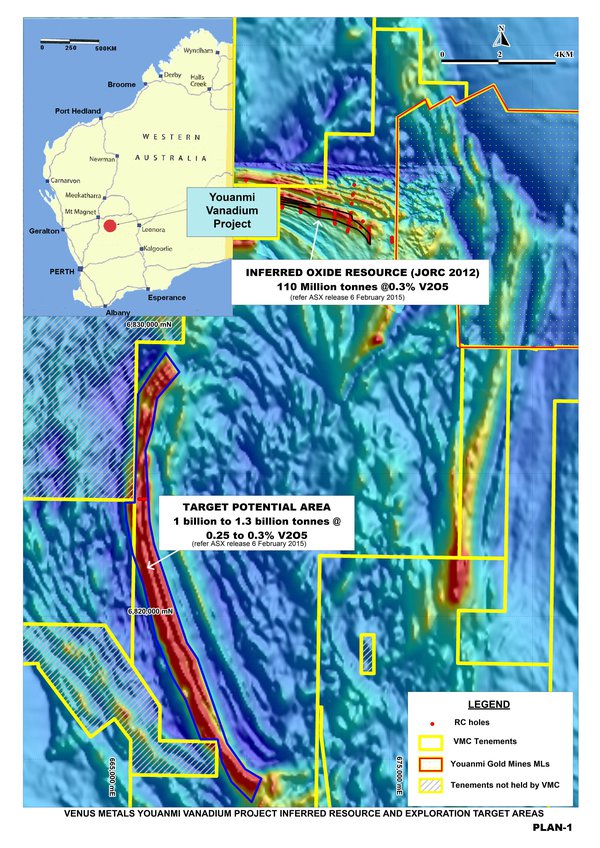 Metallurgical test work has since been undertaken, confirming vanadium recovery rates from the abundant oxide core at between 66.9% and 69.58% vanadium.

VMC is now expediting the development of the Youanmi site, which includes a 6000m+ RC drilling program, scoping study and mining lease applications.

In 2015, the company conducted an initial exploration program onsite, which resulted in a maiden JORC Inferred Resource of 1,326Mt with an average yield of 0.36% vanadium. 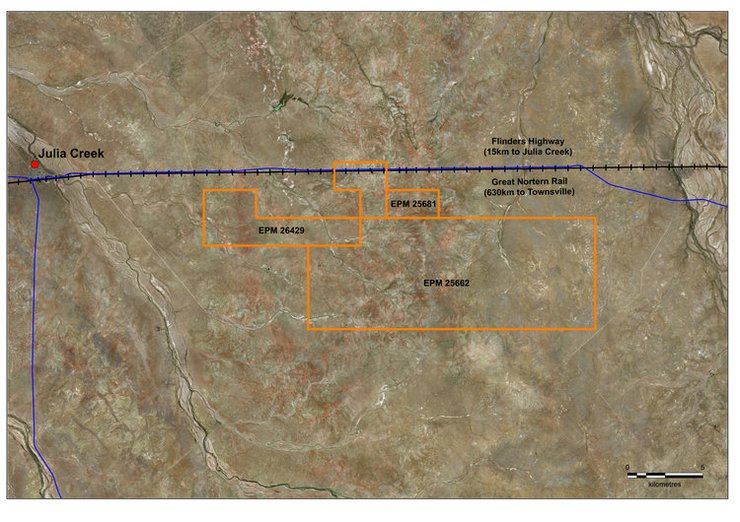 These results are the strongest indication yet that the site presents an opportunity for a world-class vanadium mine.

Pursuit Minerals is an emerging mineral exploration company which holds a world-class vanadium project in Scandinavia.

The company has recently confirmed high-grade assay results at its Airijoki Project in northern Sweden, where historical analysis delivered results including 178m at 1.33% vanadium from 9m.

PUR also has an eye on Germany, which currently does not produce its own vanadium. The nearby country is ramping up its renewable energy efforts as it phases out nuclear energy.

Neometals is looking to develop the promising Barrambie deposit in Western Australia.

Barrambie’s eastern band is one of the highest grade hard rock titanium deposits in the world, containing a Mineral Resource (2005) of 48Mt at 22% titanium. During the acid leach process, the company aims to recoup vanadium from the Barrambie deposit.

Both are located around 560km north-east of Perth. Combined, they contain an Inferred Mineral Resource of 237Mt grading at 0.42%-0.44% vanadium.

The company is now in the advanced stages of planning for its drill program at Unaly Hill, with the same targeting rationale and geophysics to enable similar methodology to be applied to the hitherto untested Victory Bore area.

In part 3 of this guide we will cycle through the remainder of ASX listed vanadium plays.