While the healthcare sector has historically been viewed as a safe haven, well suited to defensive investors, the landscape has changed significantly and there is further uncertainty surrounding the industry.

Regulatory changes, increasingly unaffordable health insurance and a more competitive industry environment are just some of the dynamics that have brought blue-chip health stocks under pressure.

The recent reporting season has already demonstrated that some of the leading companies across the hospital and medical services sectors are under pressure. Much of this has come from government-instigated regulatory changes, but there could be more downward pressure on earnings as other areas of healthcare services come under scrutiny.

That said, the S&P/ASX 200 Healthcare Index (XHJ) is looking fairly robust on a 12 month basis, but don’t be fooled – the market segment is no longer a ‘one size fits all’, sure-fire investment.

Historical data in terms of earnings performance and/or share trading patterns should not be used as the basis for an investment as they may or may not be replicated.

As indicated in the following chart, global players that have dominant positions in niche markets such as CSL and Cochlear have outperformed the index. More importantly though, it could be argued that support provided by index heavyweights with large market capitalisations, and a small cluster of similar businesses, has given investors the perception that the sector is still in good shape.

The contrast between six of the biggest players in the sector can be seen below. Notably, shares in one of Australia’s largest hospital owners and operators, Healthscope (ASX:HSO) are down nearly 50 per cent and the company’s market capitalisation has plummeted from nearly $5 billion in June 2016 to $2.8 billion. 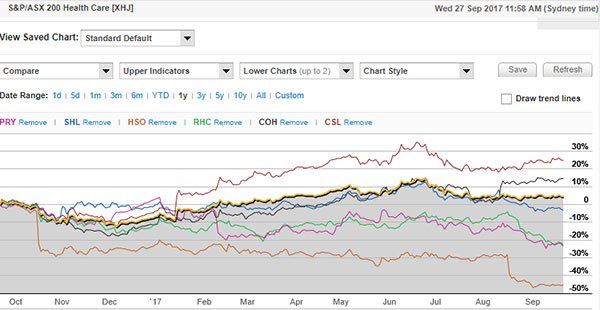 Below, we examine the market segments where most of the carnage has occurred.

As a backdrop, it is worth examining some of the fallout to date. The $12.5 billion Ramsay Health Care (ASX: RHC) which owns and manages hospitals in Australia and overseas was viewed as a company that had a bullet-proof business model.

Firstly, healthcare is a non-discretionary item of expenditure. Furthermore, the company’s dominant market position and its proven ability to grow by acquisition saw it priced as a monopoly with a license to print money.

However, in the last 12 months its shares have plunged from approximately $81 to hit a recent low of $61, initially due to negative sentiment regarding pending industry changes. When management delivered what some analysts described as a low quality fiscal 2017 result, RHC’s shares fell from circa $72.00 to $66.00 in the space of a week, and based on the decline in the company’s market capitalisation since June, roughly $2.3 billion has gone up in smoke. 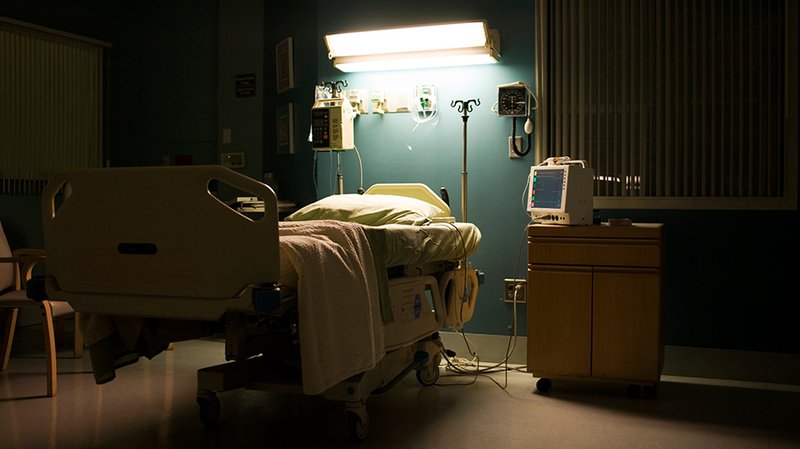 Competing hospital owner and operator, Healthscope (ASX: HSO) has fared even worse with its shares plummeting 50 per cent in the last 12 months. A below expectations fiscal 2017 result delivered in August was the nail in the coffin as it resulted in the company’s shares plunging from $2.20 to a recent all-time low of $1.60.

HSO was also exposed to the medical centre market segment until its recent divestment. Medical centre businesses and general practitioners individually have also been disadvantaged by regulatory changes. Such was the extent of the downturn in this area of HSO’s business that the company incurred an impairment loss of $54.7 million in fiscal 2017.

In fiscal 2016, EBITDA generated by SHL’s Australian laboratory and imaging businesses declined as it was impacted by government fee cuts and specimen collection infrastructure costs in Australia.

Imaging revenue growth of 1.7 per cent was impacted by an unprecedented and unexpected fall in total market growth, likely due to negative government and media publicity regarding potential patient co-payments and other issues.

Where have the patients and revenues gone?

As the potential impact of these dynamics emerged in 2015, SHL’s shares slid from approximately $23.50 to $17.00. With the government already demonstrating its propensity to generate income from profitable businesses in other industries, this segment of the market could still be in its sights. While uncertainty prevails, SHL’s share price could trade erratically. 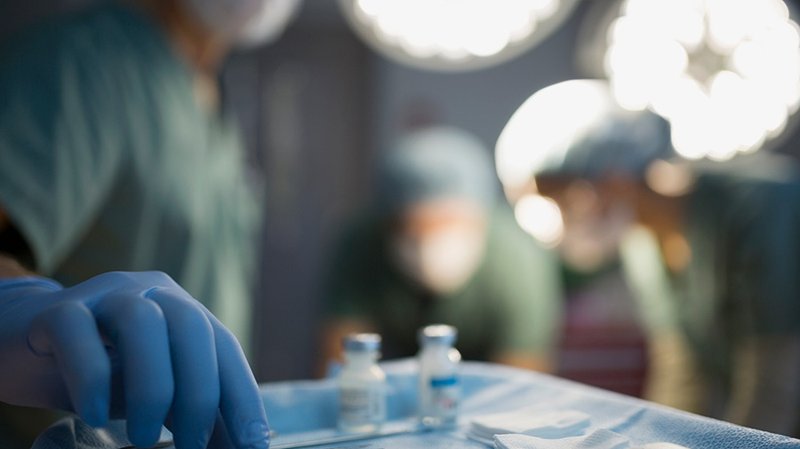 In the last six weeks, it has plunged from circa $24.50 to $21.00 on the back of proposed regulatory changes in the US which could potentially reduce laboratory test fees, by tying fees reimbursed by Medicare to private payors’ rates.

Analysts at Citi noted that the private payor rates (paid to SHL) are circa 20 to 30 per cent lower than medicare rates. The maximum fee charged is set to 10 per cent per year of the previous years’ fee for the first three years and 15 per cent per year between 2021 and 2023.

Notably, Citi has set its earnings forecasts below consensus and management’s guidance, as the broker believes there is a significant risk to the downside.

Primary Health Care (ASX: PRY) operates in similar industry segments, although it doesn’t have exposure to the US. Its pathology, diagnostic imaging and medical centre businesses have been affected by regulatory changes and there is a risk that further changes will result in earnings deterioration.

Similar to its peers in the healthcare sector, PRY was seen as a highly defensive stock, and in its first 10 years as a listed company its shares increased ten-fold.

However, with the company now trading in line with 1999 levels it is difficult to see any light at the end of the tunnel. Like SHL, there is the prospect of further downside.

Can pets be your portfolio’s best friend?

For those of the view that the health care sector has ‘gone to the dogs’, tomorrow FinFeed will review the pet healthcare sector. Don’t be surprised if you see a vast difference – not just in the patients being treated, but in the outlook for the industry.