Manufacturing is evolving before our very eyes.

The Industrial Revolution delivered incredible progress in how things were made and helped to foster generations of growth and economic development. The process of Industrialisation created opportunties for manufacturing, trade and wealth and thereby helped to make poor countries rich as improvements in manufacturing, production and transport were commercialised.

Fast forward to today, and it would seem the world is once again evolving its industrial processes to become better at producing integral goods and services.

Additive manufacturing, more commonly known as 3D printing is shaping up to revolutionise the entire manufacturing process, removing a lot of waste and middle-men in the process. The very DNA of how manufacturing works is changing and it spells both dangers and opportunities for swathes of society.

The Commonwealth Scientific and Industrial Research Organisation (CSIRO) is Australia’s leading sciences research organisation working at the sharp end of a wide spectrum of industrial, manufacturing and scientific research projects.

The organisation itself is both privately and publicly funded with the two types of capital investment categories harmoniously merged for the benefit of scientific progress.

One of the CSIRO’s best examples of truly avant-garde and cutting-edge progress is its Lab 22 – a specialised additive manufacturing facility in Melbourne, Australia where the CSIRO is breaking new ground on a daily basis.

The lab’s name (Lab 22) originates from titanium’s atomic number in the periodic table which is rather fitting considering that Lab 22 works almost exclusively with titanium. 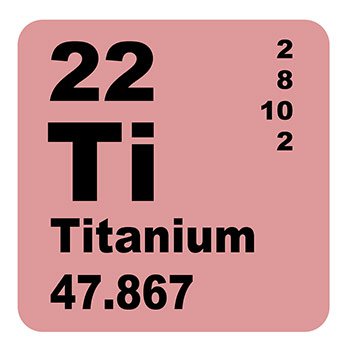 Other metals are also used as part of intricate alloys but its titanium where the CSIRO has identified most commercial applications for its technology.

Finfeed visited the CSIRO’s Clayton laboratory to see more, and speak to the CSIRO’s Additive Manufacturing Operations Manager Chad Henry, who showed us around. 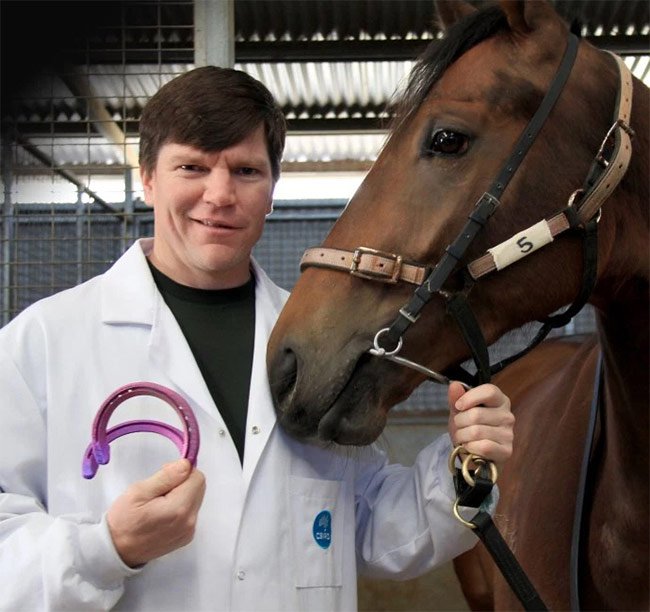 Lab 22 up close and personal

The first thing we noticed when visiting the CSIRO is the hospitality.

Despite being a front-line research laboratory working on some of the most exciting technologies known to man, the CSIRO regularly welcomes both visitors to its research facility as well as inviting businesses to make use of the expensive kit the CSIRO has access to. 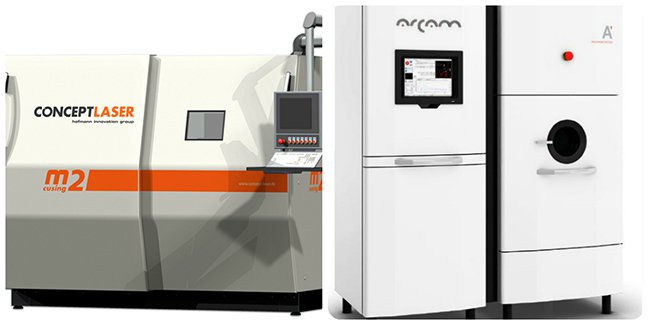 “Small and medium-sized businesses cannot afford $750,000-$1,000,000 for just one of the 3D metal printing machines we have here at our disposal,” Henry says. “Instead of forking out millions on machinery, businesses can instead work hands-on with our researchers in order to perfect their product designs at a hugely reduced cost.”

Being partly government and privately funded allows the CSIRO to benefit from guaranteed funding as well as reach out to private enterprise for additional commercial opportunities. One of the CSIRO’s biggest success stories is its research on Wi-Fi technology that continues to reap royalties for the organisation to this day.

Printing along in Lab 22

The team working in Lab 22 works on a range of projects including jet fighter component parts, boutique biomedical implants and even horseshoes.

Being able to produce incredibly accurate metal components designed and ‘printed’ to exact specifications has given the CSIRO a leading role in shaping how Australia’s industrial manufacturing sector will evolve.

Currently, the CSIRO works with almost 3000 organisations across its 9 departments.

At Lab 22, dozens of businesses are given full access to its facilities subject to pre-agreed conditions and funding arrangements.

“We have created a simple and straightforward way for Australian manufacturers to use our facilities and improve their respective operations as much as possible. Given our funding structure, we offer the same deal to everybody and there’s no preferential treatment.”

On a broad basis, the CSIRO requires businesses to have established operations with annual revenue of between $1 million to $100 million in order to gain access to Lab 22. There is also the assumption that businesses will provide funding at least equal to the government-sourced portion.

Ultimately, the goal for both Lab 22 and dozens of companies using its facilities, is to decrease final component cost and increase the range of applications of printed metal technology.

“A common misconception is that 3D printing is going mainstream and can lowers costs across the board” Henry says.

“It’s actually quite the opposite. 3D printing does not lower the cost for standard components that can be easily mass produced. If you want to print a rudimentary bike part that costs $50, 3D printing and Lab 22 will not be able to beat that. But if you’re looking to design custom-made components for specialised applications – that’s where 3D printing comes into its own. They key is design optimisation,” he adds. 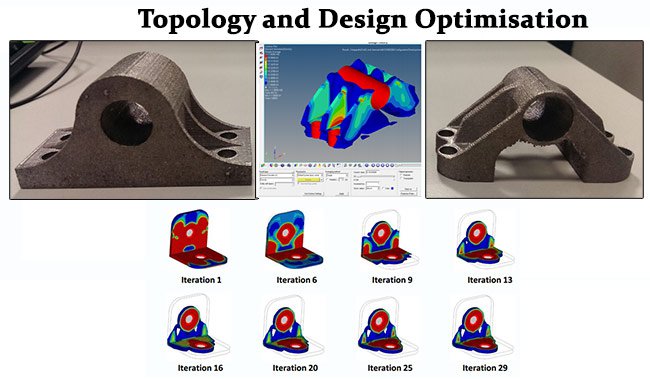 Businesses large and small are able to access the CSIRO’s facilities and create incredibly sophisticated components that could not have been produced in any other way. 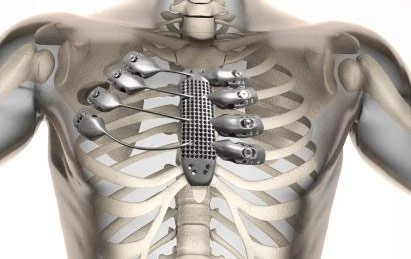 Just recently, a cancer patient received a 3D printed titanium sternum and rib cage designed and manufactured at Lab 22 by Anatomics, an Australian bio-device manufacturer in partnership with the CSIRO. Some of the lab’s other wonders include jet engines, horseshoes, mouth-guards and even heel implants. The common denominator is that all of these components are customised and made to order for a specific patient or definitive end-use.

Using 3D printing to make simple components isn’t worth it because traditional machining methods can do it faster and in bulk quantities. But to create finely designed, geometrically-optimised components, additive manufacturing is the only way to do it.

With the help of the CSIRO’s Lab 22 3D printing techniques are improving all the time. The next step being to combine various other elements with metals to enable even wider industrial applications.

Having a state-of-the-art 3D metal printer in the comfort of your own home remains a distant fantasy, although that’s pretty close to how the printing press was first seen when it made its industrial appearance.