The Australian Consumer and Competition Commission (ACCC) recently handed down a report into the eastern states gas market which had a quite unremarkable solution to the region’s current gas shortage: produce more gas.

It is a simplistic view of a very serious and layered problem which seems to fail to take into account the politics stalling the production of oil and gas onshore NSW.

Most notably, the Lock the Gate Alliance has applied so much political pressure that CSG exploration in the state is all but impossible.

The ACCC’s report was aimed at finding the root cause of expected price rises, particularly in New South Wales. It examined how the market could operate more efficiently to make sure the eastern seaboard wasn’t paying exorbitant prices for gas.

Expectedly, the ACCC found the presence of three large LNG exporting facilities in Gladstone, Queensland, would have a distortive effect on the market – especially when the operators of these plants dipped into the domestic market to fill their gas needs.

With the Lock the Gate Alliance having so much influence, gas which may have been earmarked for the NSW market from Bass Strait or the Cooper Basin, was suddenly flowing up to Queensland making it tough for domestic industrial users to tie down long-term gas supply deals.

“It has been disturbing to watch the activists onshore in NSW which has led to essentially an abandoning of NSW as an investment destination for many oil and gas companies,” managing director of Advent’s parent company MEC Resources, David Breeze, told Finfeed.

“We are strong believers in the ability of gas, hopefully produced from PEP11, to provide a very real and suitable fuel for long term base load power generation in NSW.”

PEP 11 covers 4576 sq.km of the offshore Sydney Basin immediately adjacent to the largest gas market in Australia and is a high impact exploration project.

The Advent-led joint venture is the only holder of a license to explore offshore NSW. 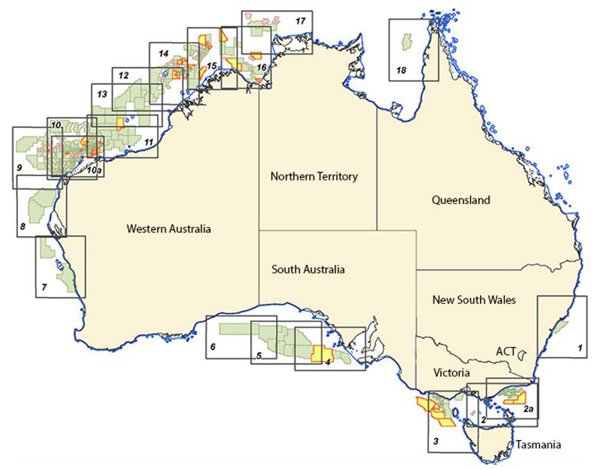 A map of the offshore licenses currently in Commonwealth waters

The joint venture is currently in the middle of preparing for a seismic campaign on a key drilling target of the permit, but Advent’s attention was first grabbed back in 2005 after it struck a deal with Bounty to buy into the permit.

Various oil and gas companies have tried to crack offshore NSW – without a massive amount of commercial success, although an Ampolex/Santos joint venture in the early 1980s did identify a possible resource at the permit of up to 1.56 trillion cubic feet of gas amongst other targets.

The Advent/Bounty JV has since upped this to 5.7 trillion cubic feet of prospective recoverable resources.

There was initial industry interest in the permit, as hydrocarbon seeps had been observed on the water – with the data able to trace these seeps back to the ‘Baleen’ prospect – the main geological feature in the permit.

Hydrocarbon seeps have been the beginning of many offshore oil and gas plays.

“What we know is that nearly all the important gas and oil producing regions of the world were first discovered by surface oil and gas seeps,” Breeze said.

“Furthermore, we know hydrocarbons seep in large concentrations in basins that are actively generating hydrocarbons or that contain excellent migration pathways.” 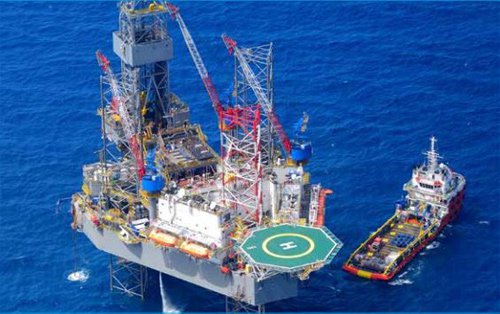 While the current debate around the LNG industry’s effect on the NSW domestic market is playing out, back in 2005 this wasn’t an issue. Instead, what piqued Breeze’s curiosity about the permit was an environmental concern.

“We learnt during this time that over a third of Australia’s carbon dioxide emissions were being generated by about a dozen stationary facilities in the Hunter region of NSW alone,” Breeze said.

“In the time of the Kyoto protocol and the carbon pricing for emissions trading we noted that an underlying social expectation was the days of the coal fired power stations supplying electricity into the NSW grid were likely to be numbered.”

At the time, one of the key suppliers into the eastern market, the Gippsland Basin, was in its twilight years as a producer. Breeze thus saw an opportunity to try and develop an alternative source for the market.

To date, the joint venture has been confined to geological studies to try and find the best drilling targets – although it did drill one well, New Seaclem-1, back in 2010.

That well came up dry, but as with all wells it gave the joint venture more information.

By this stage, however, the oil crash of 2008 was over and the oil price was starting to pick up, with explorers moving on their offshore exploration programs.

Small companies such as Advent found themselves priced out of the market – and confined to geotechnical studies and other projects on its plate.

Looking at the current market, Advent is now able to take advantage of lower labour and hire costs to get back in the game.

“Advent Energy is proud to still be operating in the current climate, and is able to do so by maintaining a lean corporate office and engaging with key technical professionals on an as required basis,” Breeze said.

“Capitalising on the present labour market conditions means Advent Energy can operate in a somewhat counter-cyclical fashion at the lowest operating costs.”

If all goes well, Breeze says PEP 11 could host a “commercial discovery before the forecast shortfall in reserves – indicated by recent media to occur by 2019.”

He said the location of the permit and key targets, just 20km off the coast of Newcastle was a huge bonus.

“Having one of the largest ports in the southern hemisphere and a major gas network just inshore from PEP11 means that this petroleum title stacks up brilliantly for logistical functionality and ease-of-entry into market,” Breeze said.

He played it cool when asked whether Advent was actively courting a major producer to the joint venture, but said it was “inevitable” that one would be involved in the production of the gas.

“We think it is inevitable that commercial production of gas in future is likely to be associated with a major oil and gas group,” he said.

“It is the nimble and agile explorers entering the market now that have the profile that allows them to capitalise on the current economic climate on the expectation of a rebound in energy prices moving forward.”