Coronavirus and the Australian Stock Market


The coronavirus pandemic has rocked almost every economy around the world, and Australia's is no exception.

Although Australia has done a relatively decent job containing the spread of the virus when compared to other countries, it hasn’t been without its issues.

Unemployment has shot up to over 11%, with experts estimating the unemployment rate will hover at around 9% by the year's end.

Yet, despite this disheartening news, government stimulus intervention saved over 700,000 jobs.

Looking at the Australian stock exchange (ASX), it took a major nosedive and fell by about 40% following the pandemic's initial chaos of March 2020.

Since then it has made a decent recovery. Looking at this week’s numbers, the S&P/ASX 200 index (XJO) soared 110 points on Wednesday to close at 6063 points, helping to offset three consecutive days of losses leading up to that point.

This news, coupled with generally positive trends around the globe, maybe a boon for Australians engaged in online stock trading.

Good news from Wall Street has rubbed off on the ASX. The S+P 500 has trended upwards, however, the recovery's longevity is unknown.

Protests in the US, an upcoming election, political bickering stifling the effectiveness of the next stimulus-package, and a vicious resurgence in coronavirus infections in America may severely dampen nascent recovery efforts.

While analysts are uncertain by how much and to what extent this bad news will harm the US-stock market, good news on Wall Street, particularly with the NASDAQ, seems to be having a positive effect on the ASX, which is a result of the high correlation between the ASX and American stock market.

Additionally, the US government has reached a $2 billion deal with pharmaceutical giants Pfizer and BioNTech to purchase 100 million doses of a Covid-19 vaccine, should the one that is currently in testing phase prove efficacious. Besides the events going on in America, other phenomena may influence the ASX's performance as well.

Australia is a country well-known for its mining industry. The mining industry accounts for over 6% of Australian GDP and is, to some degree, helped along by our interest in gold and the strength of the gold price. Two major publicly-traded mining companies, the $10BN capped Northern Star Resources (ASX:NST), and Evolution Mining (ASX: EVN) have both recently reached record high-stock prices.

In times of economic uncertainty, investors usually divert large portions of their portfolios into gold to hedge risk. Thus, this demand for gold, driven by uncertainty in the US market as well as escalating tension in the South China Sea, has hitherto served as a positive-price mechanism for Australian mining companies, and the ASX.

While investors and stock traders may see the above information as a sliver of good news, one major caveat looms.

Although it made a drastic recovery a few months ago, the price of oil has again fallen to just over $40 a barrel. Indeed, Australian oil and gas companies such as Oil Search Limited (ASX: OSL) and Santos (ASX:STO) have experienced a recent drop in their stock prices, highlighting poor investor sentiment.

Falling prices may indicate falling demand in oil, which could further impact the economy.

The precarious state of the global economy is worrisome.

While some Australian companies and sectors are profiting, the drop in oil prices could indicate further economic pain. Due to uncertainty in global markets, exacerbated by the health pandemic, those involved in online stock trading should continue to trade with caution. 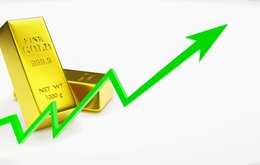