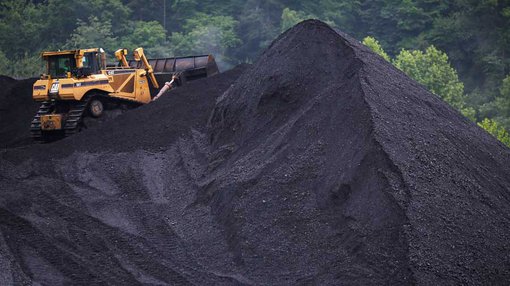 Coal is no doubt doing it tough.

Topping off last week was Friday’s front page news that China has cracked down on Australian coal imports.

Dalian Port Group in China's north is believed to have completely banned imports from five harbours, while other Chinese ports have pushed shipments back by 45 days.

And now there’s confirmation that Australian coal imports to China, which were the country’s largest source of coal, will be capped at a total of 12 million tonnes across all sources for 2019.

Rumours are that the move is in retaliation to Australia banning Chinese telco Huawei from bidding for 5G telecommunications contract along with a breakdown in the nations’ relationship.

In response, Treasurer Josh Frydenberg and Reserve Bank Governor Phil Lowe each urged that we stay calm and “shouldn't jump to conclusions”.

Currency traders, for one, failed to heed the advice: the Aussie dropped a full cent against the USD on the news.

And it makes sense, as the pair were hardly reassuring. Lowe, in the same breath, warned of “very difficult” economic consequences if the coal restrictions signalled a broader “souring” of the Australia-China relationship.

Coal is Australia’s largest export earner, which means the ban is damaging enough in itself, but add to that speculation that iron ore could be next in line to face the wrath of the Chinese.

In other painful news for the industry, on Wednesday night in London, Australia’s largest coal producer, Glencore (LON:GLEN) vowed to cap coal production at 2019 levels.

This all followed news earlier this month, that an Australian court has, for the first time, ruled against the development of a new coal mine due to concerns around greenhouse gas emissions and resulting climate change.

As discussed in Finfeed’s Green Keeper column as week ago NSW's Land and Environment Court denied Gloucester Resources Ltd's plans to develop the Rocky Hill Mine in the Hunter Valley.

All in all, it seems coal is in the pits.

As for coal stock investors, I’d be hoping for some kind of a bounce — a chance to sell and buy into an up and coming renewable or alternative energy stocks on the ASX...