Cloak and Dagger TPP Deal Signed After 8 Years of Discussions 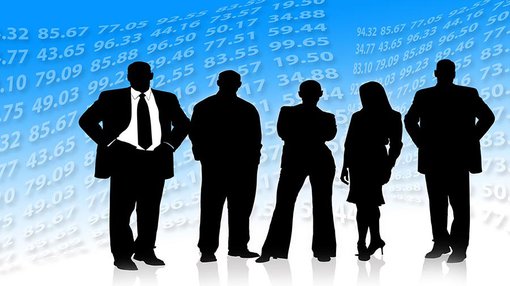 The Trans-Pacific Partnership (TPP) has been finally agreed, after eight years of complex negotiations fraught with numerous stumbling blocks.

Announced on Monday, the TPP deal will see 12 countries ratify a prolonged set of agreements over the coming months, spread across multiple industries, in order to harmonise international trade within the trading bloc.

The agreement is the largest of its kind since the North American Free Trade Agreement (NAFTA) was signed in 1994. Australian Prime Minister, Malcolm Turnbull hailed the TPP agreement as “a gigantic foundation stone for our future prosperity”. In 2014, 30% of Australian goods and services exports, worth A$109 billion, went to TPP countries including Japan, the US and New Zealand as the top three. 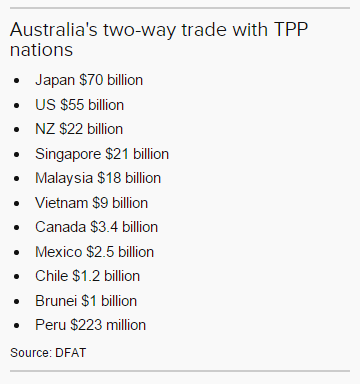 The TPP deal comes in the wake of a global trade slowdown that has seen international trade growth fall into negative territory in the first half of 2015. The slowdown has been largely attributed to national governments moving towards protectionist measures such as quotas and tariffs in order to safeguard domestic employment. Australian businesses are keen for the TPP to be fast-tracked and implemented as soon as possible in order to gain greater access to “Asia-Pacific markets containing over three billion middle-class consumers over the next 15 years”, according to the The Age, an Australian national newspaper.

The TPP agreement covers 12 countries (Australia, Brunei, Canada, Chile, Japan, Malaysia, Mexico, New Zealand, Peru, Singapore, the United States and Vietnam) which accounts for 800 million people and 40% of world GDP. The TPP agreement is a gargantuan 30 chapter document stretching into thousands of pages – a draft of which will only be made available in 90 days’ time. So far, it has not been made available to the public or national legislators. The lengthy agreement covers almost every major business sector, including agriculture, intellectual property, wildlife conservations, customs, financial services, telecommunications and internet security/privacy. Once ratified, the TPP deal will affect broader industries as well as individual consumers which could see reduced mobile roaming charges and changes to file-sharing legislation. Previous versions were leaked by various organisations including WikiLeaks and indicated controversial discussions that were often contradictory to national legislation or favorable towards noncompetitive business practices, sometimes associated with large multinational corporations aiming to maintain or expand market dominance.

The clear beneficiaries of the TPP deal are likely to be large multinationals that have been leading the thought leadership throughout negotiations over the past eight years. Media companies can expect to see their intellectual property rights strengthened as part of a planned crackdown on illegal file sharing, while pharmaceutical firms can expect more stringent enforcement of their patents to prevent the sale of generic copies of their signature drugs. US dairy farmers will now have more access to Canadian markets while US car-makers will have much lower trade barriers to sell cars in Japan – a market traditionally dominated by domestic Japanese manufacturers.

The incumbent governments within the 12 signatory countries have largely welcomed the TPP deal and have hailed its future success. However, many opposition politicians have voiced concerns. High-ranking Democrat Senator, Bernie Sanders, expected to participate in the Democratic primaries to then challenge in next years’ US elections, was vociferous in his condemnation of the deal. “In the Senate, I will do all that I can to defeat this agreement,” said Sanders. “We need trade policies that benefit American workers and consumers, not just the CEOs of large multinational corporations,” he later added. 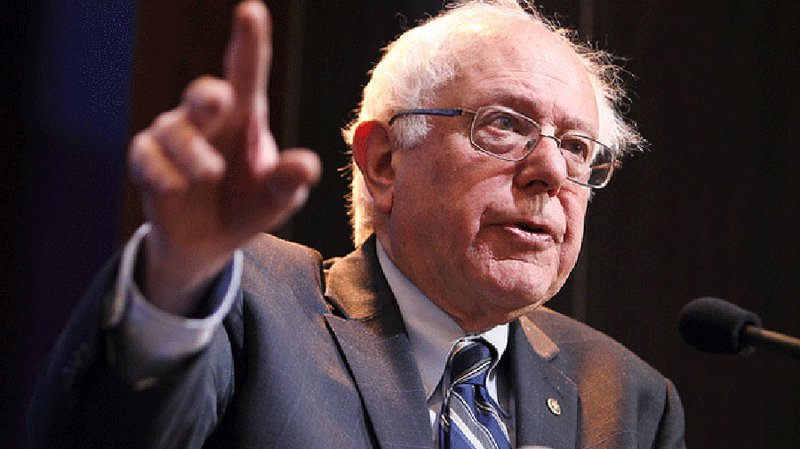 Another influential Democrat, Hillary Clinton has also spoken out against the TPP deal soon after its announcement:

The Australian Financial Review (AFR) published an op-ed article saying, “All trade deals lead to some outsourcing and competition from cheaper imports, and the Pacific Rim agreement won’t be an exception; job losses and lower wages will almost certainly occur. In the broader domestic [Australian] economy, though, trade also creates growth and higher-paying jobs, but that’s a harder case to make.”

The admitted goals of trade ministers negotiating the deal was to boost trade and economic growth within their respective countries. Regardless of its merits, it will only come into effect several years from now, after each of the signatory countries has had a chance to approve the final draft within their own domestic parliaments.

The TPP deal’s biggest stumbling block is likely to come in the form of the US Congress, where approval must be obtained sometime in the next 12 months, for it to become binding. The almost certain prospect of delays is likely to see the TPP ratification in the US Congress coincide with the US elections earmarked for November 2016.

Given the strong negative reaction seen so far, from both sides of the US political spectrum including from front-runner Democratic candidate Bernie Sanders and Republican Mike Huckabee, there is a strong chance the deal will be scuppered by political infighting in the US next year.

The majority of the criticism leveled at the TPP deal is focusing on the high level of secrecy in the discussions phase and corresponding provisions for large multinationals to maintain their market dominance – rather than liberalising and boosting international trade, as advertised.

Possibly the most important hurdle for the TPP deal to come into effect is the US Congress which will only get a chance to review the final TPP draft in 90 days time.

The ratification process is lengthy and likely to repeat the delays seen over the past eight years.

One other signatory country, Canada, will have an election later this month with one party already voicing opposition to TPP.

In Japan, the incumbent Abe government is currently in the firing line from its citizenry over recent ‘security’ legislation that in effect remilitarises the country for the first time since World War 2. Further controversial legislation is likely to face resistance which is in addition to the ongoing backlash from Japan’s farm lobbies.

Eight years in the making, there is still some way to go before TPP conditions are enforced internationally. In the meantime, the TPP has put politicians in all 12 countries firmly in the firing line with a huge challenge of obtaining majority support, for an agreement that is as popular with some as it is unpopular with others.