How can digital tribes help us build a better way of living? 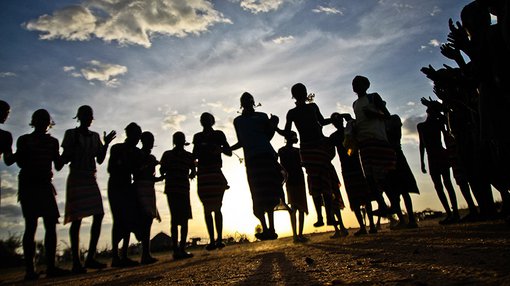 It’s Monday morning, and for some reason, those electric banana yellow slippers have caught your eye online. You haven’t gone so far as to buy them yet, but all day the Internet keeps serving up neon, fluffy pantofles in your face like an overeager shoe salesperson who won’t leave you alone. (And furthermore, Google ads seem to think not only you, but your pet labrador deserves to have her name emblazoned on a pair. But based on the amount you spent on quality dog food online this year, the algorithmic odds are that you will cave and buy those matching canine booties).

If we didn’t know any better, we would say someone has been studying us. The digital world is an analytical animal that relies upon sophisticated algorithms to engulf and interpret data, which is then spat out as a wave of direct personalised messages that seem to “just understand you”. Often without knowing it, we are building our profiles, one bag of dog food, one slipper fetish at a time.

From these ‘résumés’ we unconsciously craft, digital interconnections are made and consumers are segmented into tribes. Whether it be acid jazz or sushi as the common passion, we find ourselves apportioned to communities that draw lines around shared personal preferences and lifestyle choices. These ‘digital tribes’ are connecting and personal, and in some ways contrary to the common lament that technology has a dehumanising effect. And they have literally changed the way business does business.

But what if they could be used to change the way cities do cities as well? Could digital tribalism feed into our design practices, so that we build with particular people groups ‒ their habits and lifestyle leanings ‒ in mind? Could we determine the communities we want to attract, and then build accordingly? From where we’re standing, it could mean the difference between crafting our cities and simply responding to the sprawl.

Likeminded behaviours have always been of interest to psychologists and marketers. In the days when television, print and radio ruled the media roost, working out the target market for your product or service was less complicated, less scientific and therefore, less targeted. Marketing was thrown out over broad-scaled consumer bases like a net, in hopes that the message would be alluring enough to ensnare the buying power of its audience. Websites were thought to be proverbial flytraps; just get your viewers to stay long enough that they would ‘stick’.

But the days of marketing based on demographics and geography are distant domains in the rear view mirror. The new landscape in the windscreen is about common interests over locale; shared values over a singular consumer-based commitment to product. The new normal is about understanding your consumer and feeding those passions and beliefs which ultimately drive sales.

“Traditionally, companies have targeted people by socio-economic groupings, but that misses the point,” says Tudor Aw, Digital Media Partner at KPMG. “There is something about why a certain group of people are together around a certain service or interest that is much more powerful than simply their demographic group.” And so, for that reason, digital and social media advertising is harnessing the power of online communities at a furious pace that is fast approaching a 50% share.

So, if this kind of constant analysis is unlocking magnificent new markets (i.e., the slipper lover may have a thing for doggie gyms too) and creating digital subcultures, the logic follows that our manner of city building should do the same.

Ticking all the boxes

Granted, the idea that people seek one another out and form geographical pockets, based on common aspirations, is not a new one. As cities have taken shape, people have generally flocked to the nook or cranny where they feel they can best relate and thrive. Young people typically want the vibrancy and interaction of downtown city life, while families with small children need the green space and security of the suburbs. There’s generally a natural pairing which takes place, due to circumstances and values and seasons of life. This type of segmentation is almost reflexive, accidental and intuitive as a societal whole.

But what if designers could take our digital tools and make city building a far more intentional exercise? What if our developers could set themselves apart in an already-saturated apartment market by the way they ‘tick every box’ of the tribe they’re targeting? Take, for example, a building that aims to target urban millennial professionals. More than the view or the bus station around the corner, bespoke factors like embedded technology, sustainability in construction, and proximity to the organic food market would be important.

A flow and functionality to the floor plan that supported a work-from-home lifestyle and minimalist philosophy would be equally imperative. The more granular the design elements, the more likely a community would be to resonate with them and ultimately attract their business.

Going big to get small

Before we aim to tick every box, how do we know what are the right boxes to tick? How do we even go about building these social profiles and designing in such a way that we hit the spot? Like anything, if we want to understand the finer details, we have to start by seeing the big picture . We take our hypotheticals and big questions and put them through a refining process. On the other end of our trial-and-testing-and-testing-again, trends emerge out of the fire, which in turn converge to form the ‘right’ design solution for that particular scenario.

The individual’s needs don’t drive design. Architect Eliel Saarinen said instead, “Always design a thing by considering it in its next larger context ‒ a chair in a room, a room in a house, a house in an environment, an environment in a city plan”. Ironically though, as we study the movement and meaning of small collectives, we end up meeting the individual’s needs in the process.

Urbanist Jane Jacobs says, “Designing a dream city is easy; rebuilding a living one takes imagination.” If we want to brace the oncoming blow of unprecedented urbanisation, we have to reimagine design and crack open new monetary value in the building industry . Digital tribes will help do just that ‒ making design both the process and the outcome ‒ the product and the producer ‒ of the kind of resilient, connected and meaningful worlds we envision.

(Aurecon’s award-winning blog, Just Imagine provides a glimpse into the future for curious readers, exploring ideas that are probable, possible and for the imagination. This post originally appeared on Aurecon’s Just Imagine blog. Get access to the latest blog posts as soon as they are published by subscribing to the blog.)