Australia has the potential to become the world’s leader in domestic energy storage, according to a recent report published by the Climate Council, an independent organization providing information about climate change.

As part of a detailed 36-page analysis published earlier this month, the Climate Council predicts battery storage costs will fall dramatically with capacity expected to rise 50-fold before 2025, thereby unlocking the intermittent abundance of solar power.

Australian households are leading the world in the take-up of solar panels for domestic energy supply – but this has been relatively problematic due to long periods of insufficient sunlight i.e. cloudy days and nights. 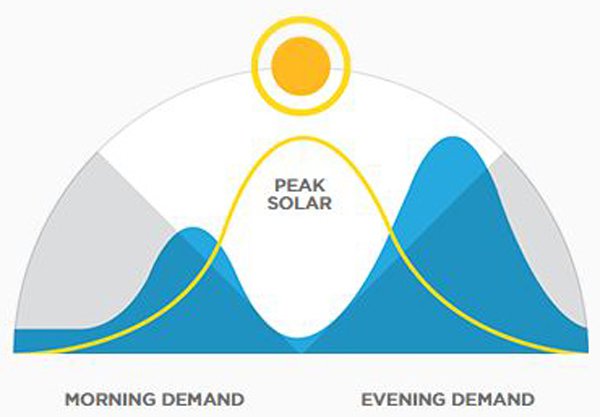 Demand for solar energy is increasing

Technology is moving rapidly to change this as we have seen with breakthroughs from companies such as Dyesol (ASX:DYE), which is looking at installing ‘work anywhere, in any condition’ solar panels into commercial buildings.

And of course in battery storage.

The average home uses more electricity in the morning and evening than during the day when the sun is at its peak.

Without a home battery, excess solar energy is sold to the power company and purchased back in the evening. This mismatch adds to peak demand and raises carbon emissions.

With a home battery, the average household can retain all the solar power it has generated by storing it for use at any time, day or night.

The Climate Council is backing new battery technology to effectively unlock the existing potential of solar power within a country that has a high propensity for solar adoption.

There has been rapid improvement made in the efficiency of batteries over the past decade, delivering better performance at a lower cost. The most sophisticated variety expected to dominate sales in the coming years are lithium-ion batteries, which use high amounts of lithium, graphite and cobalt in their design.

One of the biggest factors that will precipitate the expected fall in storage is the advent of lithium-ion batteries which can be charged faster, discharged slower and hold more power than any other variety currently developed.

The world’s leader in manufacturing lithium-ion batteries for use in households and electric cars is Tesla Motors (NASDAQ:TSLA).

Tesla began construction of a huge Gigafactory in Nevada in 2014, with a view of reaching annual production capacity of 35 gigawatt-hours (GWh) by 2020. Tesla will also produce enough lithium-ion batteries to equip 500,000 electric cars on an annual basis.

At present, Australia has around 1.5 million homes with solar panels installed. Tesla has earmarked Australia as a prime proof-of-concept market, launching its 7 kWh Powerwall system earlier this year. Tesla has partnered with Reposit Power who will lead the rollout of Powerwall systems next year.

The Climate Council predicts that around 50 per cent of all Australian households will eventually adopt battery storage for their solar systems; creating a market of $24 billion.

It is hoped that by 2018, it will become more cost-effective for households to go ‘off-grid’ for their energy supply, as opposed to relying on existing energy supplies sourced from power stations.