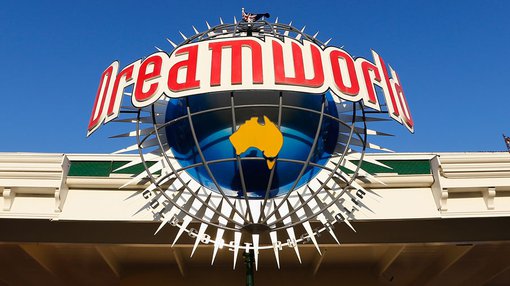 There has been a mixed response on a number of fronts to the trading update provided by Ardent Leisure Group (ASX:AAD) last Friday. Firstly, the immediate reaction was difficult to fathom as the company’s shares traded between $2.09 and $2.27 before closing at $2.23, slightly down on the previous day’s close of $2.24.

However, on Monday the company’s share price finished up 3.6% under relatively strong volumes. But the jury is still out in terms of whether Ardent represents compelling value at this level with some analysts indicating a return to business as usual at its theme parks could result in a positive rerating.

Analysts at Credit Suisse see Ardent’s current trading range as a buying opportunity and it has an outperform recommendation on the stock.

In defiance of this there is a sense of uncertainty filtering through from analysts at Macquarie and Morgans CIMB. Importantly, they are looking beyond the theme park business, in particular the Main Event area of its operations where like-for-like sales in the first half of fiscal 2017 were down 2.9%.

Main event crucial in transitioning to a global entertainment company

As can be seen below, this area of the company’s operations accounted for nearly half of pro forma EBITDA in fiscal 2016, and it is also central to the group’s repositioning as a global entertainment company. 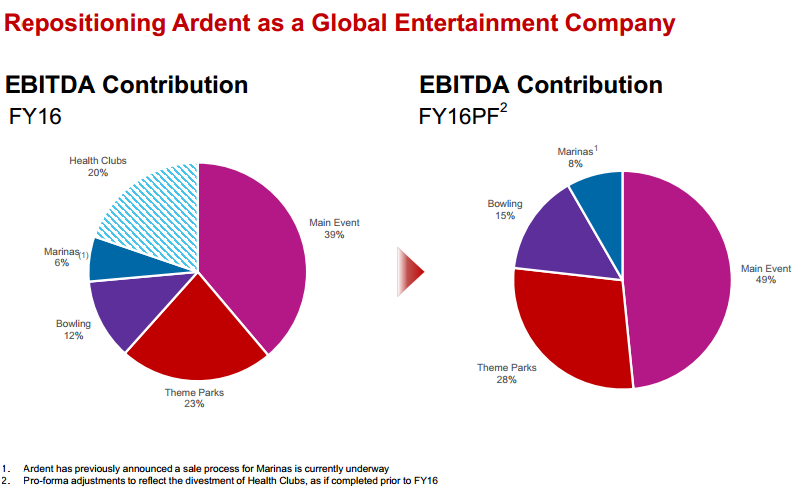 Macquarie said this could be attributed to softness during the election period, but with low single digit like-for-like sales growth flagged in the second half of 2017 it saw the update as ‘disappointing’.

The broker has subsequently maintained its neutral recommendation while reducing its DCF based price target from $2.21 to $2.19.

This is broadly in line with Morgans CIMB. The broker maintained its hold recommendation following the trading update while lowering its price target from $2.26 to $2.16.

Morgans also pointed to weak same centre growth in the Main Event business and lowered its earnings per share forecasts between fiscal years 2017 and 2019 inclusive by 8.1%, 3.5% and 4% respectively.