Anti-trust hearing into Tech giants spoils market, Microsoft and Tesla continue to drive forward… and IT is a big mover 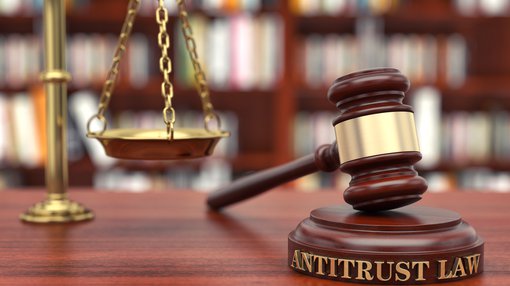 It was that or gold climbing to close to $US1900 per ounce, which is major news and great for gold stock investors, but that says it all really.

So, since I have more of an interest in tech and tech is generally dominating around the world, tech it is.

It has been a big week for Apple (NASDAQ:AAPL). The $US1.6 trillion company has had to defend the fees it charges developers who sell software and services through the company’s App Store.

It is this issue that could be central to a congressional antitrust hearing to be held next week.

Consulting firm Analysis Group has concluded Apple’s 30% cut from developers is standard industry practice. Although, it should be noted the study undertaken by Analysis Group was commissioned by the tech giant.

Analysis Group also noted that after the first year a user subscribes to an app, Apple’s fee drops to 15% – the “low end” of the market compared with Google’s Play Store Amazon.com Inc., Microsoft Corp., Sony Corp. and Nintendo Co.

Regulators in the US and Europe are looking into Apple over its App store, with developers complaining for years about high fees, overly strict rules and that the company’s own apps have an unfair advantage on its platform and devices.

The House Antitrust Subcommittee hearing will feature CEOs from Facebook, Amazon and Google, who are also under investigation. It will look into issues of privacy, content moderation, election influence, and even general economic inequality.

Facebook will be asked questions about acquiring all challengers to suppress competition.

As reported by Finfeed, the heat on Apple took the wind out of the technology sector which has propelled the US market higher in recent months.

Despite the heat on the tech industry, there are some good news stories.

The $1.6 trillion capped tech giant released its quarterly results this week. Notably, its 2020 share price rose 32.4%. eToro analyst Simon Peters said, “A primary driver of that gain, and one of the main focuses of its Wednesday earnings report, is the company’s Azure cloud business. The division is a likely beneficiary of firms pouring resources into their cloud operations as they adapt to a world where virtual working is expected to become a more permanent feature. Microsoft has not been completely immune from the impact of the pandemic; this week LinkedIn, which it owns, announced it will be cutting 6% of its workforce as companies that use the platform to source talent have slowed down hiring activity. Currently, 30 analysts rate the stock as a buy or overweight, and three as a hold, with no sells.”

A profitable second quarter could be a major highlight for Tesla. According to Peters, “it will be one step closer to inclusion in the S&P 500 index, which would lead to a swathe of passive funds buying the company’s stock automatically. The S&P 500 requires four consecutive profitable quarters before a company can join, but its inclusion will not be automatic if it hits that milestone. In Q1 the firm reported better than expected vehicle deliveries, and investors will be watching closely to see if it has handled Q2 similarly, following a 275% run-up in the stock year-to-date. The firm remains one of the most divisive companies in terms of analysts’ viewpoints. Price targets on the stock range from $295 to $2,322, with an even spread between buy, hold and sell ratings.”

London listed consumer goods firm Unilever, the umbrella company of the likes of Ben & Jerry’s ice cream and PG Tips tea, is almost exactly flat year-to-date share price wise. Peters says it is a regular feature in many equity income portfolios given its 3% plus dividend yield and steady long-term performance. “In 2020, the firm’s peak to trough fall was far less severe than the broader market, which it is now more than 15% ahead of year-to-date. Unilever reports its latest quarterly earnings on Thursday, where investors will be watching for insight into consumer demand now that lockdowns are easing in many markets.”

Information Technology was a big mover up over 4 percent. Consumer Discretionary was up almost 2 percent with Energy not far behind. Communication Services was down over 1 percent while Utilities and Consumer Staples were down just under 1 percent.

Of the ASX top 100 stocks, Oz Minerals and QBE performed well up over 9 percent at time of writing on Friday. Tabcorp was up over 8 percent. IOOF, Downer EDI and Flight Centre were up over 7 percent. At the end of the spectrum, Brambles and Alumina, were down over 4 percent. Aurizon Holdings and Telstra were down over 3 percent and CSR, Coles and Orora down over 2 percent.

Dale Gillham of Wealth Within says, “This week the All Ordinaries Index moved up to its highest level in six weeks and, more importantly, looks set to close at its highest level since early March. That said, the move up is cautious rather than confident, which means investors should continue to exercise patience rather than jump into the market for fear of missing out (FOMO). In fact, this fear has seen many make unwise decisions over the past month or so because if the market does turn down, as expected, many inexperienced investors will be caught out.

“While I believe there is time for our market to trade up to around 6,600 points, I still expect the market to peak sometime soon and for it to fall away. For weeks, our market has failed to trade above 6,314 points set on 9 June, and moving past this level in the coming week will indicate whether the target of 6,600 points is achievable. If it fails to rise above 6,314 points next week, means our market will begin to fall away soon into the next low.”