And the gold winners are... 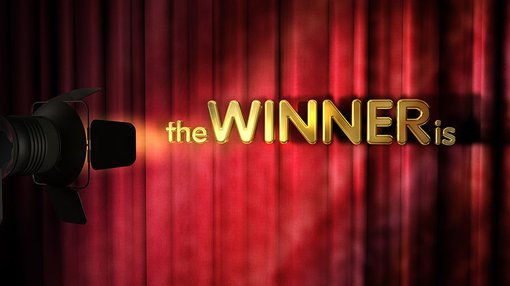 There’s no question that gold is hot right now. The precious metal is priced at above US$1,500/oz — a more than 6-year high — and when priced in Aussie dollars it’s at its highest level ever. The excitement around the metal has spurred some gold analysts to make big calls this week— some even argue that gold is headed towards $10,000/oz.

But if big returns are what you’re after, dare I say gold — as a commodity — is not where they will be found.

Even hotter than gold has been a handful of ASX-listed gold juniors — in particular those with projects in Western Australia’s Murchison mining district, which is shaping up to be a bit of a winner for junior explorers.

Spectrum Metals (ASX:SPX) has been the standout in the region this year, its share price gaining more than 2500% since February.

Exploration at the company’s Penny West Gold Project in the region’s Youanmi gold province has delivered a series of results detailing high-grade gold mineralisation. Having acquired the project in just December last year, Spectrum has wasted no time in converting the project’s potential to shareholder gains with the company’s market capitalisation rising from $5 million to $150 million in a matter of months.

Right next door to Spectrum’s Penny West Gold Project, is the Penny South Gold Project, which as announced yesterday is being acquired by Aldoro Resources (ASX:ARN) as part of the company’s acquisition of Altilium Metals.

While Penny South is the crown jewel, the deal will see Aldoro add to its portfolio multiple advanced gold, nickel and copper mineralisation exploration projects around the Younami gold mining district and the Windimurra-Narndee Igneous Complex.

The announcement saw Aldoro’s share price open 75% higher after its trading halt was lifted and could very well signal the start of a long-term bull run by the junior explorer.

Also kicking goals in the Youanmi district is Venus Metals (ASX:VMC) along with its JV partner Rox Resources (ASX:RXL).

The JV had a solid week reporting bonanza-grade gold intersections from stage 3 RC drilling at the Currans Find North Prospect at its Younami Gold Project.

Gold mineralisation at Currans Find, often of very high grade, is hosted in multiple east north-east trending quartz veins within mafic, ultramafic and intermediate rocks. It’s not surprising that these rock types are also host to the Penny West and Columbia–Magenta deposits south of Currans Find.

Another Western Australian gold junior announcing a set of strong exploration results this week was Classic Minerals (ASX:CLZ). Classic reported drilling results from its Kat Gap Project, which is part of its Forrestania Project and adjoins the Forrestania Nickel Project currently operated by Western Areas (ASX:WSA). These results included 9 metres at 21 g/t gold from 123 metres, including one metre grading 125 g/t gold.

As Finfeed mentioned when CLZ made its most recent Kat Gap announcement, “the continued strong results highlighted today suggest that Classic could be one of the best emerging sub-$10 million market cap plays based on the value of its assets, management’s astute exploration strategy and the quality of the ore in ground that has already been established.’’